Since regaining independence in 1991 Estonia has conceived a reputation of notable achievements. As the inventors of Skype, producers of Olympic medalists, and hosts of renowned song festivals, the people of this nation have a lot to boast about. Yet modest Estonians are often reluctant to flaunt their accomplishments. This may be the reason why the country of Estonia is still unknown to some people, and it might be surprising to learn that famous people such as actresses Erika Eleniak, and Mena Suvari, as well as models Carmen Kass, and Tiiu Kuik, are all Estonian.

Yet beautiful women are not Estonia’s only contribution to the film and fashion industries. Designers Kirill Safonov, Liina Stein, and Aulikki Puniste, to name but few, have each carved a name for themselves in the competitive world of haute couture. Although these designers possess  their own unique style, signature characteristics of Estonian design does not appear to be wide spread amongst their designers.

So what is considered typically Estonian when it comes to their clothing? Ask any local and their first response would most likely be their national folk costumes. These cultural uniforms have a history that date as far back as the 11th century and are as distinctive and diverse as the Scottish kilt. Colours and patterns vary and are differentiated by the region they belong to. Today these folk costumes are most often seen during national holidays or at events such as song festivals and ceremonies that commemorate Estonia’s heritage. During the 50 years of Soviet occupation they were often worn as a form of protest against Soviet oppression. Now that this European Republic has established over 20 years of independence, is there a danger that these cultural identifiers will be deemed old fashioned by the younger generation? Is it possible they will disappear completely?

Perhaps not, as one Estonian designer feels they don’t have to. Liina Viira, an Estonian Swede who left Stockholm and moved to Tallinn in 2005, felt a compelling need to preserve this part of Estonia’s heritage in a creative way. While studying Estonian language at Tartu University in 2006, she entered Supernoova – a popular design contest held in Tallinn. With her background in fashion (Liina learned her trade at H&M in Stockholm), her friends felt she had a  good chance of winning the contest. In fact she placed third in the professional category, and the publicity that followed brought offers and opportunities for her to design for national theater and dance companies. 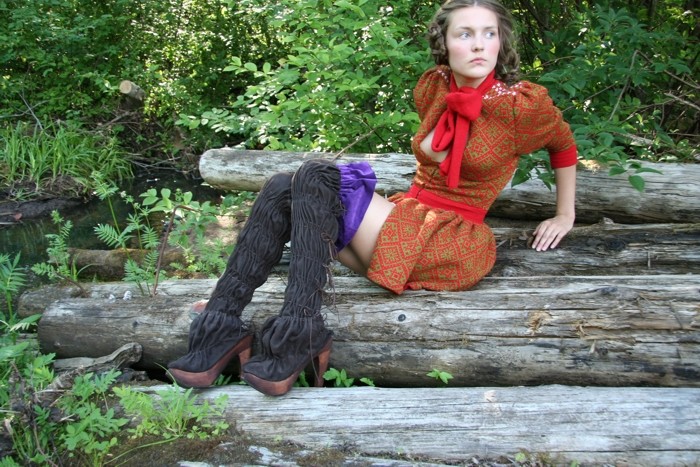 “Back then Estonians were a bit shocked (in a good way) that I took the traditional clothes and turned them into something modern, and used them in a new way. Nobody had “pushed the envelope” quite that far before…I even made knitted underwear!”, says Liina. Viira’s blend of traditional Estonian folk patterns fused with trendy and modern designs were met with enormous approval.  As a result of this support, her collection grew and her own unique clothing line was born.

Viira’s flagship store Naiiv, located at 33 Pikk street, in the Old Town of Tallinn, has been going strong since 2010. So why the name Naiiv when it’s obvious that this designer knows what she’s doing? According to Viira’s business partner Katri Sander, “Liina took the first naive step toward trying something new, and she believes taking things too seriously can kill the opportunities and the creativity.” 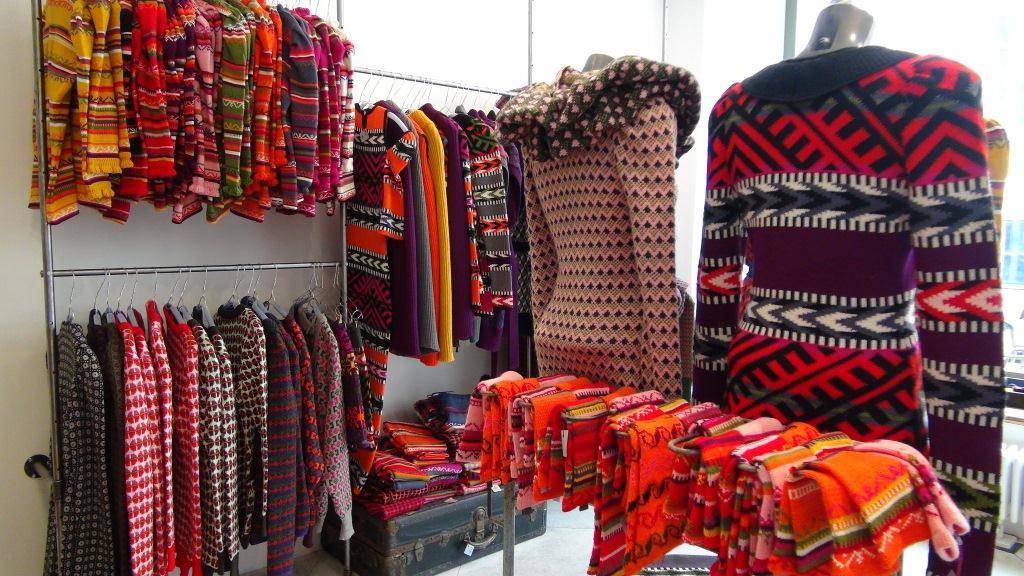 The youthful spirit of fun is certainly evident with this designer, and her quirky style could be likened to that of the famous designer, Betsey Johnson. Viira’s Scandinavian influence stemming from her years in Sweden is obvious in the vibrant mix of colours that she uses, while the Estonian folk dresses are an apparent inspiration of the knitted designs. Sander and Viira both feel that fusing traditional and modern is a great way to keep the folk dresses alive. As Sander points out, “It doesn’t need to look old fashioned, combining traditional folk patterns in the clothing and then wearing them with a pair of jeans or sneakers enables the traditional to move forward and remain current.” 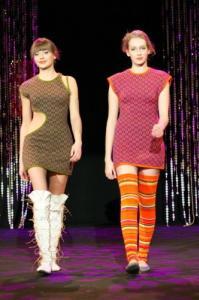 So how does the younger Estonian generation receive the clothing? “It depends on the individual, the younger generation want to remain unique and have their own way of dressing. But the line is not only for tourists, in winter time locals want the wool too – especially when it’s -25°C outside,” laughs Sander. The 100% lambswool used in the Naiiv line is sourced locally and is of the highest quality. Yet wool may not be the only fabric used in the future, Viira currently has plans to include other materials such as linen, and leather. Interior design products including pillows and blankets will soon be added to her collection, as well as the arrival of both a children’s and men’s line of clothing.

Sander hints that the business is expanding, “We are developing a network with companies in Germany and Sweden who have shown an interest in Naiiv.” Is North America on their radar too? Sander laughs, “You never know.” Recalling her statement made earlier, expansion into North America may only be one more naive step away.

Tania Pisa is a freelance writer and second generation Estonian Canadian. She recently returned from her first visit to Estonia where she met some of her relatives for the first time. While in Estonia, she also created her first short documentary about the discovery of family that had been displaced during WWII. Tania is currently writing her first novel.