Born on 20 August 1984, Ingrid Lukas is an Estonian singer-songwriter, pianist and composer. Ingrid studied piano for three years at the Tallinn Music High School, before moving to Zürich, Switzerland with her family in 1994. In 2007 she graduated from the HMT Zürich (Hochschule für Musik und Theater) as a vocal teacher of pop-jazz music. Since 2007 she has been performing with her own band and is currently signed with Universal Music.

Ingrid’s music is based on the beautiful Estonian music traditions, haunting, extremely lyrical and melodic. Using that background, along with her Swiss influences, mixing jazz and even some pop elements into her music, Ingrid manages to create a unique and personal atmosphere. That, together with an exceptionally clear voice and strong expression of thoughtful lyrics makes her very unique vocalist.

Estonian music journalist Valner Valme has described Ingrid’s music as such: “I’d say that it comes from the Estonian soil, rises through the Norwegian dawn and lands on the mountain ranges of Switzerland.” Canadian music critic John Kelman, of Allaboutjazz, wrote about Ingrid after her last album release: “Lukas’ Silver Secrets is hitting the streets, demonstrating palpable growth in her writing and overall conception, as well as an attendant increase in confidence. A capable pianist, it was Lukas’ voice – a combination of delicate fragility, unassuming honesty and, at times, unexpected power – that separates her from so many young singer/songwriters her age. Lukas’ ability to feel somehow grounded in the music even as her delivery – and that of her fine band – gave it an ethereal, otherworldly quality, made for a compelling and appealing set that felt somehow like being transported to an alternate reality for 80 minutes or so.”

After a debut album “We Need to Repeat”, Lukas recently released a new album ‘Silver Secrets’ under Universal Music, and is back in her home town Zurich, between a tour in the US and another one about to begin in Germany in late October. We met at a café in the Zurich Old Town to talk about her music and future plans, which includes a soon-to-be released third record.

I have recently listened to both of your albums – in fact, my wife and I keep both of them in our car as part of our favourite music to listen to, when we are travelling. I have also noticed that while most artists’ records only have one good song at most, and the rest are so-called ‘filler’ songs, I must say that on your albums the number of songs one wants to listen to again and again, is much higher than usual. Out of many such great tracks, is it hard to select one title song and do you get to pick this title song yourself – or does your producer give you guidance and recommendation on this?

Let’s talk about your first album for a moment – We Need to Repeat (Ronin Rhythm Records – 2009). When I listen to it, and especially on certain songs like “Two Souls”, I believe one can hear some remote influences from some of the great artists of our time, like the father of minimalism Steve Reich and Philip Glass – and possibly even the greatest Estonian composer Arvo Pärt. What makes this minimalist musical texture interesting is that it is then interposed with a style that one could call the Estonian Pagan Poetry, or the Estonian vocal folk tradition. But who and what would you name as your influences?

Undoubtedly, Arvo Pärt has been a great source of inspiration for my music and continues to be.  Then of course the great Estonian singing tradition in general has given me a quite a bit of power. Estonians have annual and bi-annual song festivals which are rather grand affairs and sometimes it feels that every third person in Estonia is in a singing choir. In particular, much of my work has roots in the Estonian folk runo-song singing tradition, and indeed I am strongly attracted to the simplicity and power of these special songs, which have survived for centuries. Apart from music, in a wider sense I am inspired by the people around me and my relationships to them. Finally, I draw ideas from the elements of nature, especially nature in Estonia – its sea, cold freshness, and darkness – and Switzerland with its archetypical mountains. 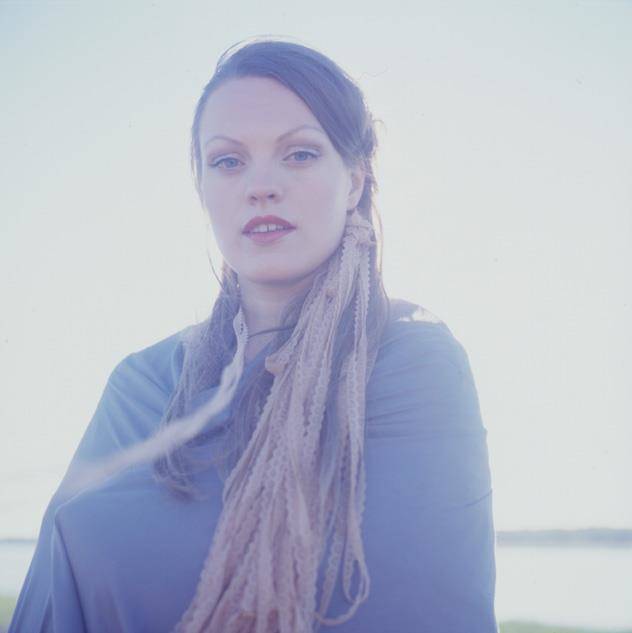 Turning now to your second album (Silver Secret –  Universal 2011), it is widely known that it was produced as a collaborative effort by the Icelandic producer Valgeir Sigurdsson, who is also a producer  for Bjørk,  and hence some people have even called you the ‘Bjørk of Estonia’. Do you consider this as a compliment – is it an accurate comparison and do you see any similarities? Or do you see your musical direction as quite something different from that of Bjørk?

First of all, it is a great honour and compliment to be compared to Bjørk, and of course I have been influenced by her music at some point of my career.  I view all influences and interactions with other artists almost like conversations and they all come and go in phases. For instance, my Bjørk’s phase was some ten years ago and I realised already back then that I need to find my own way and sound more like Ingrid Lukas, rather than Bjørk.  As for my collaboration with Valgeir Sigurdsson, I like the way he creates sound and records instruments – and mixes them, which is completely unique. If I compare my music to a nude body, then we could say that he was the right person to dress it.  How did it start? One day I simply emailed him, talked about my music, sent him some samples and asked if he would be interested to collaborate – and to my great pleasure he was!

If you could name few top singers you have been listening to recently, who would you mention?

Do you have a specific process of preparing for your next record, such as collecting a library of sound families and lyrical fragments, or does a new inspiration just come to you spontaneously at the most unexpected moment?

I have a general approach, but its particulars vary slightly and evolve with every song and record. I do have a small notebook which I take everywhere since as soon as I get an idea, I need to write it down. I once went running and inspiration came to me, but I had no pen so I had to ask from a passing policeman for a pen and paper to write down my ideas [laughs]!

So whenever I hear some ideas or sounds, I have to write them down immediately not to lose them. Sometimes it is a single sentence which can be so powerful that it becomes the refrain for a song. Then I usually sit behind the piano and start singing and playing with this sentence. Once I have these anchor sentences, accompanying melody comes rather easily – I simply start improvising and see where the music takes me, and I only need to go along, really. I then tape these sessions and later on decide whether there is something to it that could make it into the recording stage. If there is, then I begin breaking down the text into verse, bridge and other similar components, and I start working towards musical arrangements and the interplay of words and sounds. This is the general framework or approach for all my work.

I sometimes even hear melodies in my head while at sleep – I wake up in the middle of the night and start playing on the piano that I keep next to my bed, so I can immediately capture it. 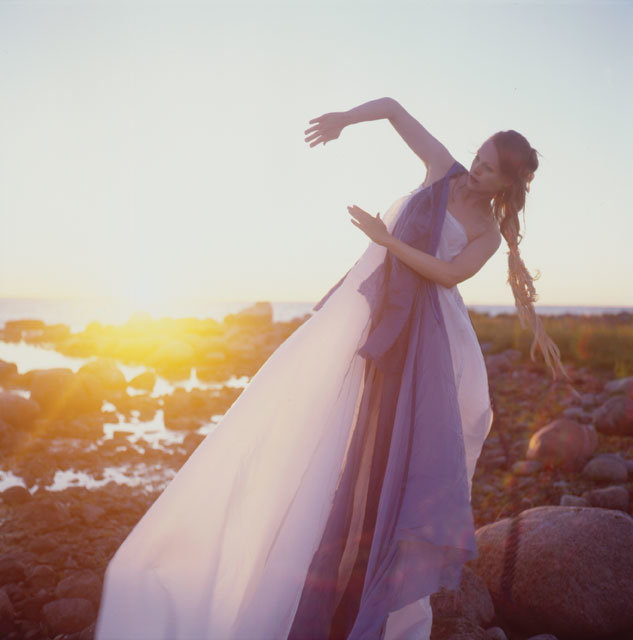 You once said that your roots are in Estonia but your wings in Switzerland, which is a nice metaphor for an artist who is part of the Estonian diaspora abroad.  Which countries do you see your wings taking your music next to?

The immediate plans are to grow my audience in Germany, Scandinavia and the UK, and potentially in the US someday.

Which composer or singer do you dream about collaborating with?

I would love to collaborate with artists such as Thom Yorke of Radiohead or Jónsi of Sigur Ros.  My immediate aspiration is to work with the Estonian poet Doris Kareva, whose poetry I like very much. I have made the first contact with her and I hope that someday she could write the lyrics and I could arrange them into a song or songs.

Finally, what advice would you give to young Estonian singers and musicians who would like to follow in your footsteps and try to break into the world music stage, like you have?

As a musician, it is important to have an independent character and you have to know the strengths and weaknesses of your musical character. I am only drawn to musicians who have a very distinct personality, which you can feel in their music to the extent that it feels like they have poured their soul into it.  Do not try to copy anyone, but try to find your own style and voice, even though it may take a bit longer to find success. Finally, do not be afraid of failures along the road, and make sure that you are able to learn from these failures, and never, ever give up!

For details on current German tour and other information see Ingrid Lukas’ website: