Trad.Attack! is a band that specialises in giving roots and folk music a modern kick using samples of archive recordings in a funky, contemporary manner that is taking the world by storm. The band’s debut album, ”Ah!“, won the group three Estonian Music Awards this year. Estonian World caught up with the band members after their capacity sets at Tallinn Music Week.

Before this interview, the Canadian-Estonian writer and satirist, Vello Vikerkaar, was talking about Estonian music. “Trad.Attack!… I could choke on all the local press they get. Are they worth listening to? I have no clue.” The wizened, cynical old man, whose book, “Tantra Man”, was released recently, obviously hadn’t been near a radio or to the Tallinn Music Week in April, because if he had, he would have been in for a surprise.

The trio calling itself Trad.Attack! has been active as a band for just over two years, although all three members have long and varied histories on the Estonian folk scene. Sandra Sillamaa, specialising in bagpipes, among many instruments; her fiancé, guitarist Jalmar Vabarna; and drummer Tõnu Tubli are experienced musicians who bring a sense of craft to their recordings and performances. 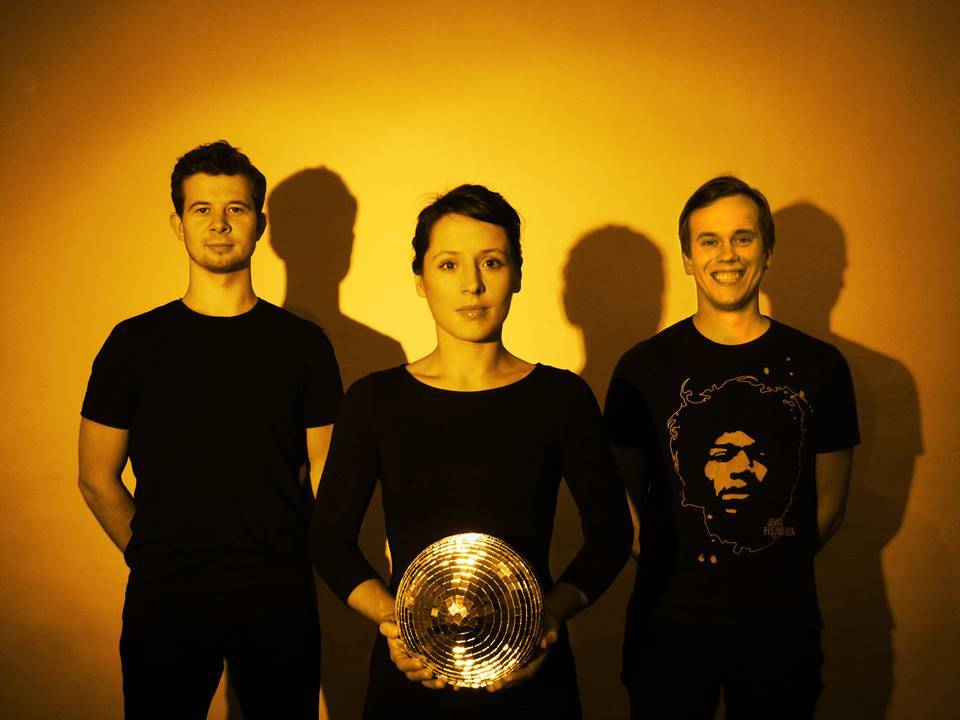 When the multi-tasking of the band’s members is brought up, Vabarna, who is also a member of Estonian folk-scene darlings Curly Strings and made his name originally as part of Setomaa’s legendary Setod (his sister is the current Queen of Setomaa, an elected position) seems a little defensive. “I can name more than ten names who play in more than I do – it’s just that the groups I play in are known. But it’s normal life for an Estonian musician to play in more than one band, because Estonia is small and it can be hard to live off just one.”

Tubli insists it’s not hard to switch perspective depending on which band he is in. “I played classical trombone before I played drums, Sandra’s done symphonic orchestra as well as bagpipe pieces. It’s normal – if I go to a jazz club I know what’s expected of me as a drummer, and when I join these guys I know too. Of course, when you’re a teenager, you always want to have the one band.”

It’s not been an overnight success story for Trad.Attack!, with the band building up its following in an organic way. Although it could be argued that the members’ reputations gained them an early spot at the Tallinn Music Week in 2014, when they debuted with a five-song repertoire and won the audience over with panache and power-chords, ever since then it’s been a matter of near-constant touring and recording. The group’s 2015 album, ”Ah!“, contained tracks familiar to audiences at festivals and concerts all over Estonia and further afield. Although Trad.Attack! has had plenty of publicity, as Vikerkaar mentioned, this has been a slow-burn rise.

“The band idea was to do it for fun, for ourselves,” Sillamaa explains. Tubli adds, “We thought, ‘let’s do a jam band, really simple, don’t rehearse, no hard-core arrangements’, and now here we are.” Vabarna points out the influence of a good profile abroad, saying that when they began getting rave reviews from around Europe, “people here started to think we must be good, if we were playing outside, so they got to like us. Maybe it was a similar thing with Ewert and the Two Dragons.” 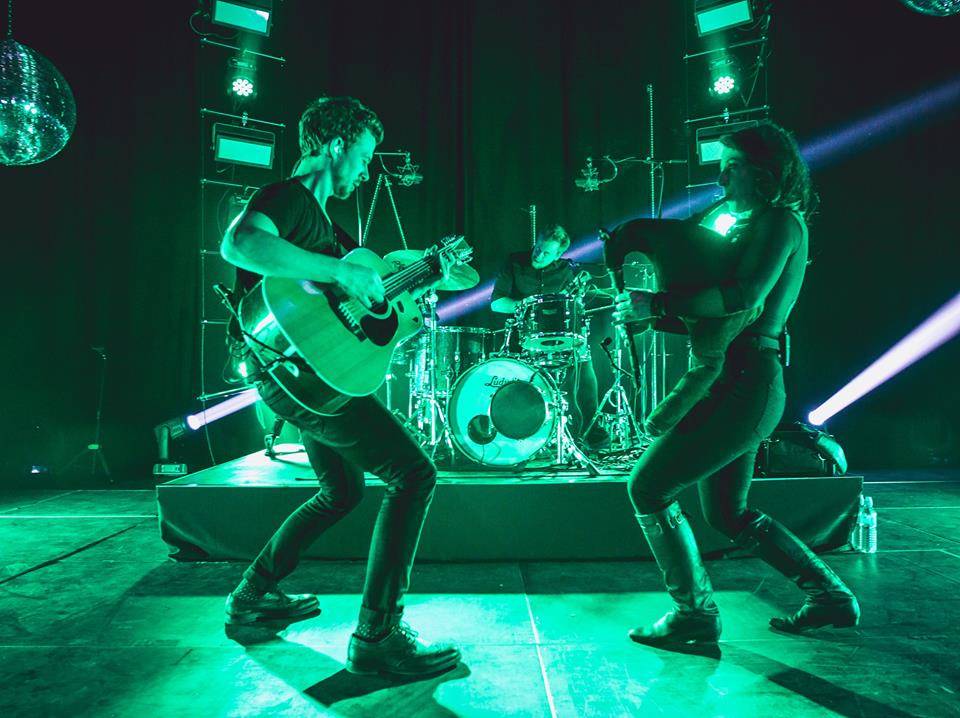 Jam band they may have been initially, but Sillamaa and her colleagues could see a future for Trad.Attack!, if they could be accepted by the most committed followers of traditional music in Estonia, their loops of archive recordings feeding into rocked-up interpretations of historic reels. “We said [at the time] we have a folk music police in Estonia. But I’ve studied folk for fifteen years, he [Vabarna] comes from a strong tradition going back to his grandmother. So I think we have the right to use these songs, and we know how to use them, the history behind the songs… If it had been two or three students who had done this who no-one knows, I don’t know what the reaction might have been.” The only real question for Sillamaa has been over the use of some mantras found on tape. “Sometimes I wonder about using some of the chants on the stage, because they used to be very personal… but it’s not a big dilemma.”

“People thought you shouldn’t bring some songs on the stage,” Sillamaa continues, “in the old days it was very functional – people played music for dance. There are some people who think some songs shouldn’t be played on stage. It’s okay now, but ten years ago there were some quite radical people. They’ve grown up with the tradition. Maybe they don’t want to change things, maybe they’re afraid things will get lost – but I think if you want to keep things going you have to change with the times.” 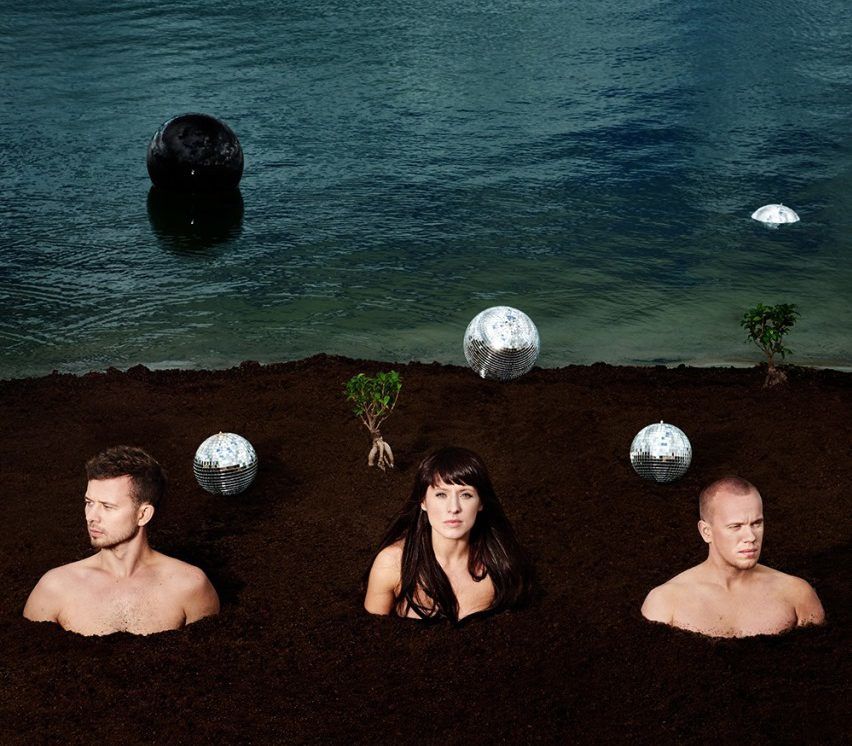 Considering so much of the conversation has been about modernisation, it’s intriguing that Trad.Attack!’s members, particularly Sillamaa, are so interested in dipping into the history and culture of their ancestors. “Actually I’m going to the archive this week,” says Sillamaa. “So much hasn’t been catalogued. It’s a really cool old building in Tartu. I also have a secret agent in the archive! I write to her asking if there is a song with, for example, a specific bagpipe in it, and then she goes to look for it. They’ve started digitising it, so there’s interesting material coming up all the time. I think there are great recordings that I’m so glad aren’t just staying in the museum. I think it’s a way to preserve it. No-one would have thought ten years ago that these archive recordings would become so popular that radio would play it!”

Tubli agrees that it is better to air the chants than not use them at all. “At the Tallinn Music Week showcase we played a song about the moon, and at the moment the moon is growing old. So after the gig we talked about whether it was the wrong time to do it, and whether we shouldn’t have, but at the same time, you’re just presenting the chant.” According to Vabarna, the original idea had been to cover, rather than sample, the words. “We tried to sing those songs ourselves, but it didn’t sound right. Sandra suggested trying the loop, and on the recording it worked. Then we tried it live, and it worked just as well.”

After Trad.Attack! played to converted and unconverted alike at Tallinn Music Week, the band began preparations in earnest for a flight to China, with dates including the Sound of the Xity and Strawberry festival, then a stop-off in South Korea. Finno-Ugric traditional reels seem an odd bedfellow with Chinese folk culture, so one obvious question is how the band’s music would fit the vibe of the festival. “It doesn’t!” Tubli responds. “It’s kind of like when at the Viljandi Folk Festival you have a band from Mali coming. When you go to China, as a band from the other side of Russia, it’s exotic for them, hearing Estonian and so on. I actually bought a Chinese book – just two weeks ago they published a Chinese-language book, for really fast learning. It’s always nice to say at least something.” 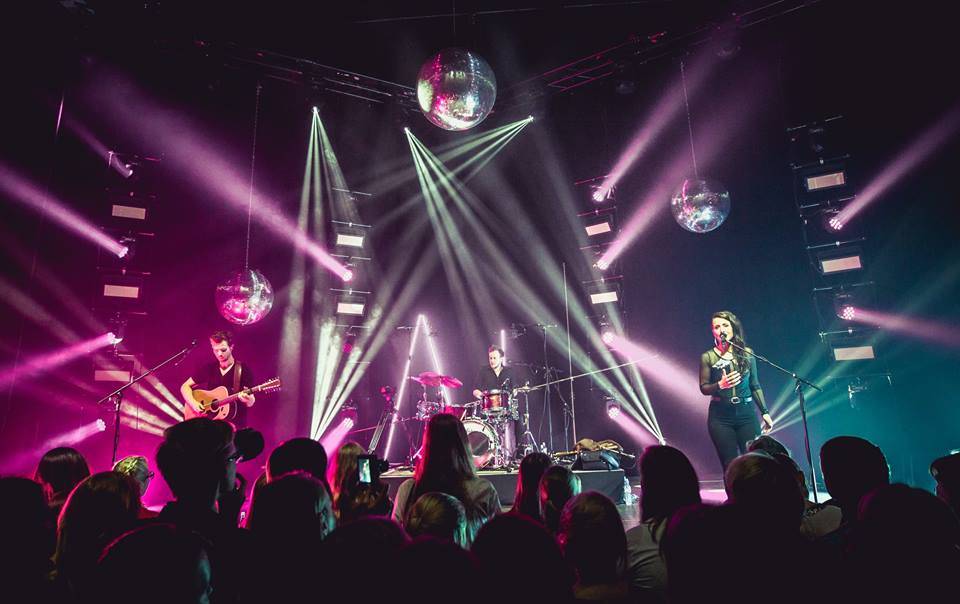 Vabarna, easily the shyest of the trio, stresses the difficulty of meeting new artists and getting to know new people at festivals. “If you’re touring, socialising is complicated. I guess we’re more of an introverted band; we don’t usually meet with other bands until about six in the morning! But if we’re going to a festival, we try to get the maximum out of it. At Viljandi, we meet everyone, every day, upstairs in the Folk Music Centre.” He nods in agreement when it is suggested that Viljandi is important for the maintenance of traditional music. “If not for Viljandi, we wouldn’t have a folk scene on the level we do.” Sillamaa adds, “It’s an inspiration for bands. If a young band goes to Viljandi, they get inspired to go on tour, and to play live – that’s certainly how I felt.”

The band continues talking, and there is speculation about future ambitions. Sillamaa expresses her wish for the trio to win a Grammy award, and play in every country in the world. Trad.Attack! paints a new picture of a very old culture, and it seems it’s the band’s authenticity and enthusiasm that has the attention of so many new fans around the world. Whatever happens for them in the future, it will be exciting to witness.