This summer, the premiere of one of Estonia’s most ambitious art events will not be found in Tallinn or Tartu, but in Rakvere. In addition to hosting the biannual Baltoscandal Theatre Festival, which draws thousands of theatre troupes and lovers from across Europe to the Estonian town, Rakvere will also host Estonia’s first large scale outdoor art exhibition, entitled “Kilometre of Sculpture”.

Taking cue from the Kilometre of Culture initiated during Tallinn’s tenure as a European Capital of Culture in 2011, Kilometre of Sculpture broadens the contemporary art field to less familiar parts of Estonia. Rakvere, located just an hour outside of Tallinn, is an ideal venue. Rakvere’s subtly sleek modernist architecture is intimately intertwined with its winding cobblestone streets – arguably more so than any other Estonian town. At the helm of the city are the ruins of Rakvere castle and the colossal Tarvas statue – a sculptural monument celebrating the town’s 700th anniversary.

It is precisely along this path – from Rakvere castle to Pikk Street and eventually circling the city park – that the works of twelve artists from all across the Baltic Sea region will be deftly woven into the town’s public space. That these artworks will prominent paths in the town is no accident. After all, Kilometre of Sculpture is not meant to be some sort of incomprehensible elite art biennial. Instead, it strives to be inclusive and open to everyone, a goal it hopes to achieve first and foremost through its outdoor location. 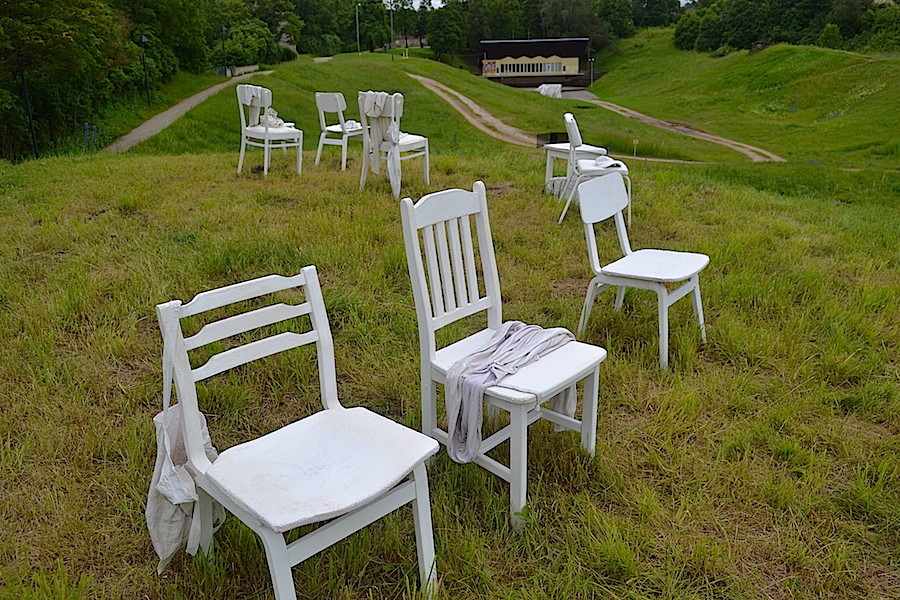 Key to the Kilometre of Sculpture is its embrace of performativity, a particularly suitable aim given the fact that the open-air exhibit runs concurrently with the Baltoscandal Theatre Festival. According to the exhibit’s main curator, Niekolaas Johannes Lekkerkerk of the Office for Curating in Rotterdam, the Netherlands, Kilometre of Sculpture displays “forms of sculpture that are thought of in terms of “the stage” and staged experience: exploring, through sculptural and performative possibilities”. Indeed, this confluence is encapsulated in this year’s title “Eesti teatrist. Kaksteist ettepanekut Rakverele – On Estonian Theatre. Twelve Proposals for Rakvere”, which indicates the degree to which both events are actively linked. 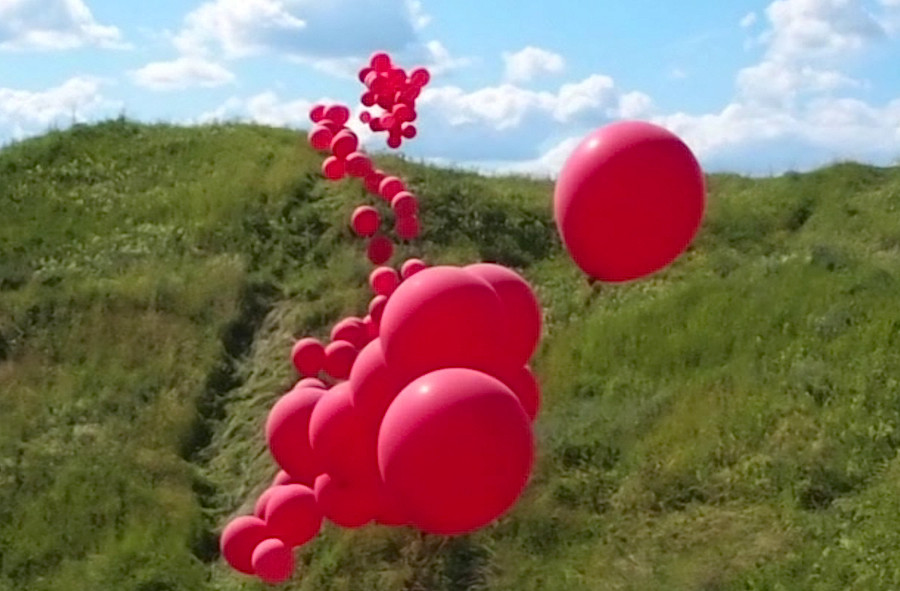 In both its artists and curatorial team, the exhibition is international, but its focus on the environs of Rakvere ties it deeply to the dimensions of the local Estonian landscape. Kilometre of Sculpture will hopefully leave a lasting mark on the Estonian art world and the town of Rakvere. The exhibition will last from 28 June to 13 July.

Bart Pushaw is a PhD student at the University of Maryland, where he studies Estonian art. He was a Fulbright Fellow in Estonia in 2013-2014.