Mart Taniel has received the American Society of Cinematographers’ Spotlight Award for his work as the cinematographer of the Estonian movie, “November”.

The award is one of the highest honours given out by the members the American Society of Cinematographers.

The award was given to Taniel by cinematographer and the society’s president, John Bailey, who described “November” as “extraordinarily well-considered beauty in every shot that should inspire us all”.

Taniel gave an emotional speech at the award ceremony, finishing off with, “now, if you’ll excuse me, I’ll go home and have a heart attack”.

“Even being a candidate was a big honour considering the other nominations. Of course, I’m happy. But this honour has to be shared with Rainer Sarnet [the director of “November”], the man who imagined this world, described it to me and allowed me to be inspired by it,” Taniel added. 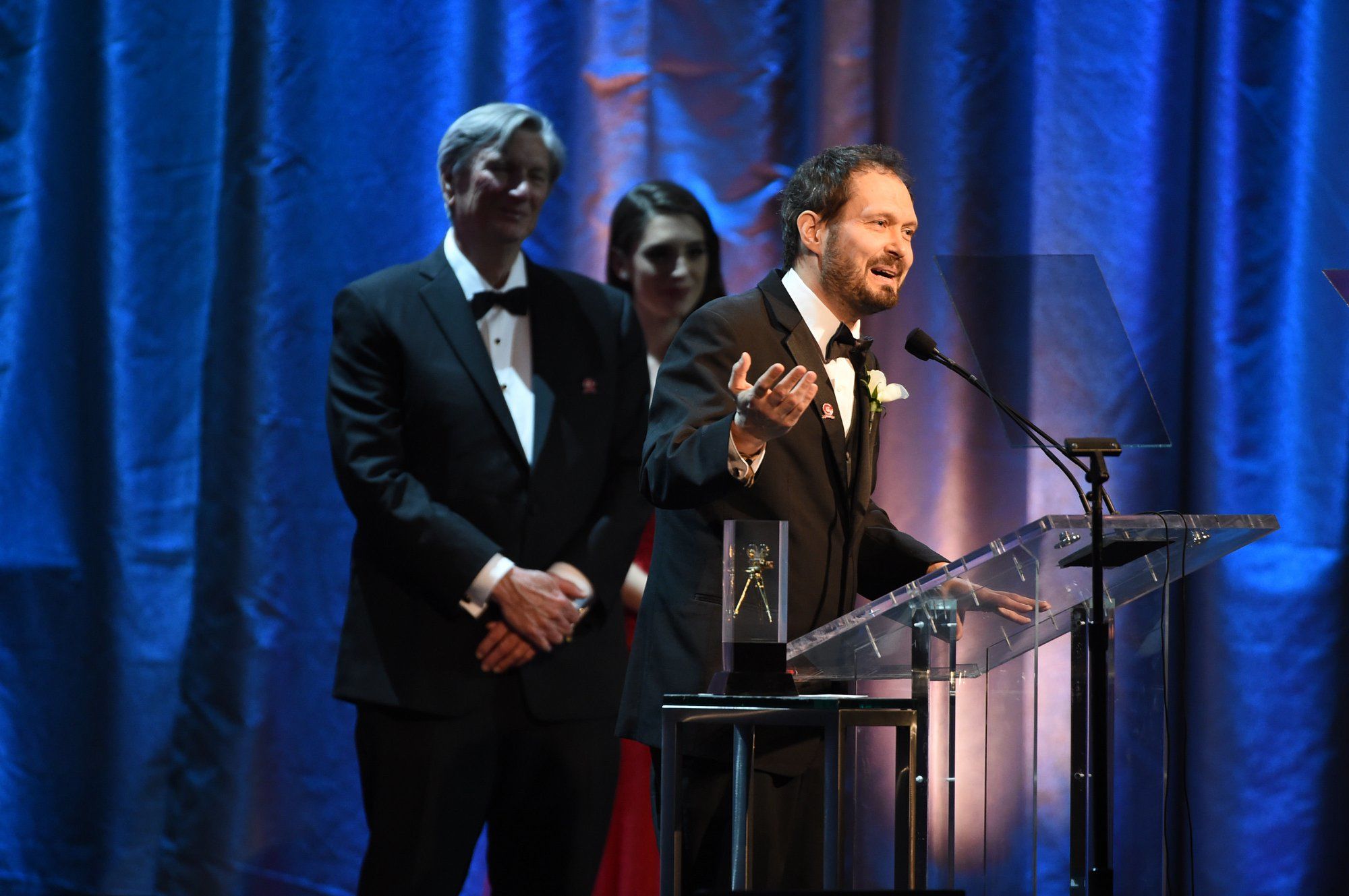 The Spotlight Award honours cinematographers who are not members of the American Society of Cinematographers and to films made outside of the United States. Taniel competed against Máté Herbai (for the film “On Body and Soul”, directed by Ildikó Enyedi) and Mikhail Krichman (for “Loveless”, directed by Andrei Zvjagintsev).

Shot in black and white, “November” is based on Andrus Kivirähk’s novel “Rehepapp” and was co-produced by Estonia, the Netherlands and Poland. Based loosely on the historical background of Estonia and the ancient beliefs of its people, the film mixes the Estonian pagan and European Christian mythologies. As the filmmakers say, “both mythologies look for a miracle; for an ancient force that gives one a soul. This film is about souls – longing for a soul, selling your soul and living without a soul.”

“November” will premier in North American cinemas on 23 February 2018.

The American Society of Cinematographers’ award ceremony took place in Los Angeles on 17 February. The society’s award for an American film went to Roger Deakins for the film “Blade Runner 2049”.