The Estonian electronic indie rock band Tenfold Rabbit became more well-known in their home country in 2012, when their song “Oblivion” won the third place in the Eesti Laul (Estonian Song) competition. In 2013, they had their first European tour and their debut album won a prize in the “best indie/alternative album of 2013” category at the Estonian Music Awards. Tenfold Rabbit recently toured Italy and played an alternative music festival in the Italian city of Turin, where we caught up with the members of the band (Andres Kõpper – vocal, keyboard; Jaan Jaago – guitar; Oliver Rõõmus – drums; and Meelik Samel – bass guitar) to discuss their music and touring in Italy.

How would you describe your music in five words to someone who does not have any idea of who you are and what you do?

Meelik: I would tell that what we do is electronic indie rock.

All together: Ultra and turbo! (Laughing)

Meelik: We have never thought about describing our style with less than five words, so this task is kind of complicated. Also we have not connected our music and style anyhow geographically to Estonia.

After a long discussion on the topic of which those five words could be, starting from seaside stories and ending up with a collection of best love songs, they all came to a conclusion that their music could be best described as “turbo ultra seaside electro indie”.

Very creative! But where do you get inspiration for your music?

Jaan: I have been trying, for example during rehearsals or in total when I pick up my guitar, to find in this picture or music – something I have not heard before and which I myself think it is cool! It does not mean that no one has done it before or that it does not exist. But when you have this kind of a feeling yourself, then you are also more sincere while performing it and it also gives a good feeling and this emotion goes on. At rehearsals – we now play mostly our new songs – we have just started creating them and probably each of us has got this feeling that this is it!

Andres: Probably from the world around us; experiences and music we listen to. 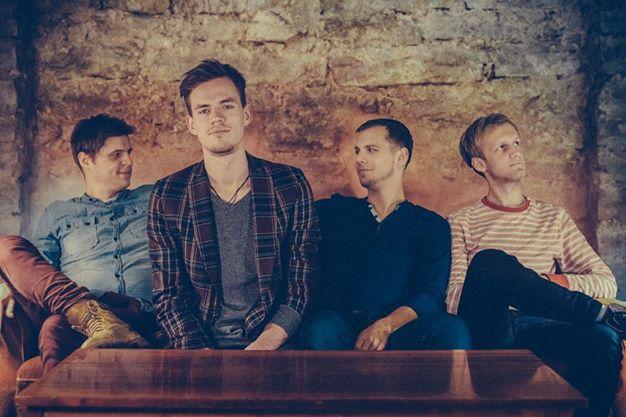 Whose music is inspiring you or who are your idols? The last few years have been really good for the indie scene, there are bands like Mumford and Sons and Ewert and The Two Dragons.

Meelik: I, for example, listen to indie bands but more rock-oriented ones, for example Arctic Monkeys, but I get my inspiration mostly from hip-hop and electronic music. Instead of a few idols we have really diverse playlists.

Jaan: We have so different influences and directions that I think we cannot point out only one. Comparing us with Mumford and Ewert would have been maybe consistent with our old material but our new one is not Mumford and Sons anymore.

Meelik: Listeners have compared us with Coldplay, something to which I would not had arrived myself. Things have become more electronic and the folk element has disappeared.

But where has such a big change come from?

Jaan: A folk boy arrived in the band. (Laughs)

Andres: I think it also depends on the surrounding music as well. I also think that the band got tired of this one particular thing we were doing.

What do you do with your free time? Do you have any free time?

Meelik: Me and Oliver are studying jazz at the Georg Ots Music School.

Andres: I study sound engineering and also cinematography as a hobby.

Jaan: We don’t have so many tours yet that we would not have any time. We actually had a longer break before coming to Italy we did rehearsals and were developing ideas for new songs.

It has been said about Italy that it is hard to break through with different kind of music. What are your experiences? Have you been welcomed well?

Andres: The audience we have had at the concerts, sometimes more and sometimes less, has accepted us surprisingly well. In every concert, we managed to sell some albums – even when we had relatively few people there. So potentially there is some chance to break through.

Meelik: We have not been in Italy long enough to know the scene here. We know that the scene itself exists as some people came to our concerts. We just do not know yet how big and wide or how narrow it is.

So are you satisfied with the results?

Jaan: If you think that we are some random band from somewhere in the north. 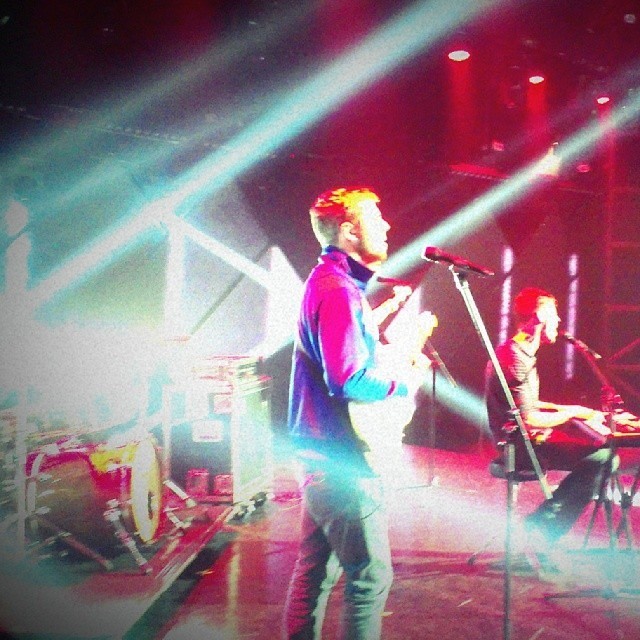 You were travelling around by car, so it gave you a chance to observe the local life and also get to know the locals. Did you meet any stereotypical Italians? Someone at whom you look and say that if there would be a description of an Italian by the book, then it would be exactly like you see?

Jaan: Today I was walking in the park and I saw what a typical Italian for me is, which made me  giggle. A man in training clothes was riding a bike that had a hands-free system. He was riding a bike and talking at the same time and instead of holding the bike with both hands, he had to gesture with one. It was really cool.

You played concerts also in smaller towns. It has been said that in those places people are more hospitable, friendly and helpful. Do you have any stories to tell?

We saw a pizzeria, so we decided to go there to ask for directions. They said that they never heard about such a place. As we were also hungry, we decided to eat there, too. At the same time somebody had for some reasons brought our CD and as those pizzeria people were so helpful, calling their friends and asking for information, we gave it to them. The man there was so nice that he gave us eight pizzas for free. He saw that we were a bit in trouble and it was such a warm and adorable welcome. 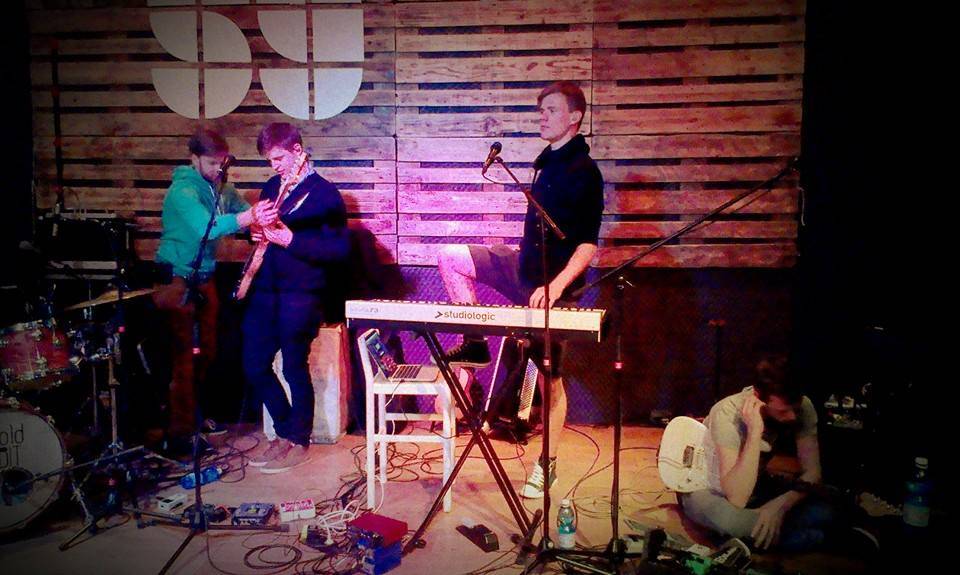 Andres: In smaller towns people are calmer, more carefree and chill. They are really hospitable. And while Estonians are more stressed, the people here have a totally another attitude, thinking like, “What is the worst thing which could happen?” I think it is good! During the first week here, I thought a lot about my attitude towards life – that I should be calmer as well. In big cities it is of course different.

Meelik: We saw somebody who was so helpful and joyful that I thought it would be a shame to be in a bad mood. People are doing everyday things with such will and are so sincere and cheerful with each other that it is very inspiring and definitely something to take back to Estonia.

Andres: While asking for directions, people put down their bags and walk with you for a kilometre to show you the place you were looking for!

What are your plans for the future? Do you plan to come back to Italy? Not only with the band but also on your own? Maybe a town has won your heart?

Meelik: Yes, it was a really awesome city! Also I loved Bergamo. This is a city where I could imagine myself living in.

Andres: It made us worry a bit as in the beginning of our trip, we were thinking every day that here, in the middle of mountains, we would be more than happy to live. But we plan to come back here also with our band, maybe at the end of this year.

You can also read this interview in Estonian, on Tere Italia blog.

Klaudi Kuznetsova is an Estonian blogger currently living in Turin, Italy, who loves to write about different aspects and fields of the culture.