In “Expats corner” we catch up with foreigners who live or have lived in Estonia, to find out what they really think of the country.

Scott Diel, originally from the United States, is a colourful and charismatic writer and journalist who runs Slothrop’s – the first and only second-hand English/foreign language bookshop in the Estonian capital.

Scott, what brought you to Estonia?

Adventure. I was offered a place in the very first Peace Corps business consulting group in Eastern Europe. I had applied to go to Russia but was told I could go to Estonia six months earlier.

There were Estonian immigrants in Hutchinson, Kansas, the town I grew up in. One of them was a close friend who started the ELO (Estonian Liberation Organisation; perhaps named after the PLO?). He had a t-shirt reading “Vaba Eesti eest!” which he often wore. So my impression was that everyone was a freedom fighter.

I arrived in Tartu two weeks after the currency reform in June 1992 and was struck equally by the amazing summer and the decrepit infrastructure.

Despite learning the language I have not integrated in the true definition of the word. My culture is too different in too many ways. But not integrating is not a tragedy, and Estonia is a wonderful place to live. What President Toomas Hendrik Ilves preaches about quality of life is actually true. Whenever I say this, people tell me I’m turning a blind eye to Estonia’s poor. But when I think of quality of life I’m thinking about the functioning health-care system, the school system, the lack of traffic and the fact that my kid can walk to school here without worrying about kiddy-diddlers coming out of the trees. (Yes, safe driving skills could improve.) But poverty I treat as a separate issue, and do I recognise that being poor sucks. But it sucks being poor everywhere in the world.

I spend more time with Estonians than I do with expats. My fishing buddies are all Estonian but one. I like to avoid the “bitchfest” that can come with hanging around expats, although of course I do have some good expat friends. I saw this interview with Eric Clapton where the interviewer assumed, ‘You must hang around with other rock stars.’ Clapton answered that, no, he hung around with the parents of the kids in his child’s school. Even though I’m not a rock star, it’s similar for me: there just aren’t a lot of expats who come into my orbit.

I’m a freelance writer – corporate communications, some journalism, some literature and libretti writing – but 95 percent of my work is outside Estonia. Part of this is intentional so that I can stay connected to my own professional English-language culture. I’d like to work more in Estonia, but the type work I do really isn’t yet valued – the local market usually wants whatever’s cheap. As companies expand to international markets, however, I think things will change. Hopefully, I won’t be dead by then.

What do you feel has changed the most since you moved to Estonia?

The infrastructure used to be pretty rundown and dystopian, and I suppose that would be the obvious answer. But the way people relate to one another has changed a lot too, generationally speaking. The 20-somethings today are nothing like their parents. Having not experienced the Soviet terror, they seem to be fearless when it comes to reaching out and communicating. They are very refreshing, and because of them I am very optimistic about Estonia’s future.

It’s probably the same thing: how isolated Estonia is. On one hand, I love that Estonia is disconnected and that a lot of the silliness going on in my own country is not taking place here. You can take time out and think here. It’s not a hectic environment. But from a work standpoint, I miss the professionalism that comes with living in a highly developed and competitive marketplace.

Would you consider staying permanently in Estonia or are you planning to return to United States at some point?

The US isn’t a place you can return to without a job. I’d like to return, but the older I get (I’ll be 50 this summer), I recognise the reality of getting some classic job is more difficult for a couple of reasons: first, experience in a small market like Estonia isn’t often of use in the US. Speaking only about the businesses I’m familiar with, Estonians are generalists. They do a variety of things at an acceptable level. But the US is specialised and people will do one specific thing at a very different level. Second, employees over 50 aren’t sought after in any market in the world, as far as I know. 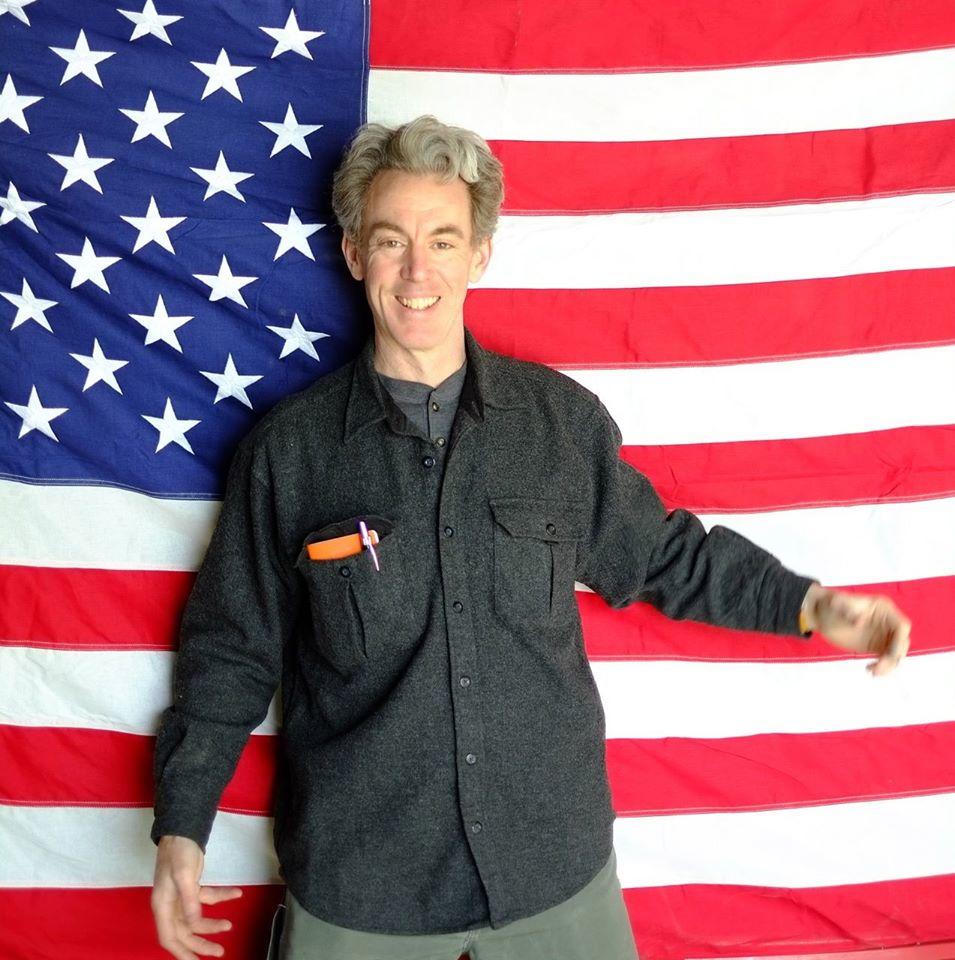 But as a freelancer, my solution has been to accept that whatever I do in the world will succeed or fail on its own merits. So whatever I do better be pretty damned good quality to break through in the world market. It’s a good feeling knowing that when you’re successful it was entirely because of the merit of your idea or work. Of course, I hear “no” a lot, too. But that’s the writing business. Could I return to the US as a freelancer and keep my clients in Europe? Maybe. The internet makes a lot of things possible.

When you talk about Estonia to a complete stranger who has not heard anything about it in your country or region, what are the things you point out, or the story you tell them? How should Estonia be seen around the world in your opinion?

I don’t want to sound like a curmudgeon, but I don’t go abroad and talk about Estonia. It just seems like a navel-gazing exercise. Here’s the curmudgeonly part: despite what we may tell ourselves, the world does not care about Estonia at all. At given moments the world might care about what certain Estonians might be able to do for it, and Estonians need to be able to recognise and take advantage of those moments.

If you could encourage Estonians to do one thing, what would it be?

Dream bigger. I think the rest will take care of itself.

2 thoughts on “An expat in Tallinn, Scott Diel, tells Estonians to “dream bigger””