Liisa Berezkin, having been used to Estonian and Finnish metal culture and festivals, discovers a massive industry of performance-based androgynous rock in Tokyo and learns that for Japanese ears, “Terviseks” sounds like “Terebi (TV) sex”. She cannot escape the fans of Baruto either.

Under the shadow of Japan’s massive industry of performance-based androgynous rock (this genre is generally called Visual Kei), a whole subculture of 1980’s heavy metal and rock followers remain hidden from the public eye. Due to Japanese audience’s general lack of interest towards heavy metal nowadays, the bands following the 1980’s style are mostly limited to underground live-houses, which nevertheless attract a very faithful public. 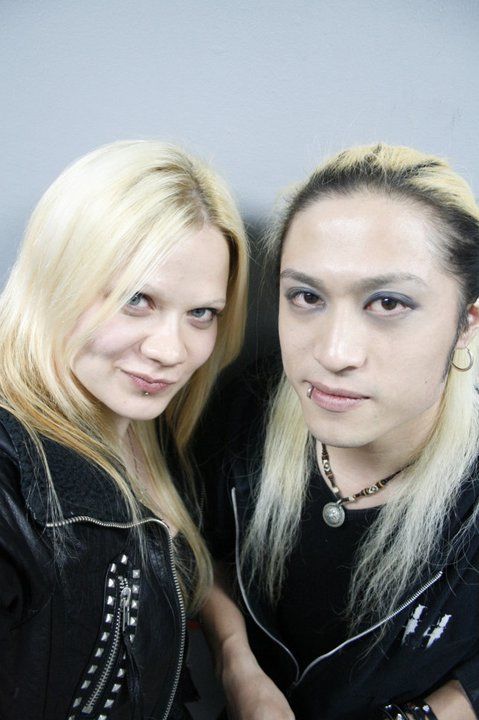 For me, coming from a personal background of heavy metal nostalgia and having been used to Estonian and Finnish metal culture and festivals, discovering these rock bands was like coming home. Following a line of most unique coincidences, in three days from when I first lost my way into a live-house, I had made friends with a promising young band called The Lex, from which started my adventures in the rock music live houses of Tokyo.

The main influences for the old rock lovers and bands are Mötley Crüe, Bon Jovi, Skid Row, Ratt, Guns N’Roses, Crashdiet etc. – the list goes on. As often happens in Japan, the direct influences are mixed with a unique touch of Japanese visual show culture. Heavy make-up and hairstyle containing one bottle of hairspray are a must. Stage clothes are important. A lot of the clothes are accessories which will never be worn off the stage. Building one’s stage character is a topic of constant devotion to all musicians.

As it often is with Japanese subcultures, deviation from a general  look is not frowned upon, but simply not even thought of. Almost all the musicians have long hair, almost all of them wear bandanas at their belts and studded accessories and the good old cowboy boots are a must-have item.

The live-houses themselves are all small, smoky (there is no ban on inside smoking in Japan), dark – and many of them have a terrible sound, so you really do have to love this music to come there. Once you do though, the general atmosphere is very homely and friendly.

A live night has a general pattern (this goes for all minor bands’ live performances) – performance time is approximately from 5pm to 10pm and includes about 4-6 bands, all of whom have about 30 minutes to perform. The price is high – about 30 euros for a ticket. Nevertheless, most people who have paid this money, have only come to see one band – being a fan of one band is considered obvious and one’s allegiance is asked at the ticket counter. 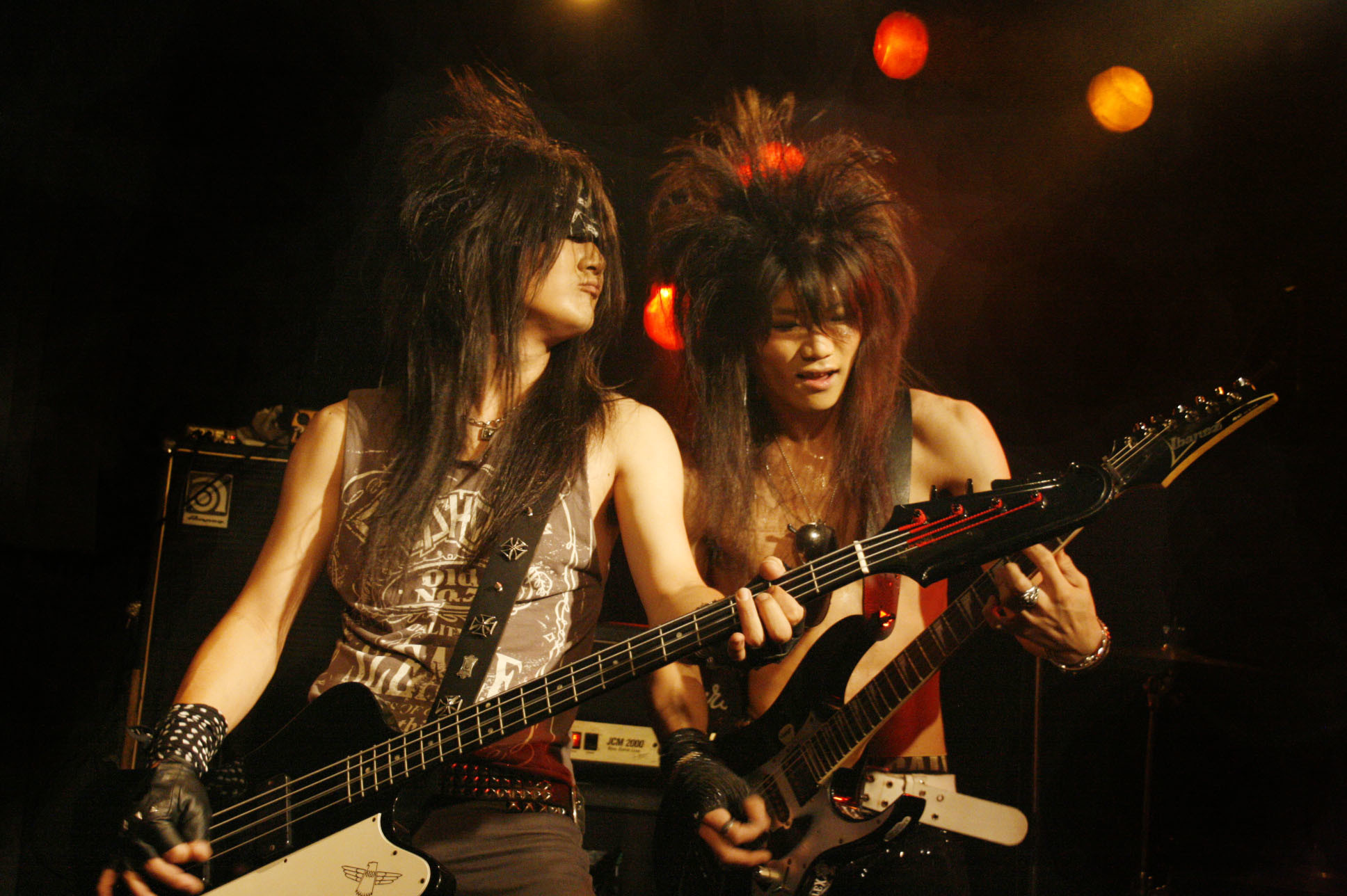 The band with most names on its list gets more money, but this does not mean that any of these bands make any money by performing. The live-house is rented out, each band pays their share and depending on the number of people who have come to see them, that number decreases. Considering that an average live-house only accommodates about 50-80 people, to get the whole rent money back is almost impossible. Bands that have gathered more fans can do a one band show and that’s where the money starts coming back.

In the light of all this, playing in a band – indeed a heavy metal band in Japan, requires extraordinary enthusiasm and a strength of spirit. Due to long hair and unstable schedule, all the musicians have generally low-paid jobs comparing to average suit-wearing Japanese. In Japan, your personal life belongs either to you or your company, in the latter case the lack of it is paid off well.

Foreigners are very scarce in this world and gawked at of course, but the general attitude is different from the rest of the society. These people – being themselves bleached, tattooed, pierced and otherwise modified – are in a way themselves outsiders of the Japanese society, which shuns this kind of outrageous individuality. Thus it is easier for them to accept and understand foreigners. This is however true only in the case when the foreigner can speak Japanese, because 99% of these musicians and rock-lovers can’t even speak enough English to save their lives if needed! 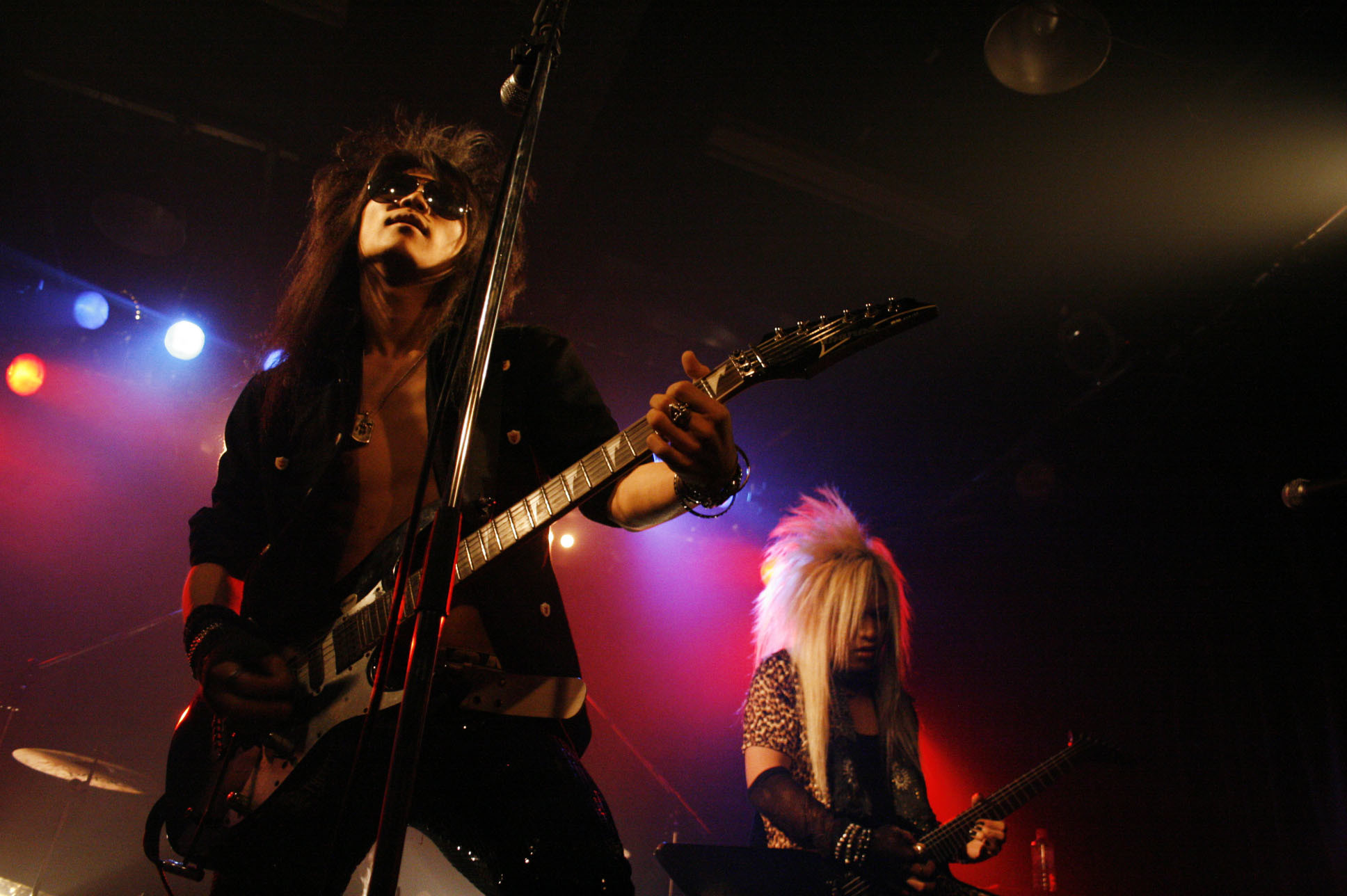 The lack of English language skills is true for the Japanese society in general, but you would think that loving foreign bands would make it easier to learn the language. No-one has the faintest idea what the western songs are about and quite frankly – very few care. It’s about the music, the rhythm and the ‘coolness’ of the English lyrics in all of those western rock bands that inspire the Japanese.

Based on this influence, the local bands make their own original music with Japanese lyrics, so it’s like 1980’s heavy metal through Japanese wording which in itself is very exotic. Sometimes cover songs by world famous bands are played, in which case the words are flawlessly remembered, but not understood. Perhaps by this way a non-Japanese person could also understand and appreciate the songs and music played by these Japanese bands?

Baruto is a magic word

Thankfully, I can speak Japanese fluently (I’m a graduate student of a Japanese university). Half of my  own introduction has often been explaining about Estonia. Very few Japanese people actually know that it exists, or where it is located – but there is a magic word that brings an expression of instant understanding onto every Japanese face. It’s indeed Baruto – Estonian sumo wrestler, who is one of the top sumo champions in the world. 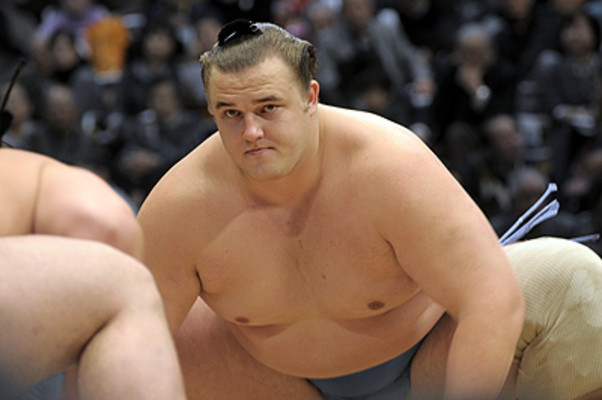 From then on I explain the geography, the nature, the culture in a space of few minutes and quite frankly I have often wished that I had just made a pamphlet about all of this, because it’s very tiring to make a speech about my identity all over again and again.

To my great amusement, one Estonian word has spread like a wildfire amongst my musician friends, with very little effort on my part. That word is “Terviseks” which means “Cheers” when you toast someone. To a Japanese ear, this word sounds nothing but “Terebi (TV) sex”. 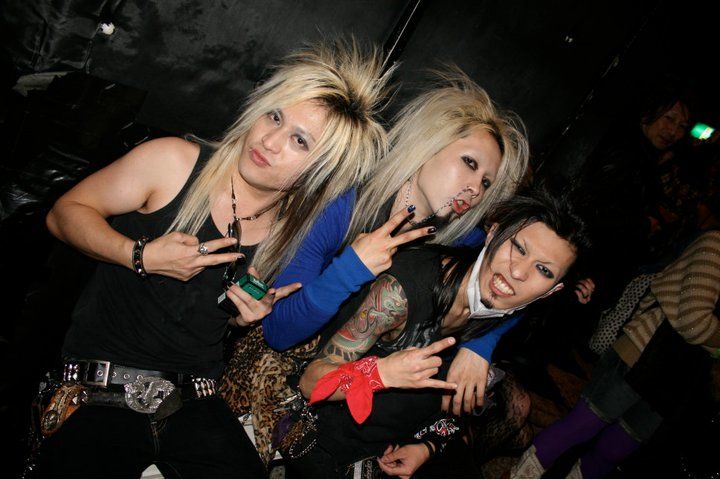 Actually, it is not the only word that my friends have learned and most people take a great interest in Estonia, asking about music, customs and people. I have also brought about 15 Estonian people to the lives of my Japanese friends in over two years, so it can be safely said that these Japanese rockers have met more Estonian, than English-speaking people, which is a funny fact in itself!