Estonian World’s authors choose the events that have, in their opinion, shaped the life of Estonians and their country most this year. 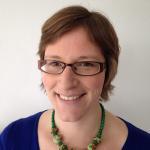 “Koos” – shorthand for kooseluseadus, the civil partnership act, which passed this year into a law in Estonia. Translated directly as “living together law”, the act covers both heterosexual and gay couples, although no one seemed particularly interested in the former. The campaign was hard fought, with real-life protests as well as a virtual debate, which was, at times, vicious. To say opinion about the act was divided would be a gross understatement. It passed 40-38, so it could not have been closer, and that probably reflects opinion on the ground at the time. Whatever you think about the law, it has the potential to shift the society an inch or two. Hopefully a more liberal standpoint can help move the national conversation away from the things that make us different and towards the things that make us alike, to help Estonia continue to blaze a trail for other previously occupied states to follow. 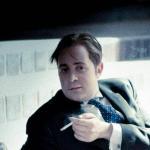 In 2014 Estonia revealed the world’s first e-resident scheme whereby individuals anywhere in the world can apply for an Estonian ID card which is virtually identical to that given to those living in Estonia. In doing so, the e-resident will have access to the same services now available to Estonian residents and citizens. This has widespread implications for both Estonia and the wider world. Even as governments of all compositions become increasingly powerful and authoritarian right across the globe, the IT revolution and the information revolution of the 21st century is doing more to weaken the power of authoritarianism than anything previously imagined. The free dissemination of information, instant access to online sources and complete connectivity to individuals throughout the world is a revolution that seeks to put power back in people’s hands, all without firing a shot.

Unlike many other states, Estonia is not afraid of technology and has a consistent record of embracing every new advance that will help make communication, financial transactions and engaging public services more flexible for citizens of a digital world. The long waits, endless regulation, inconveniently located offices that plague both financial and sociological progress have now been eliminated, not just for Estonians but for anyone looking to build ties with the world’s first e-state. This is something of which Estonians should be very proud. Authoritarianism cannot be fought with weapons or violent revolutions; it is fought by using technology to bind people closer together. The e-resident system does just that. Well done, Estonia!

I doubt there’s anything that beats this one. Now people in other parts of the world might actually know what and where Estonia is and what it’s famous for – technology and internet freedom. 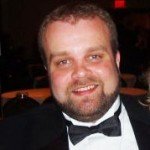 How I wish I could be writing here about Estonia’s wonderful advancements in many positive sectors. Rather, due to the actions of Russia’s leaders, I am forced to write about Russo-political aggression. Therefore, from this cross-Atlantic perspective, the most important Estonian event in 2014 was encapsulated by these words from President Barack Obama speaking in Tallinn: “Article 5 is crystal clear – an attack on one is an attack on all. And so if, in such a moment, you ever ask again, ‘Who will come to help?’ You will know the answer: the NATO alliance, including the armed forces of the United States of America, right here, present, now.’’ Let’s hope the current non-military measures and economic pressures tame the bear and the good citizens of Russia see through the state-sponsored propaganda. Clearly, the sabre rattling I cite is not exactly laudable. But even worse though – annexing a sovereign portion of Ukraine with no fear of repercussions.

The most important event was the visit of Barack Obama in September. I am certainly not a big fan of American politics in the last decades, but in the light of the events in Ukraine it is crucial to have such an ally. It’s just a choice between two stronger powers and Estonia has chosen the only possible way.

That day felt like something important or historical was happening. A similar feeling, only on a bigger scale, I had when Germany won the World Cup in July and I was browsing the streets with all these festive people, totally fascinated by this bizarre sight.

It has been a year full of chaos, no doubt about that. Like it is nowadays with war, nobody wants a real one. But people still have to let themselves loose every now and then. Like they will do for sure in the upcoming New Year’s Eve, shooting second-hand fireworks horizontally and breaking empty champagne bottles. But this is way better than any real fight, for better or for worse.

Meanwhile in partisan war, cyberwar and psychological war, sides change faster than the Estonian politicians change their parties. Even if the sixties movements will prevail in the world the following decades, most of the countries in the world are still governed as kingdoms. So, one has to stay careful, alert and clever. Hopefully Estonia will keep making good decisions and allies in all this. 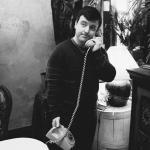 Though I am sure this will be a popular choice, the passing of the civil partnership act is indisputably the most important event for the image and perception of Estonia as a modern country willing to allow modern choices.

The public debate also allowed a lot of suppressed opinions on either side to surface, but showed ultimately that Estonia is moving forward. Maybe next, Estonia can look carefully at whether “grey passports”, restricting the freedom of movement (supposedly a right of being part of the European Union) are really an appropriate 21st century solution to difficulties with integration of ethnic Russians. 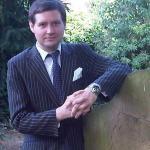 The abduction of Eston Kohver

In a year of multitudinous achievements, the defining moment of 2014 was not one of Estonia’s choosing. The illegal kidnap and prolonged detention of security officer Eston Kohver appeared to the outside world as a shocking and deliberate act of provocation, although to those familiar with Russian tactics in recent years it was just par for the course.

Still detained in Russia and without access to appropriate and competent legal personnel, Kohver remains, in effect, one of the thousands of political prisoners in the country.

To those in Estonia who still regard Russia as benign and the West as an agent provocateur, the kidnap of Kohver should brilliantly and brightly illuminate modern Russia for what it is – a failed, rogue and desperate state, on whose doorstep Estonia unfortunately resides. 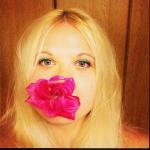 The discussions and battles surrounding the civil partnership act could be viewed as a “cold civil war” in Estonia, which, in the words of the opposing side, “tore the country apart”. Yet nothing could move a country more effectively and more swiftly forward into the brighter future as an open and honest debate. The fact that so many people, famous and otherwise, took part in it, gave a chance to partake in many previously avoided difficult conversations. In Japan, which is my country of residence, the issue of homosexuality is hidden far behind the scenes and even though there is no persecution of gays and their rights, there is also absolutely no discussion about it. The entire subject is being completely and deliberately ignored in most areas of the society.

Last, but not least, I think when people like Stephen Fry support a cause like the civil partnership act, the image of Estonia as a forward-thinking country can penetrate more quickly into the consciousness of people in the western part of Europe and also why not, the whole civilised world. 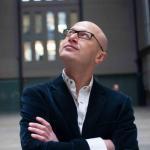 In a global context, there were couple of very important events that concerned Estonia this year. By becoming the first former Soviet-occupied country to pass a gender-neutral civil partnership bill that entitles same-sex couples similar rights as married opposite-sex couples, Estonia sent out a signal that it is a forward-looking, modern country. Hopefully, it would also become more open-minded towards sexual minorities in the process. By becoming the first country in the world to offer e-residency, Estonia proved yet again that it has an ability to offer new ideas that stir global interest, even if the real benefits to Estonian citizens are yet to be seen.

But I think in terms of a symbolic meaning for the country and its inhabitants, the most important event was the reaffirmation of American support for Estonia, left worried in the aftermath of Russian Federation’s annexation of Crimea. Offering reassurances to its NATO ally, the US sent 150 troops to Estonia, possibly stationed for a long term. The number may sound small, but the symbolic meaning of American presence as a security deterrent cannot be overestimated. President Barack Obama’s visit to Estonia in September further cemented the belief that next time around, in an hour of need, “the White Ship” might just as well arrive. 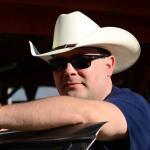 A new generation of politicians came to power

Ansip, even though he had proven his capabilities to lead a government through the best of times and the worst of times, was often criticised for having remained prime minister for too long. After the European parliamentary elections, he found the opportunity to put his experience to use as a European commissioner, thus opening the door for a new generation of politicians to prove their might.

In addition to Rõivas, the European elections paved way for another young politician, Keit Pentus-Rosimannus, to become foreign minister. Even though she was previously in the government, her portfolio as minister of environment was hardly as impressive as being a 38-year-old foreign minister.

A little earlier, another veteran politician, Jürgen Ligi, left his post as finance minister. And even though many were sad to see the best finance minister in Europe leave his post, this opened the door to another change in the government. This time, Maris Lauri, who hadn’t even been a politician before, became a member of the cabinet, thus bringing completely new blood to the government.

Of course, the general election being scheduled for 1 March, their reign might not last long. But giving a say to a younger generation may end up being a good thing for the country. Estonia needs new ideas and new approaches, so who else could come up with them other than the next generation?