I learned a lot about my wife’s people – Estonians – from Prime Minister Andrus Ansip. When I look back to how much I thought I knew about them in 2005 when he was named prime minister after two years of chaotic ministerial sackings and resignations under his predecessor, Juhan Parts, I am astonished by my then-ignorance of the supporting cast of our lives.

Estonians, a small nationality of 1.3 million, resident on a piece of land about the size of Vermont, New Hampshire and some of Maine put together. If you look at it via satellite, you will see that Estonia is a peninsula, surrounded by water on three sides. And if you count those marshes in the south of the country that separate it from Latvia, it becomes a true island, for these are people with an island mentality. For Estonians, there is but Estonia. They travel with gusto to exotic locales, but with the main objective of reporting back to the other Estonians about what it’s like out there or to compare notes with other Esto adventurers.

One other thing you should know about Estonians is that they are inconvenient. Nobody ever wanted them to exist. Germans tried to make them Lutherans and gave them German-sounding names, Russians tried to convert them to Orthodoxy and gave them Russian-sounding names, the Nazis wanted to salvage the most racially similar parts of the population for breeding and murder or enslave the rest, and the Soviets tried to erase large parts of the local population via deportation and replenish the stock with reliable Russophone workers. And yet Estonians clung to their roots, like obstinate head lice, and one of the reasons they still exist is because they are a  stubborn, insubordinate lot that have convinced themselves that they are right, even when they are wrong, and will continue into strong headwinds and against snowy storms if they believe it to be the correct direction.

In short, they are a lot like Andrus Ansip, for Ansip, born in Tartu in 1956, perhaps best reflects the ideal Estonian leader. To begin with, he’s a man, and in Estonia, men are still believed to possess awesome powers of logic and reason that make them preferable to women, with their rash, emotional decisions and unsettling vanity. Ansip had that determined patrician’s squint, in some ways similar to George W. Bush’s resolute pucker, except that Ansip wasn’t faking it when he answered a question about taxation policies while strapping on his cross-country skiing gear. He would stare off somewhere behind the interviewer and speak in slow, declarative cadences, and we would all know that Ansip was the kind of man who would, say, amputate his own arm should it get stuck under a boulder, and not shed a tear about it, “because it made sense and it was the right thing to do”. Estonians have a word, kindel, which can mean “certain” and “secure”. Ansip seemed to embody both meanings.

“He would stare off somewhere behind the interviewer and speak in slow, declarative cadences, and we would all know that Ansip was the kind of man who would, say, amputate his own arm should it get stuck under a boulder, and not shed a tear about it, “because it made sense and it was the right thing to do”. Estonians have a word, kindel, which can mean “certain” and “secure”. Ansip seemed to embody both meanings.”

This certainty certainly got him into trouble at times. About two years into his tenure as prime minister, he encountered a colossal shit storm known as the Bronze Soldier. This was a calamity of diarrheic intensity. In Ansip’s certain mind, there was a problem – a Soviet war memorial in the centre of Tallinn – and a solution – moving it to a nearby war cemetery. And that should have been the end of it. It wasn’t exactly, and many blamed the chaos and violence that circled and followed its removal on Ansip’s own Estonian myopia, but in the end, it was removed, and he even laid flowers at its feet, with the more sensitive and emotive (and pretty) Population Minister Urve Palo clutching his arm.

When that was over, the economy tanked and euro adoption was delayed, and many called on Ansip to step down. But he didn’t budge. At a time when Swedish financiers were urging devaluation of the currency, Estonia underwent something called an “internal devaluation”. The real estate holdings, which had fuelled the long boom, lost much of their worth, and many people found themselves paying off mortgages that were three or four times the amount of what their apartments and houses would now sell for, but euro adoption was achieved and Estonia became “more European”, which was good. Andrus Ansip – the man who removed the controversial Stalin-era war monument – undertook an internal devaluation and led his country into the common currency at the time it degenerated into crisis. And yet he did not blink, because he knew he was leading his country in the correct direction.

“As his time in office wore on, people began to suspect that Ansip was a new Konstantin Päts, in reference to the Estonian president who led the country from 1934 to 1940.”

As his time in office wore on, people began to suspect that Ansip was a new Konstantin Päts, in reference to the Estonian president who led the country from 1934 to 1940 (a long stretch for a state so accustomed to turnover in politics, but three years short of Ansip’s reign). They even poked fun at his name, rendering it as the perverse homophone, “Undress Unzip”. And yet as much as they grumbled about a new Päts or Unzip’s “father knows best” approach to politics, the same people savoured it, because they preferred that kindel certainty to the revolving cast of characters they had known in the years prior. While Latvia burned through prime ministers Aigars Kalvītis, Ivars Godmanis, Valdis Dombrovskis and Laimdota Straujuma, Estonia had only one: Ansip. And as long as Estonians could feel they were outdoing Latvians, they could feel content about their place in the world. 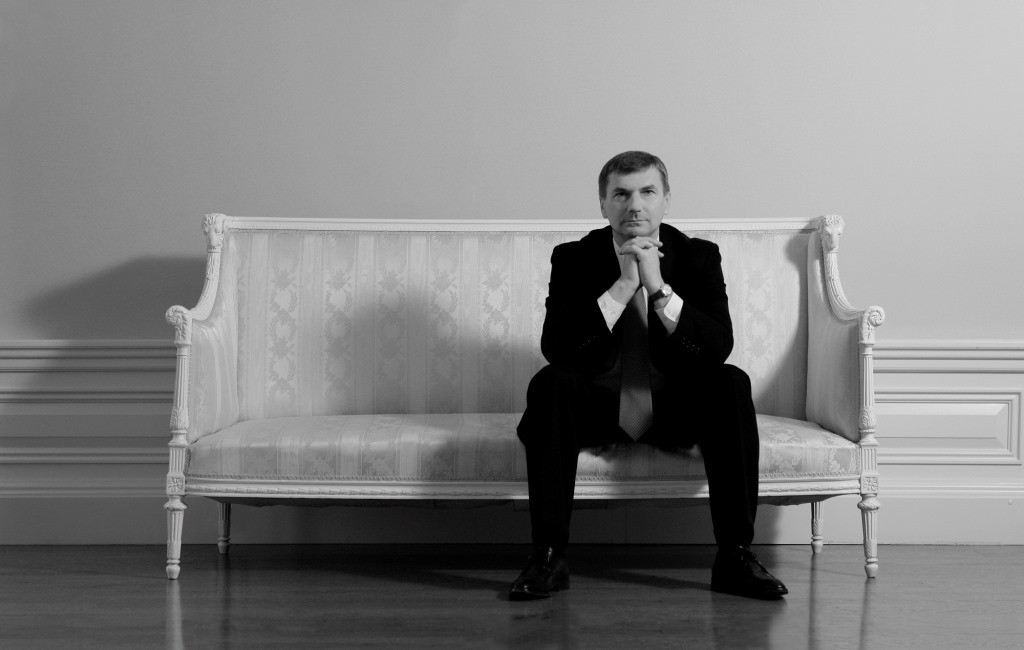 Ansip even stayed in office for so long that the Russians forgot a bit about that Bronze Soldier thing and started doing business with him again. A border treaty, which disappeared into a puff of smoke in Putin’s chimney after some disagreements in 2005, was revived and signed anew just a few weeks ago in Moscow by Foreign Minister Urmas Paet and his Russian Federation counterpart Sergei Lavrov (who was also holding the same exact position in 2005). And then it became known that Siim Kallas, the founder of Ansip and Paet’s Reform Party, had tired of his life as a commissioner in Brussels and wanted to come back to Estonia, to lead his party in the 2015 elections. And Kallas’s desire at last prompted Ansip to do what no monument scandal, economic crisis or any other very big problem he had encountered during those long nine years could force him to do.