Have you ever wondered what is behind that mysterious door that takes you into the cockpit of an aircraft? One man who certainly was, is Estonian photographer Gen Vagula. So much so that he asked Estonian Air, Estonia’s national flag carrier, to permit him to fly in the cockpit of Tallinn-Oslo flight.

“I thought some time ago where would be an amazing place to take portrait picture. Then came to my mind our national airline company Estonian Air. So I contacted them and described in a pretty detailed way what I would like to do. The main idea was to get the portrait up high and during the sunset. It came as a big surprise to get the confirmation letter from them saying that it’s possible,” says Gen. 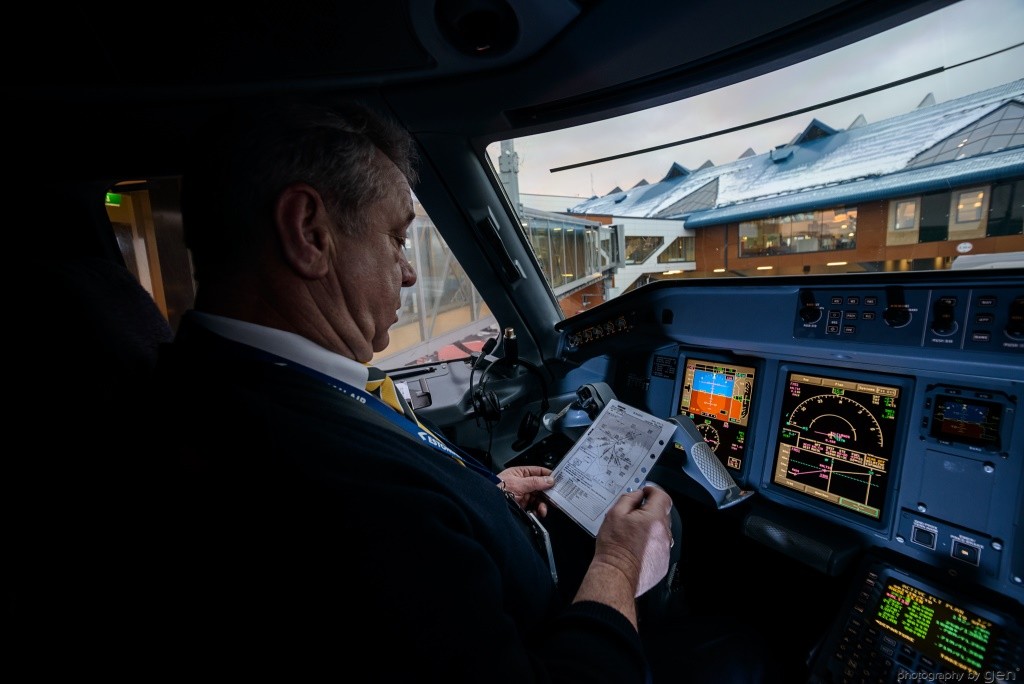 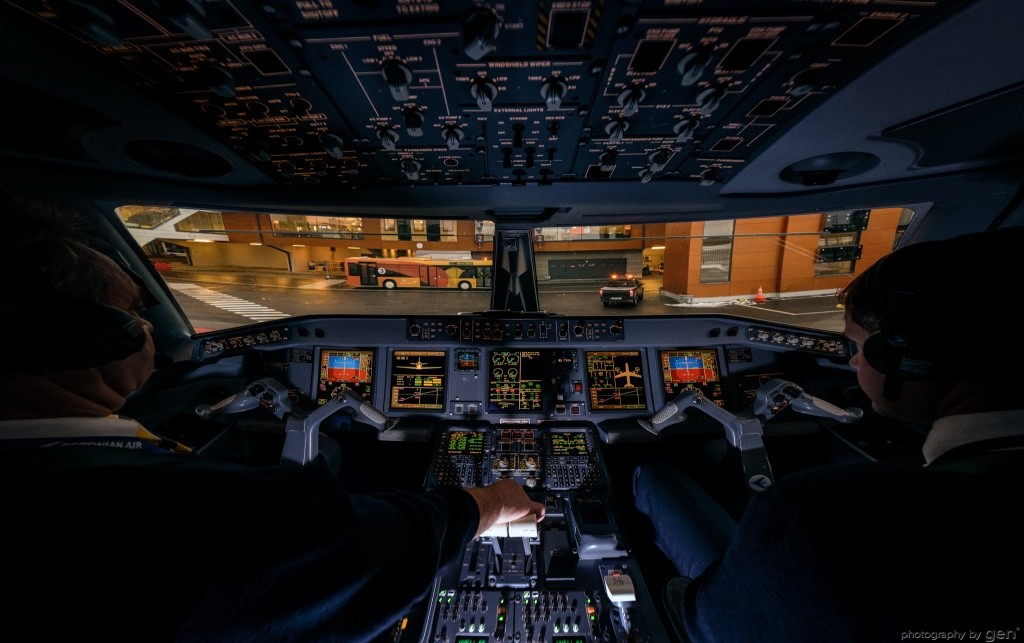 “I took the trip on an Embraer 170 passenger plane from Tallinn, Estonia to Oslo, Norway and back. The weather on the ground was not so promising, with lots of snow and fog. But I knew that those who are prepared are the lucky ones. So I prepared everything and went into the cockpit with the pilots. Photographic conditions in a tight cockpit, where the light intensity inside is different from that outside, is not ideal, I can tell you that.” 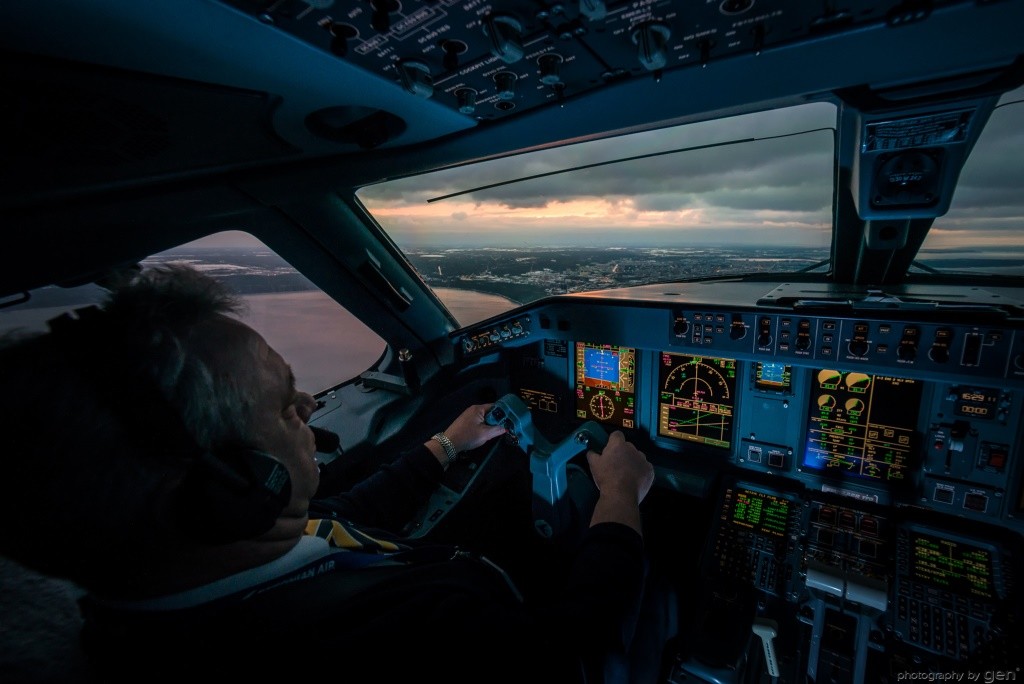 Taking off from Tallinn, above Lake Ülemiste. 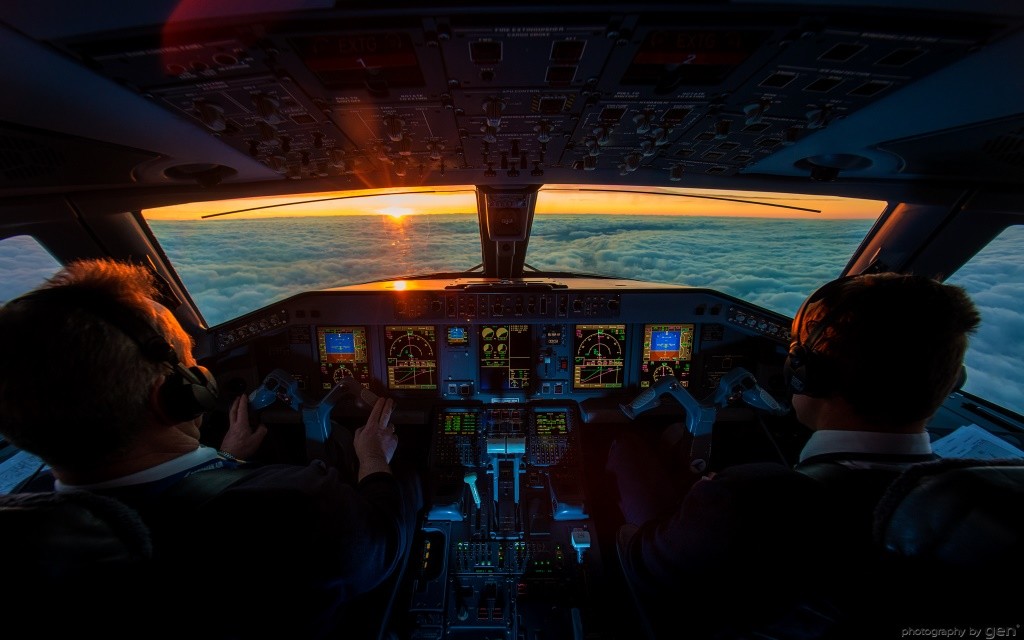 “Just as the plane got above the clouds, the sunset was behind the horizon. And the moment lasted a mere 30 seconds or so, and I got the picture that I went to catch.” 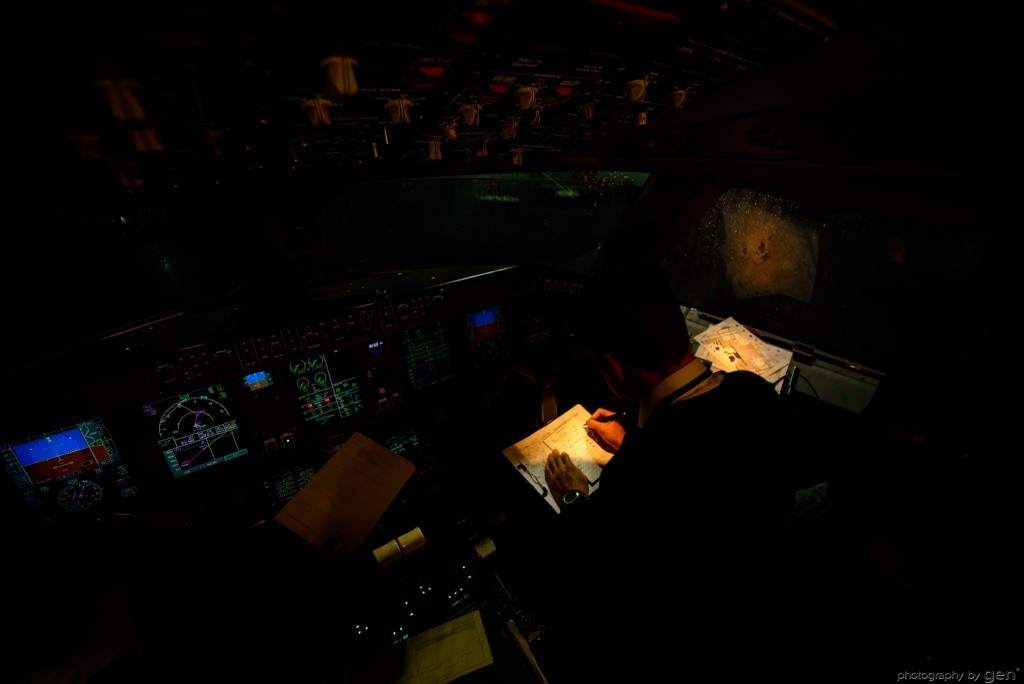 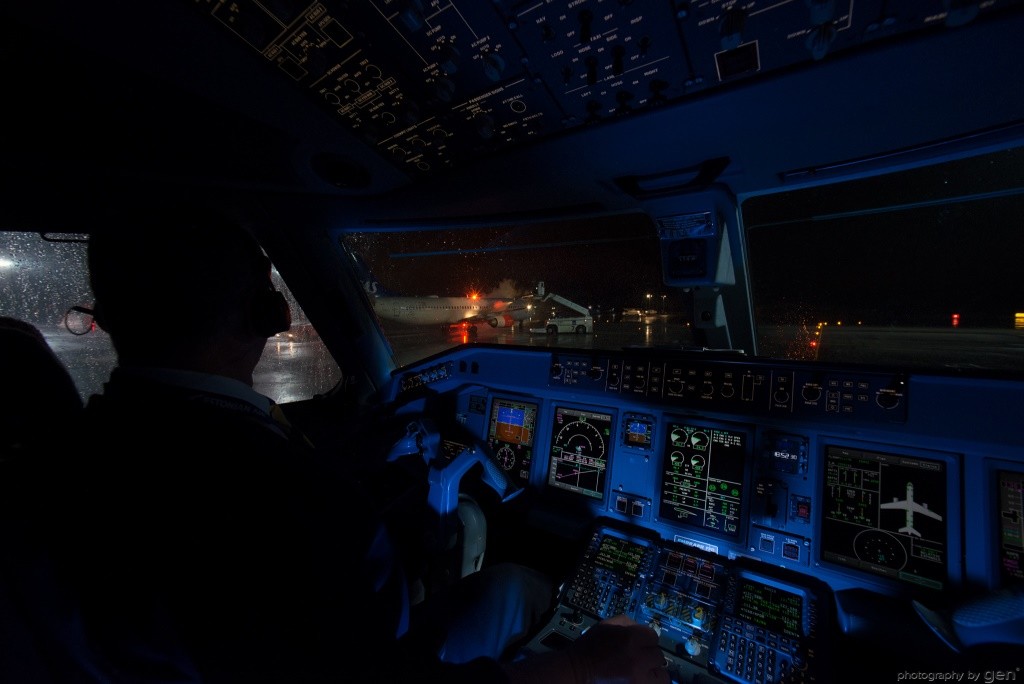 “I saw first hand the enormous amount of responsibility that is done by people with an experience and it alternates with a magical views below and above the clouds.” 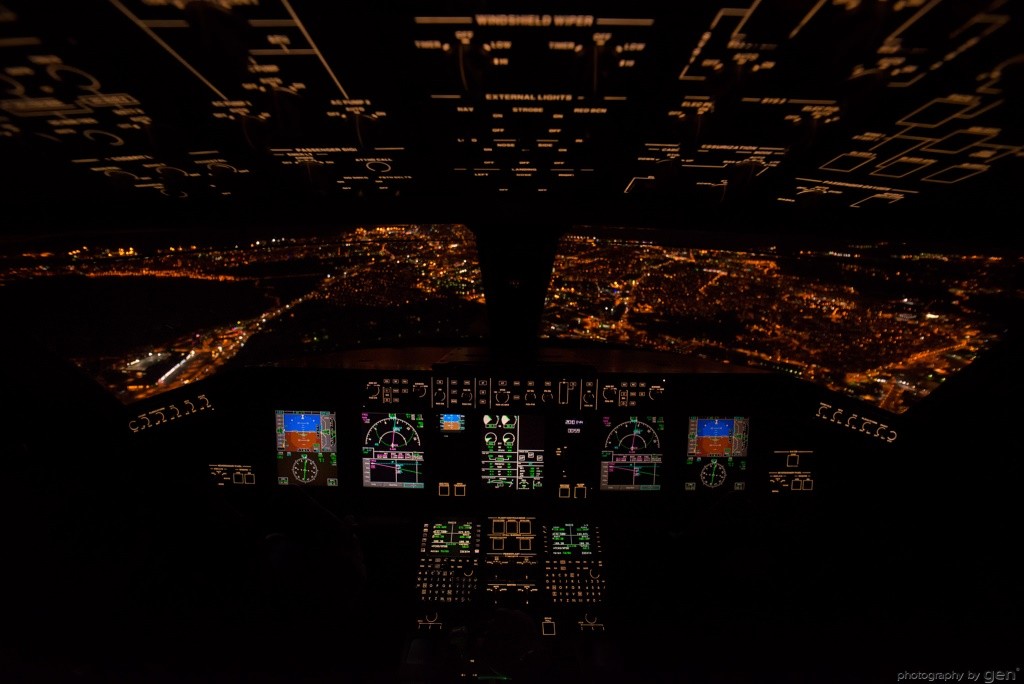 Plane approaching Tallinn on the flight back. 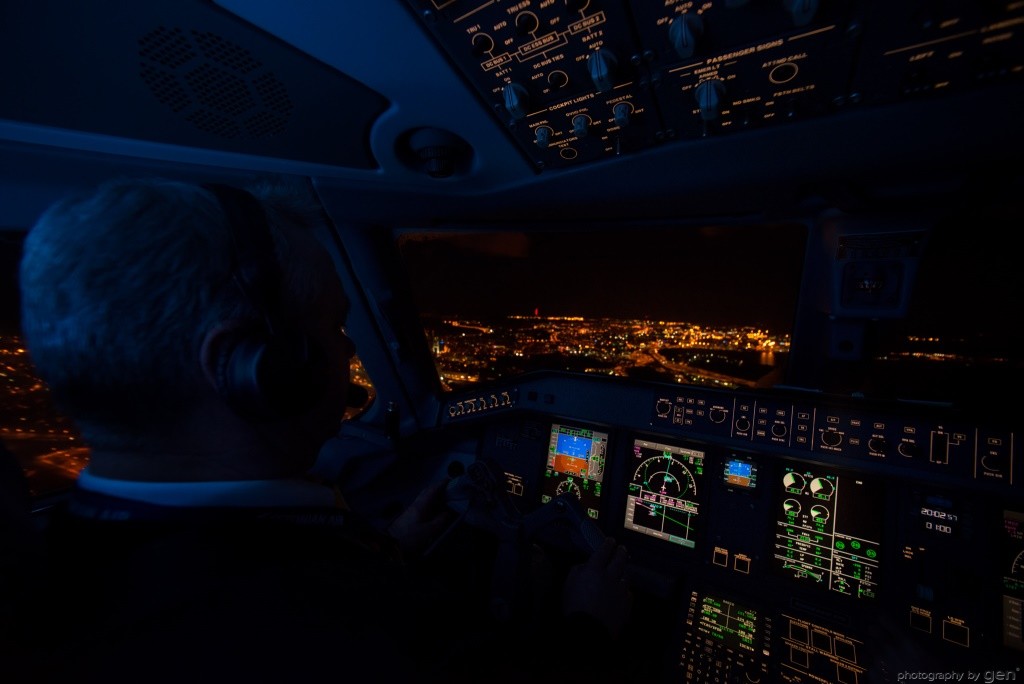 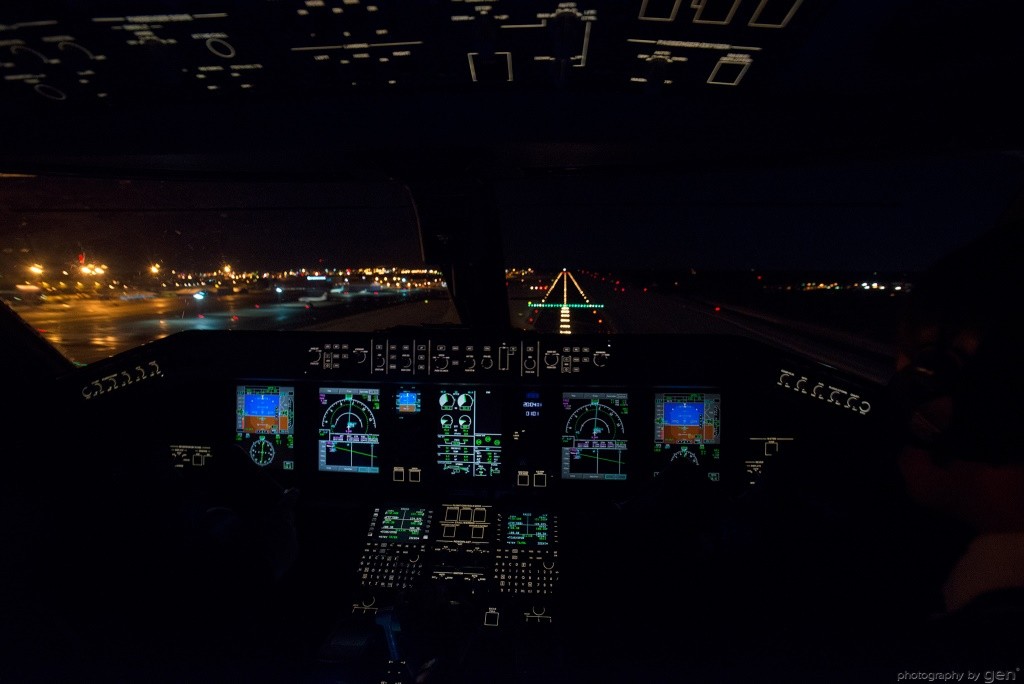