For International Women’s Day, Estonian World has compiled a list of the most outstanding Estonian women on the global stage.

It is important to emphasise that this is not the ultimate list of the most important Estonian women in the world. There are many others who work hard and stand out. Merely, we have brought out the names of Estonian women who have a larger-than-usual clout and impact outside Estonian borders and help to put the name “Estonia” on the lips of more people around the world. 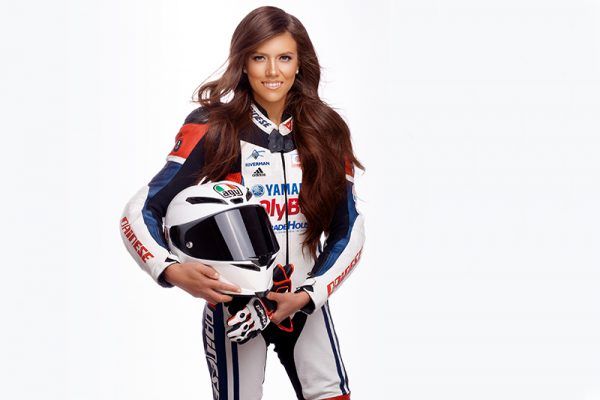 Anastassia Kovalenko is the first female racer in Estonian road racing history to race on the international level.

Kovalenko has been racing motorcycles since 2012, first riding a Kawasaki Ninja 250R. Next year, she moved on to a more powerful bike – the Kawasaki Ninja 600R. In 2015, Kovalenko started to race in the European Junior Cup. She achieved second place in 2015 and fourth place in 2016 in the Women’s European Cup. Since then, she has also gathered a loyal international fan base – gaining over 100,000 followers on Instagram and over 50,000 on Facebook. 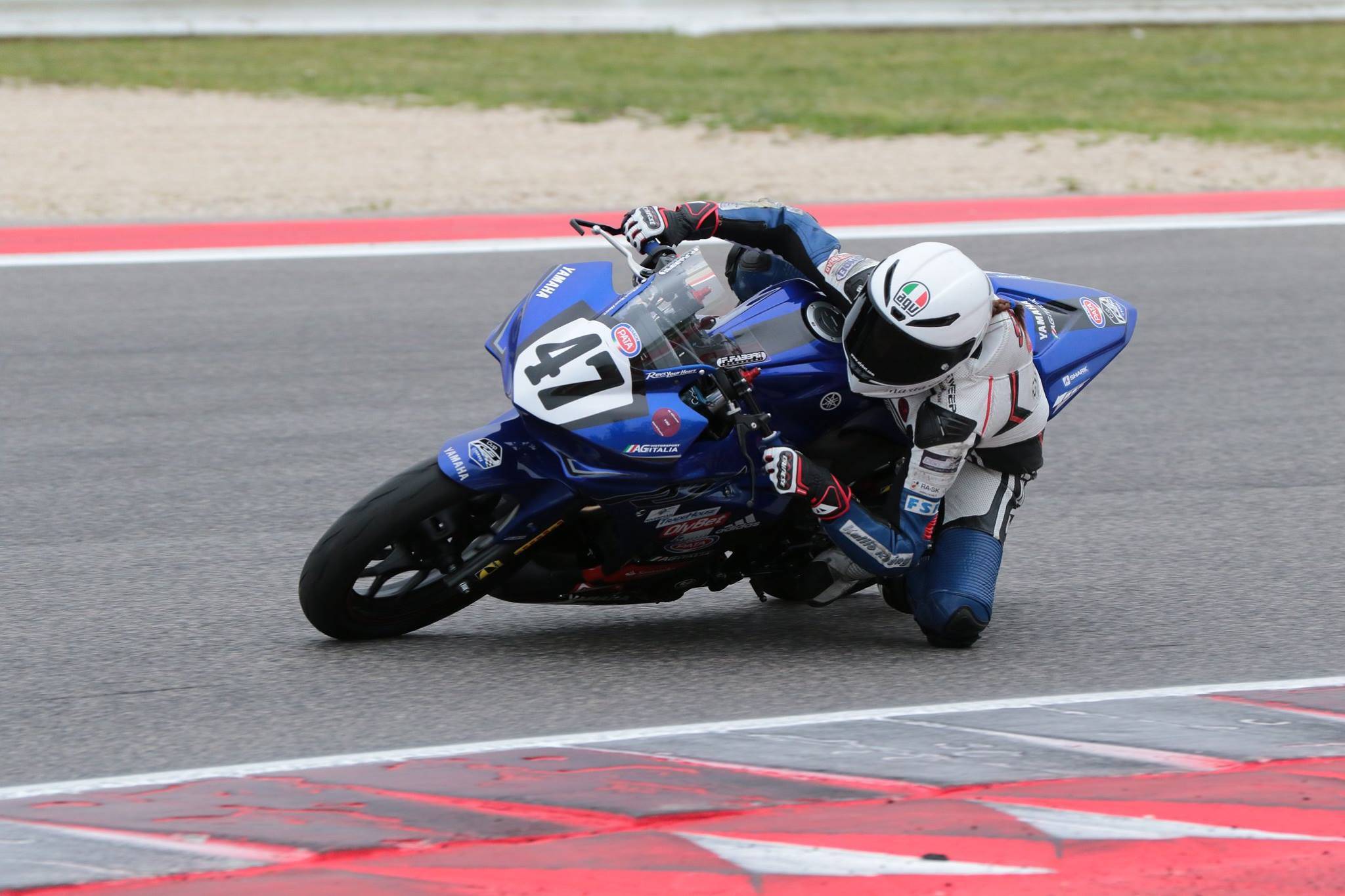 Apart from racing bikes, Kovalenko is a qualified lawyer and in 2017, she was elected a member of the Tallinn city council. 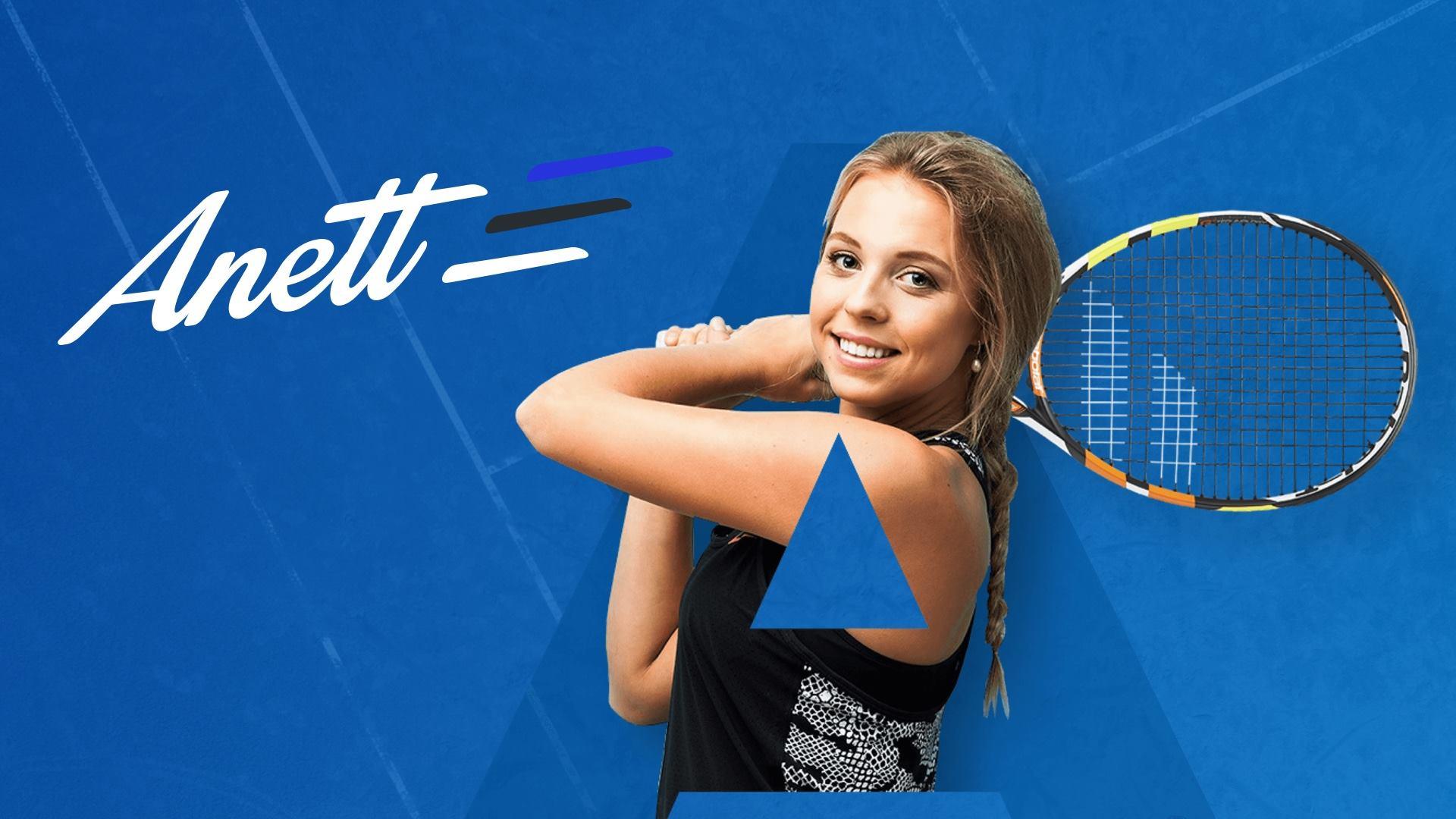 Anett Kontaveit started training when she was six years old and three years later won her first title. In 2009, Kontaveit won the Estonian women’s championship – at 13, she was the youngest ever to win the adult championship in singles. Her international breakthrough came in 2011, when she started to play in the ITF women’s tournaments. At her first grass tournament of 2017, the Ricoh Open, Kontaveit reached her second final of the year. In that final, she clinched her maiden WTA title and ensured a top 40 debut. Her current world ranking is 27. 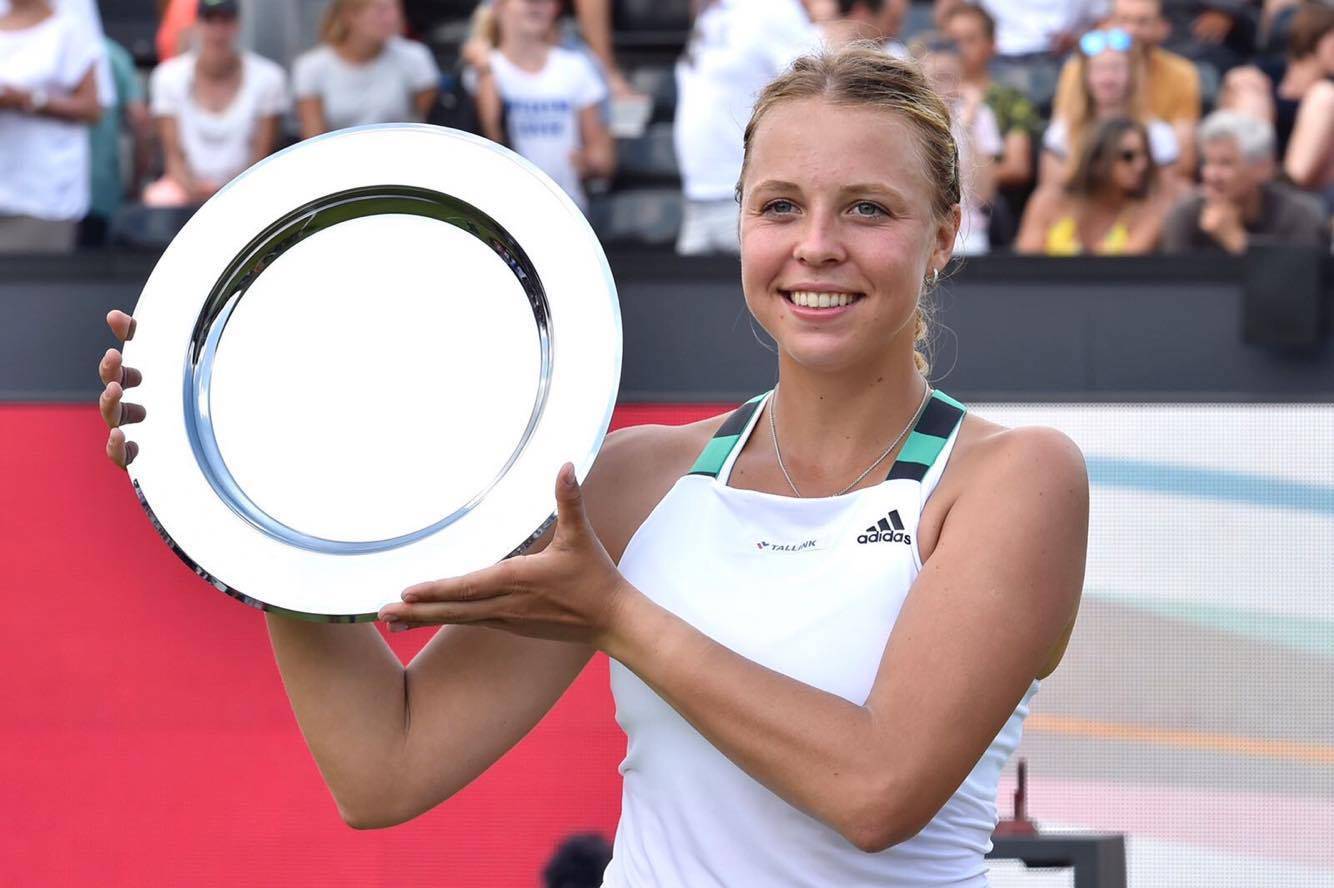 Sports commentators describe Kontaveit as an aggressive player. In 2017, Geoff MacDonald of the New York Times called Kontaveit “a superb competitor on all surfaces”. 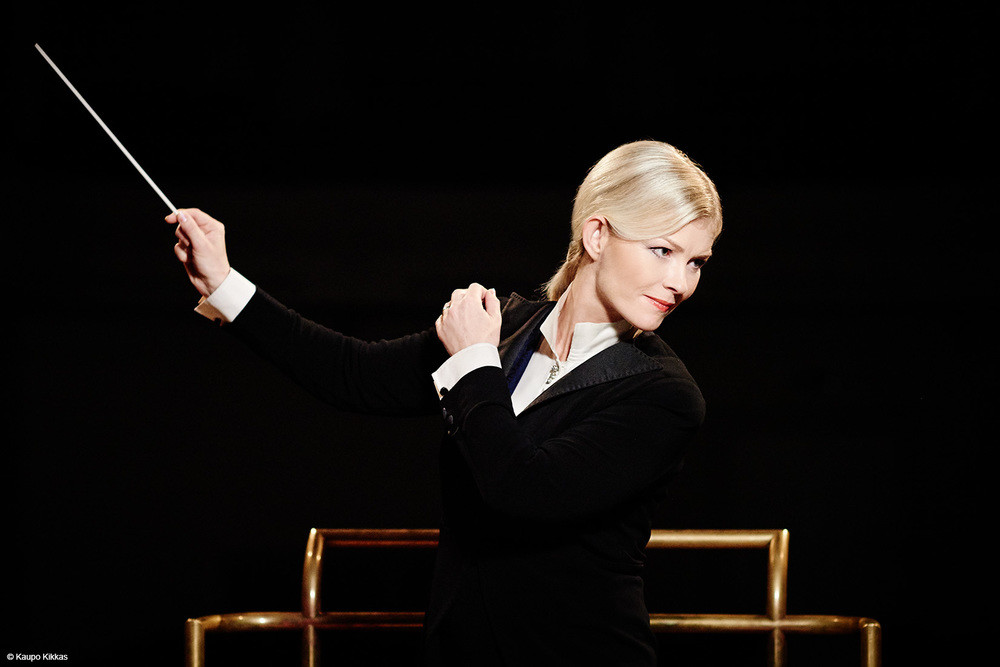 Anu Tali is an Estonian conductor, currently working as the music director of the Sarasota Orchestra in the US, and she’s also a co-founder of the Nordic Symphony Orchestra. She has appeared with the Japan and Tokyo Philharmonic Orchestras, the Orchestre Philharmonique de Strasbourg, Mozarteumorchester Salzburg at the Salzburger Festspiele, the Gothenburg Symphony Orchestra and Deutsches Symphonie-Orchester Berlin, among others. In November 2017, the Washington Post named Tali as one of the “female conductors to watch”. 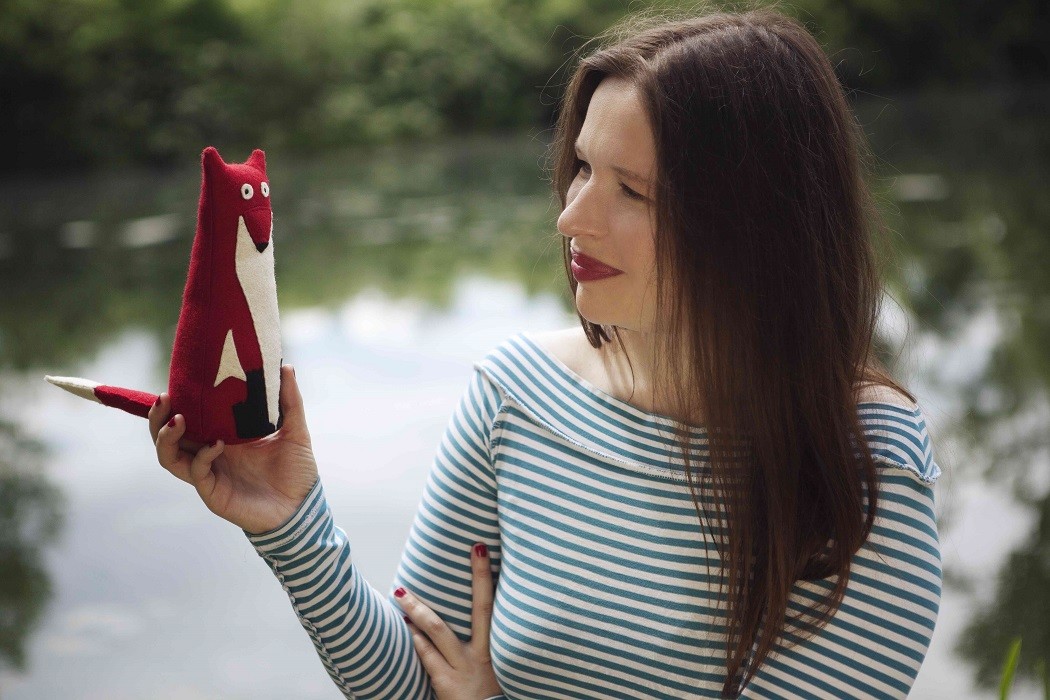 The Estonian-born Chintis Lundgren runs her own animation studio in Croatia and works globally. Her latest animation, a tragicomical story of the 33-year-old Manivald who gets into a confusing love triangle with his mother and a hot young wolf, has screened at over 30 film festivals around the world and so far, has already won eight awards. The film was also a nominee in the “Best Background & Character Design in an Animated Short Film” category at the European Animation Awards competition in late 2017.

“I ended up in animation quite accidentally. I studied at an underground performance art-oriented school called Non Grata in Estonia and spent the first seven years of my career painting,” she said in an interview in 2017. “But then I had a creative crisis and started playing around with animation, it was just for fun and I thought I would go back to painting later. I never did because I discovered that animation was so much more fun and also a lot more rewarding.” 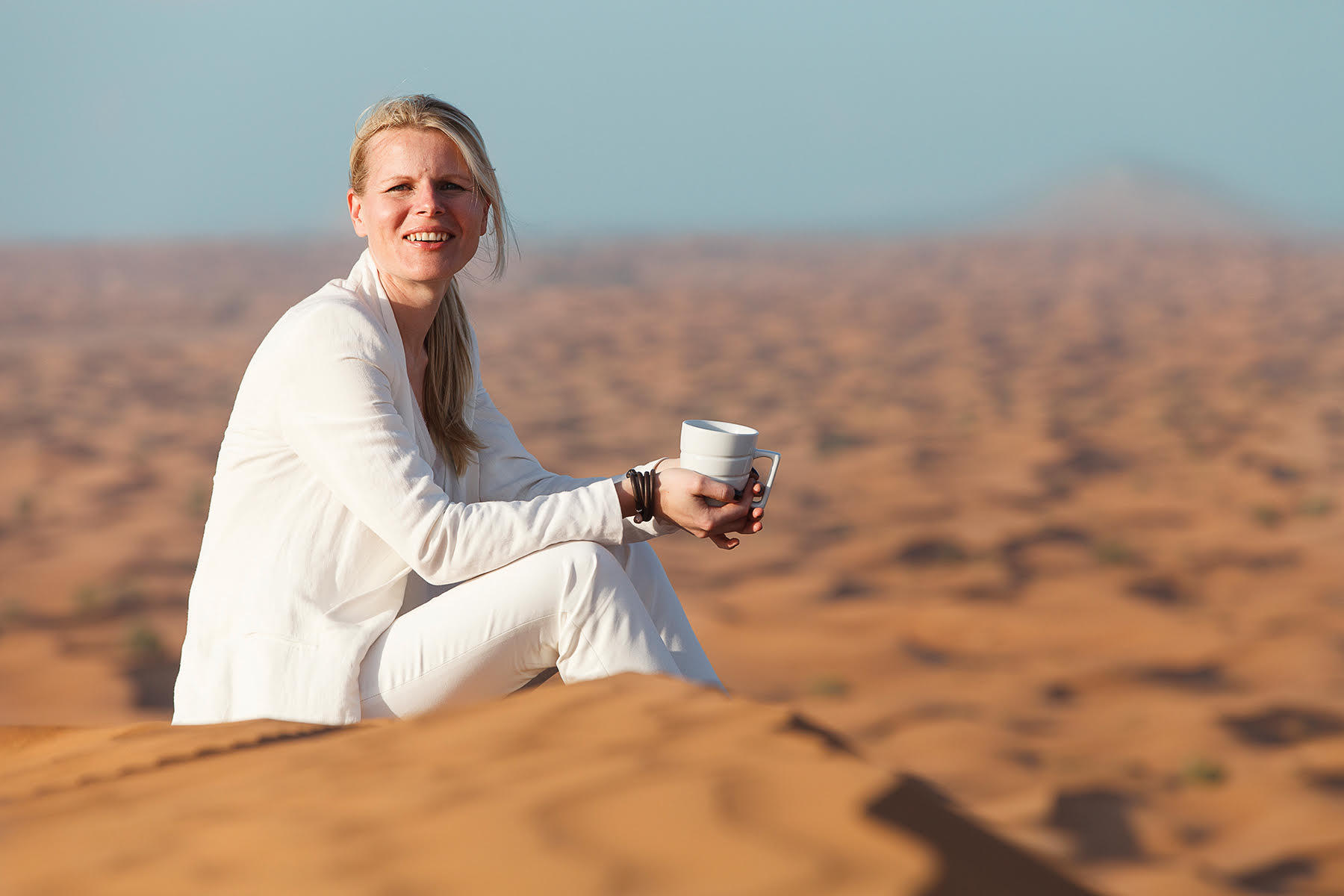 Erika Ilves is an entrepreneur who does not let herself be limited by the size of planet Earth when there is a whole universe out there. She is a cofounder of OffWorld, a company that is developing a new robotic workforce to enable the settlement of the solar system.

Ilves is not actually a “rocket scientist” – she is a qualified lawyer by profession, but she only practiced law for less than a year because it did not quite suit her. After working in Australia, Singapore, Norway and Dubai, she is currently settled in London. Ilves also encourages Estonian companies to benefit from the “space race”. “There are no reasons why Estonian companies could not be part of the commercial space ecosystem, pushing the final frontier. There are plenty of opportunities, but first, you need to be able to imagine things that are not there today, and second, find a way to pay the bills while you are developing a new technology or application,” she said in an interview in 2017. 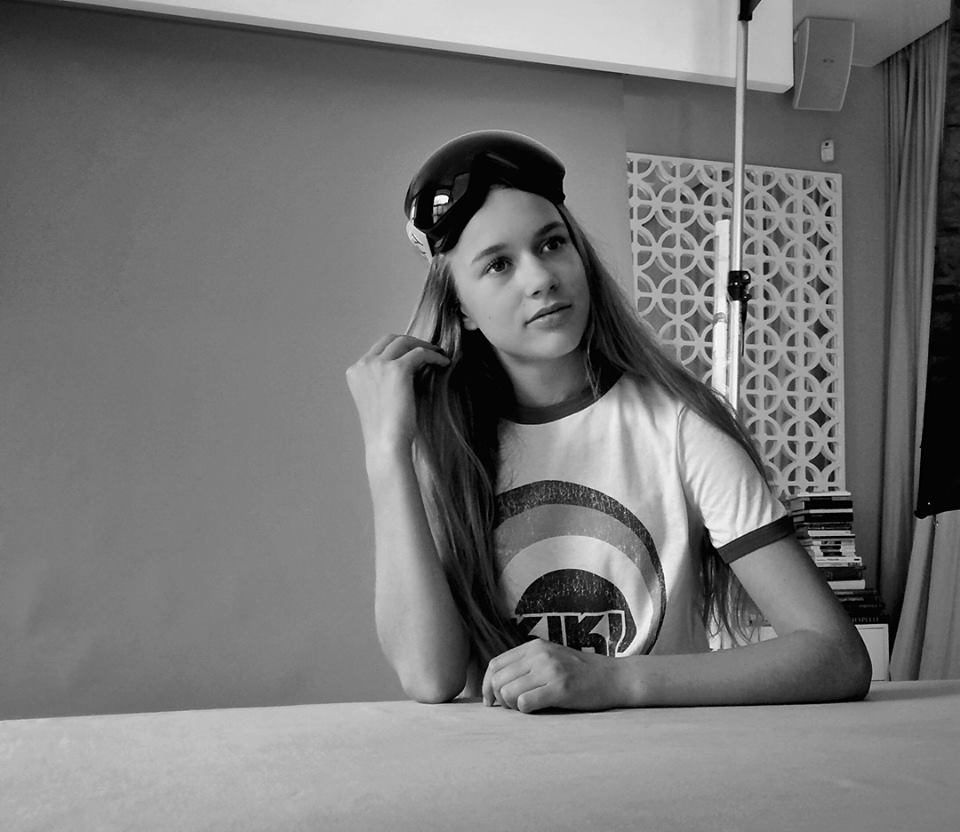 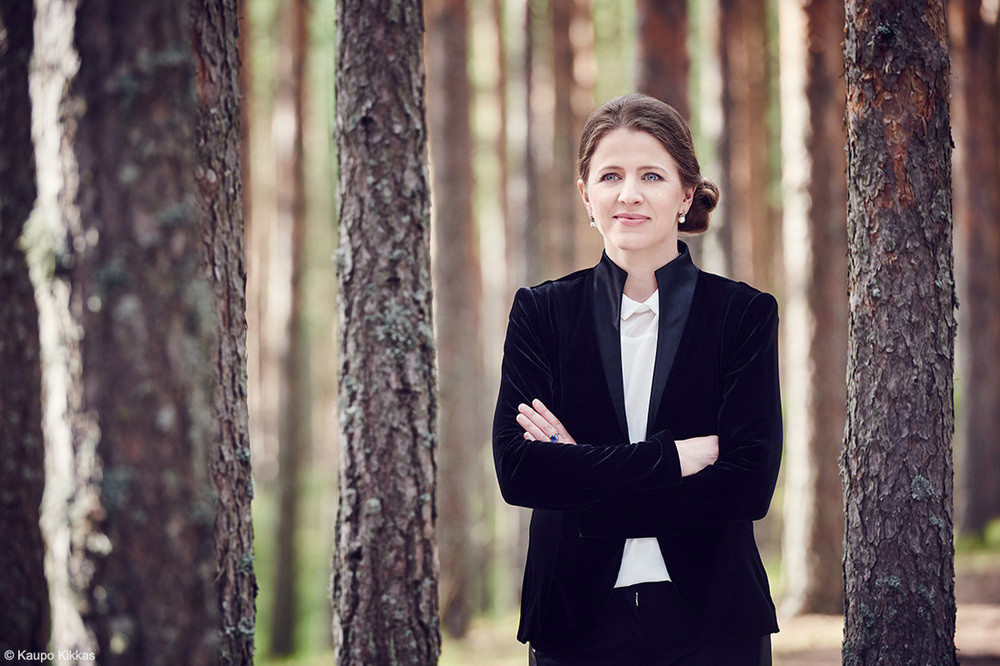 Apart from her remarkable career at the Komische Oper Berlin, the young Estonian is internationally much in demand as a conductor – in 2015, she was the busiest female conductor in the world, based on performances in all genres. She may not be the busiest anymore, but she’s not being idle – this year, she has already conducted the performances with the Copenhagen Philharmonic Orchestra and the Mozarteumorchester Salzburg. 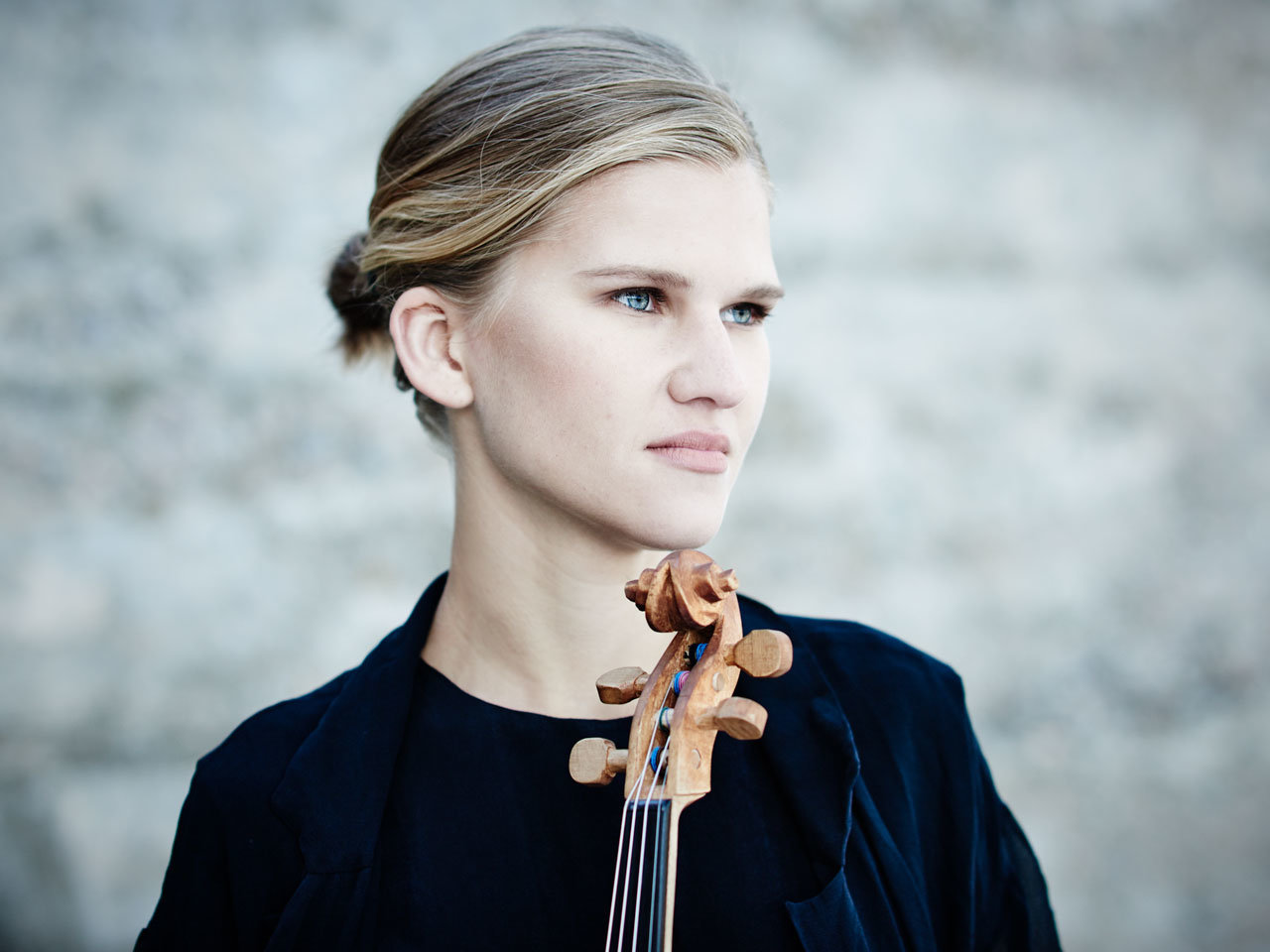 “When angels sing, they probably sound like this/that’s what it sounds like when the snow sings.” Both quotes are by Simon Le Bon, the lead singer and lyricist of the band Duran Duran, who shared her love of Maarja Nuut’s singing on Twitter.

Le Bon is just one of many culturally influential fans of Nuut. “It would be churlish to miss out on reporting, or raving about, what a phenomenal artist Maarja Nuut is. /–/ There’s a touristy pub in Tallinn centre called Hell Hunt that boasts a painting above the door showing a naked girl, eyes shut and smiling, riding on the back of a grinning wolf. That’s what her music sounds like,” said the Quietus, a British online music and pop culture magazine, in a review of her sound. 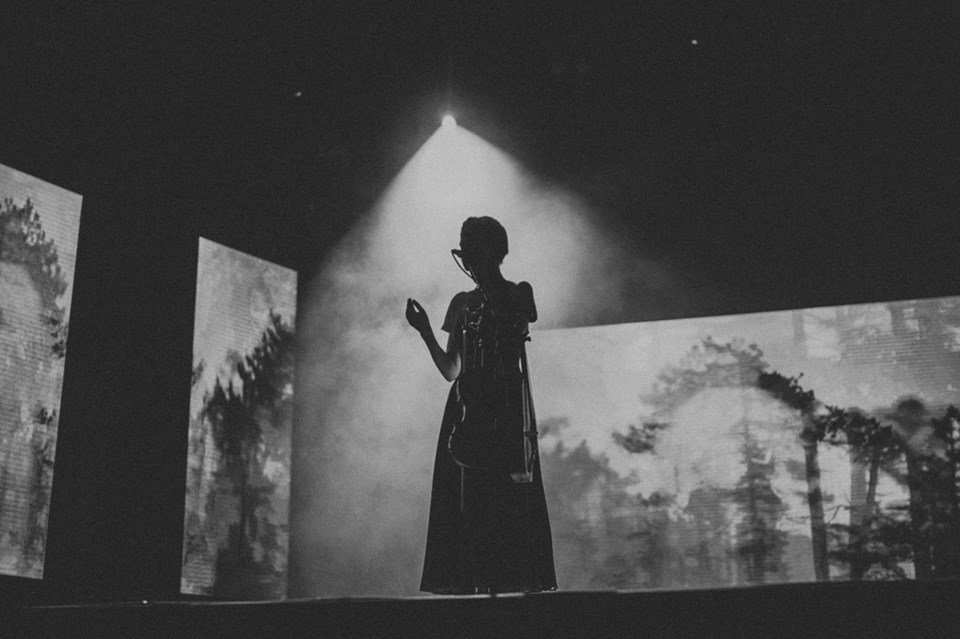 While combining vocal work with violin, Nuut’s music is a blend of Estonian folk traditions with contemporary experimental sounds. Since 2016, Nuut has toured in almost 50 countries, including the UK and the US, while in 2018, she will perform in Australia, Austria, Germany, Ireland and Switzerland.

The Los Angeles-based Maria Juur (with the artist name Maria Minerva) has persistently kept making a name for herself in global underground music circles. In 2017, the British daily, the Guardian, included her on a list of most important contemporary music artists in Los Angeles, based on the opinion of the local movers and shakers – DJs, musicians and journalists. “She’s another quintessential LA artist, but is actually Estonian,” said Amanda Brown, an artist behind the lo-fi pop band, LA Vampires, in her characterisation of Minerva.

Since 2011, her music has found a home under the roof of the Los Angeles-based record label, Not Not Fun, and its offshoot, 100% SILK.

Marina Kaljurand, chair of the Global Commission on the Stability of Cyberspace 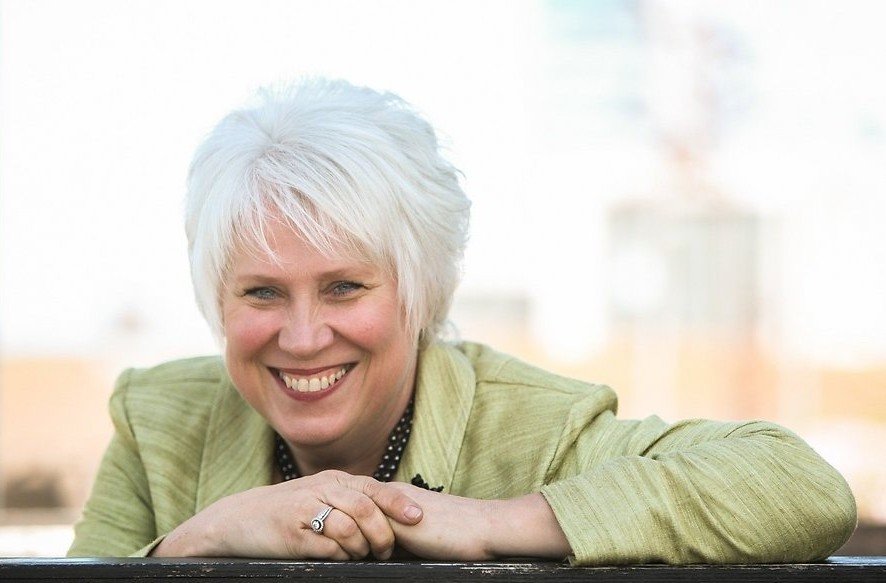 Marina Kaljurand is a diplomat and a former minister of foreign affairs. She has served as the Estonian ambassador to the United States, Russia, Mexico, Canada, Kazakhstan and Israel, and from 2015 to 2016, she represented the country as foreign minister.

Currently, she is the chair of the Global Commission on the Stability of Cyberspace, an international organisation helping promote mutual awareness and understanding among the various cyberspace communities working on issues related to international cybersecurity. 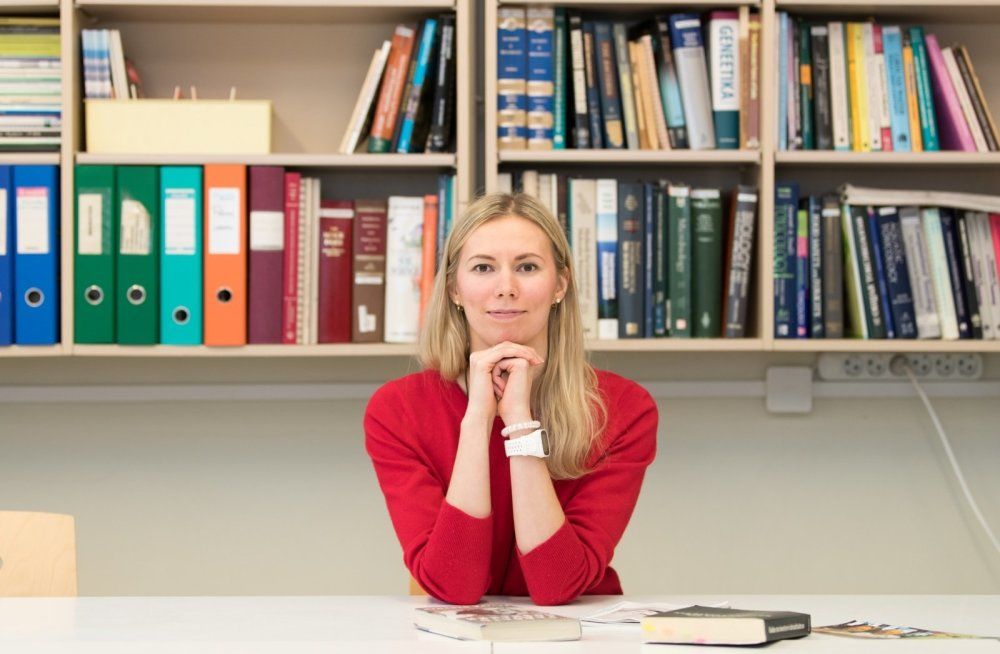 While nanoproducts are becoming a growing part of our daily lives, scientists are raising concerns about their risk to human health. Olesya Bondarenko, a principal research scientist at the Estonian Institute of Chemical Physics and Biophysics (under the Tallinn University of Technology), focuses on the understanding of interactions between novel nanomaterials and living cells.

Though only 34, she has already co-authored 25 scientific publications and in 2017, received a special award from L’Oréal-UNESCO For Women in Science, a partnership between the French cosmetics giant and the UNESCO that aims to improve the position of women in science by recognising outstanding women researchers who have contributed to scientific progress. 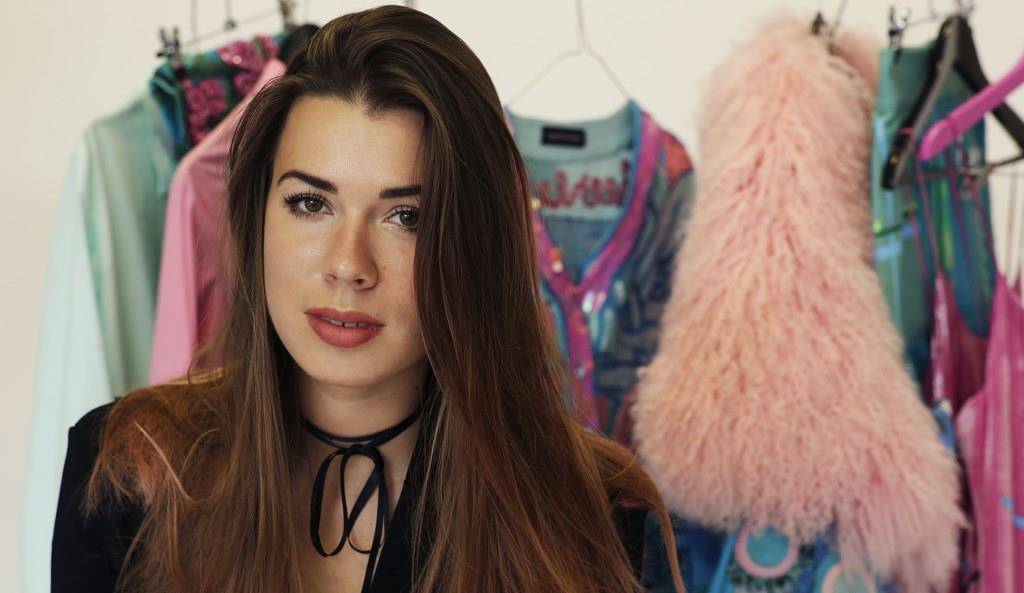 The London-based Einer launched her own label in 2015, after graduating from Westminster University. Her signature style is characterised by maximalist embellishments and illustrative, tonal embroideries. “She is the definition of a maximalist; rich embroidery is at the core of all she does,” said the Daily Telegraph, an influential British daily, while including her in the “12 of the most exciting up-and-coming names”.

Einer has since presented her collections at the London Fashion Week and found stockists among such high-profile names as Saks 5th Avenue in New York and Los Angeles, Cul de Paris in Tokyo, and Super Boutique in Milan. Her clothes have also found fans among global superstars, such as Rihanna and Lady GaGa.