Based on her experience at the Estonian centennial parade, the Tallinn-based Italian expat, Milena Spigaglia, cites Estonia’s perceived lack of distance between its leaders and the people as a positive example, especially compared with the more elitist approach of Italian leaders.

There I was, on Saturday morning, celebrating the Estonian independent statehood. There was a proud Italian attending the centennial parade at Tallinn’s Freedom Square and enjoying it from a very good perspective, just behind the dignitaries’ stand, which really few people hazarded to reach – the others being shrewd enough to realise it was totally exposed to wind and snow.

It so happens that the proud but frozen one came into view in some of the pictures taken by the Estonian media.

Having dismissed the freezing and kept my vanity, I forwarded to my Italian contacts the glorious image of me just a few metres from the Estonian president, Kersti Kaljulaid, and general Riho Terras (the commander of the country’s defence forces – editor) accompanied by the pleased, explanatory caption. 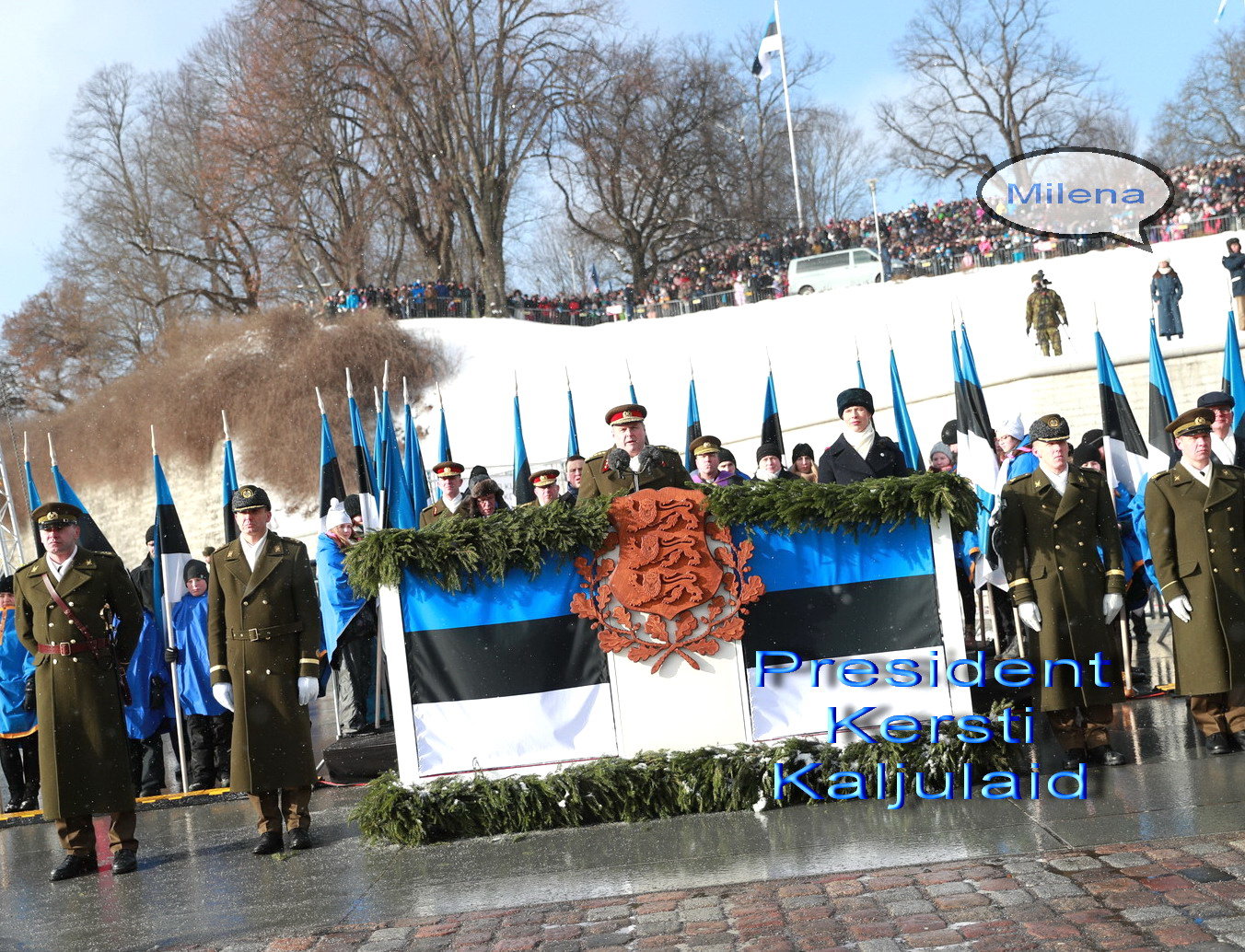 The feedback disappointed me, though. I was ready to answer questions about who or where or why. “Why a simple coat instead of an anorak?” would have been a reasonable question, for example, to which I would have replied that mine had been a not-so-smart attempt to replicate the Estonian tricolour flag: a white hat, a black sweater and a blue coat – and now, yes, you can laugh at me. But unexpectedly, almost all of the questions sounded like – how did you get there? Or – why were you so close to the stage? Or even worse – whom did you know who allowed you to pass by?

My initial enthusiasm rapidly dropped as they reminded me of some reasons why I felt like moving away from Italy.

In Italy, the political power is dramatically pompous

These are just the kinds of questions that betray the mentality that my country is unfortunately soaked in. These questions actually reveal the relationship between the community and its representatives. It is sad to admit that in Italy, the political power is usually exercised in an in-your-face way, and it is so dramatically pompous. It doesn’t allow the ordinary citizen to get close, the latter being not considered as a subject entitled to transparent rights, but as someone external and outside the political ring, thus destined to be treated like a pill or a vague threat. Who succeeds in getting close to it (a physical proximity suggesting an influential stance), they necessarily have “squeezed in”, maybe using a trick, a sort of unorthodox alternative. This does not affect just an occasional event, but every level of the political realm.

In Italy, it is hardly conceivable that a community can be ruled by an idea of substantial equal dignity between the representative and the represented, where the former cannot imagine to exercise an exhibited, immodest and baseless prepotency in front of the citizenry without paying consequences in terms of respect and credibility; or that police patrols and rally marshals are really there to provide safety and not to guarantee some privileged positions; and that ultimately the so-called elite and the rest of the community share the same social spaces.

Of course, I do not think Estonians have found the Holy Grail of social and political perfect agreement. Estonians have to cope with their problems and conflicts. And, I would add, Estonia as a country and as a government has its own vulgate, its narrative aimed at improving social cohesion and stability. That is perfectly understandable and right. The difference in respect of Italy is that, again, this social and political discourse is a common space to all the components of the collectivity because it is written and embraced within an osmotic process between the public and the private sphere, and not just dictated by the elite and performed by the rest of the civil society by mere convenience or simple routine.

Also, Estonians complain a lot about things that do not work but, as president Kaljulaid said in her speech during the centennial celebration at the Estonian National Museum, most of the times, it is about an “exacting discontent”, which means that being critical can result in a good attitude if it brings the awareness that tomorrow, things can improve through effort and commitment. In Italy, the risk is that too often complains turn into an onanistic whining that ends up serving justification to the status quo.

Keeping in mind that at the end of the week my country will go to the ballot boxes (the 2018 Italian general election is due to be held on 4 March 2018 – editor), I would like to tell my fellow citizens that it can be a relief to be part, just a little bit, of a society whose president is a woman really capable to inspire other women by virtue of her personal achievements, and not because she just managed to “squeeze in” or because she gave it away to the rich and mighty in charge (any reference to some Italian political candidates shortlisting is absolutely pursued). 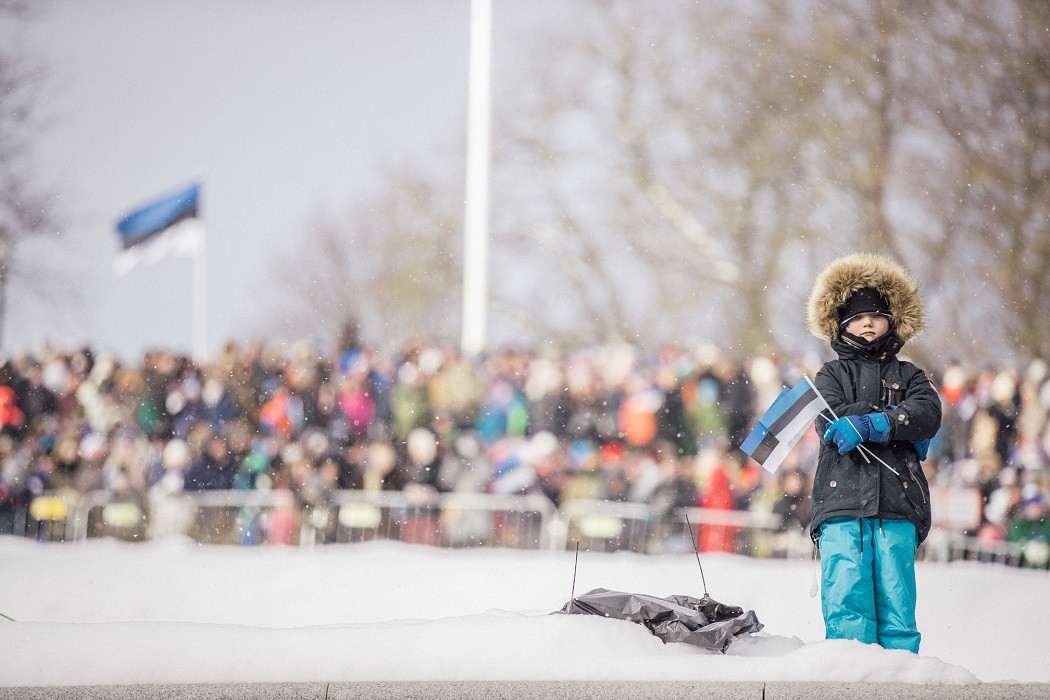 God save the frank Estonian simplicity. It deserve its place in the data embassy as well.

The opinions in this article are those of the author. Cover: Tallinn Freedom Square preparing to host the centennial military parade on 24 February 2018 (the images courtesy of Estonian Defence Forces and ERR).