Hi Janek, where are you based and how long have you been there?

My family and I are based in Terrasini. It’s a small village (7000 regular inhabitants) in the region of Palermo which is the capital of Sicily. Terrasini is situated about 35 kilometres to north – west from Palermo, near Punta Raisi airport. And we arrived here exactly 23th February 2011 at half past eight in the evening, after having travelled for 14 hours. A day before Estonian Independence Day.

What made you to choose Sicily?

As we had been here before for many times, we realised that we do not belong to Estonia anymore. Something went very wrong. When we were in Estonia, we missed the Sicily while being in Sicily we did’t feel any nostalgia for Estonia. We had already made friends in Sicily and we felt that our life would be here. It’s so simple!

What is it like to live in Sicily and what challenges have you had?

To live in a village in the Sicily is full of absurdities. It’s totally another world. I cannot express it in words, although I feel it every day. I call it “sicilianita'” and it means that miracles just happen, the god exists and he’s with you whatever you do. Do not get me wrong! I’m not a believer and I do not go to the church. But the God exists here and I call him Giovanni, who actually is my friend here. He knows that I call him Jesus of Terrasini or “Il padrino” – the Godfather.

The most important challenge here is to face the question of survival. In these conditions, how to survive? At least you must have a job! The first job is to find a job, but being honest, nobody has a job here. The fact is that everybody is occupied with doing nothing or just some kind of absurdity. We have everything here – the sun, the sea, beautiful beaches, high mountains, Southern European architecture and so on. Just about everything but job. It must be a paradise! So we live from one day to another, just hoping that next day will solve the question of work. But we know that this will never ever happen.

“Ridi che ti passa” is one proverb in Palermo and according to my translation it means “Smile today because tomorrow it could already be much worse.” 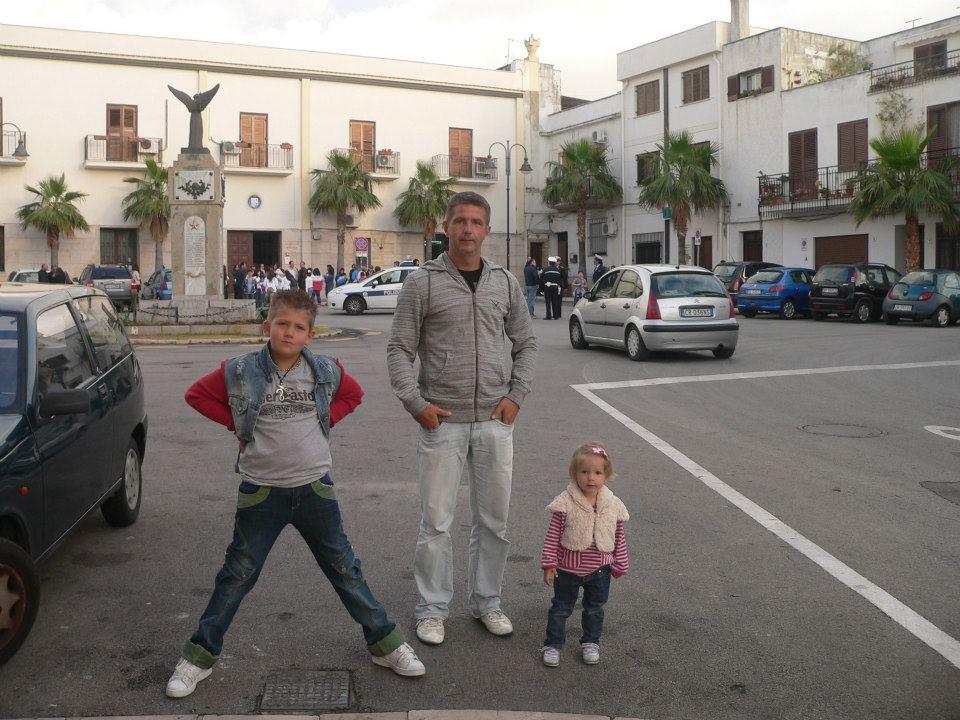 Was it easy to integrate in your current environment?

Lots of different nationalities live in Italy and in Sicily. Different people from very different countries. And it’s quite annoying to see that most of them just don’t get along with local people. They isolate themselves into their own groups of their own nationality. And definitely we cannot talk about their integration or their own will of integration, because they just don’t want to; or are afraid to. They have a different attitude, their own reasons why they are here, and different purposes. And let’s be honest – most of them don’t care about Italy! Of course it depends on a person.

As we are interested in integrating ourselves into the environment of Italy, then it’s necessary for us to follow our own interest. I mean, if you are really interested in your integration into another society and culture, then you should communicate with the people who present the society. You have to be open-minded and ready to make necessary changes in yourself and not in them. It doesn’t mean that you must accept everything, but for example, when people are used to going to cafe in the morning, then you should to do the same – and don’t find any excuses to drink your coffee at home, as you were used to!

Our long-term purpose of integration is to become Italians living in Sicily and preserving our Estonian. Quite a good challenge, in my opinion.

How do you make your living and what has been your best experience in your work life?

Ridi che ti passa! But anyway, we have to pay for our apartment, electric light, water and in spite of the fact that I have lost 25 kg in a year, we buy food, too. In addition, we have other expenses.

I know it sounds like a humiliation, but we accept almost every job which doesn’t go against our principles. For example, I have been cutting grass (resembles more to hoeing the ground), smashing and building the houses, baking in a Sicilian bakery (Panificio), being a tourist guide and writing articles about my life in Sicily for an Estonian newspaper in Sweden, as well as for my own blog. Congratulations! We are alive and life goes on! And I hope that somebody will call again tomorrow and will ask me to do some job….

So I have arrived at the point where I am over-experienced. It means that as a local, I do everything at the same time when I do nothing. But I’m happy because I experience the lifestyle where after having worked 11 hours in a bakery, I can still go to the beach with my family. The reality is that even if I am much more than tired, I can always make one more step! Even if my workday starts at 3 am. And let me remind you that in one month there are at least 30 days…. 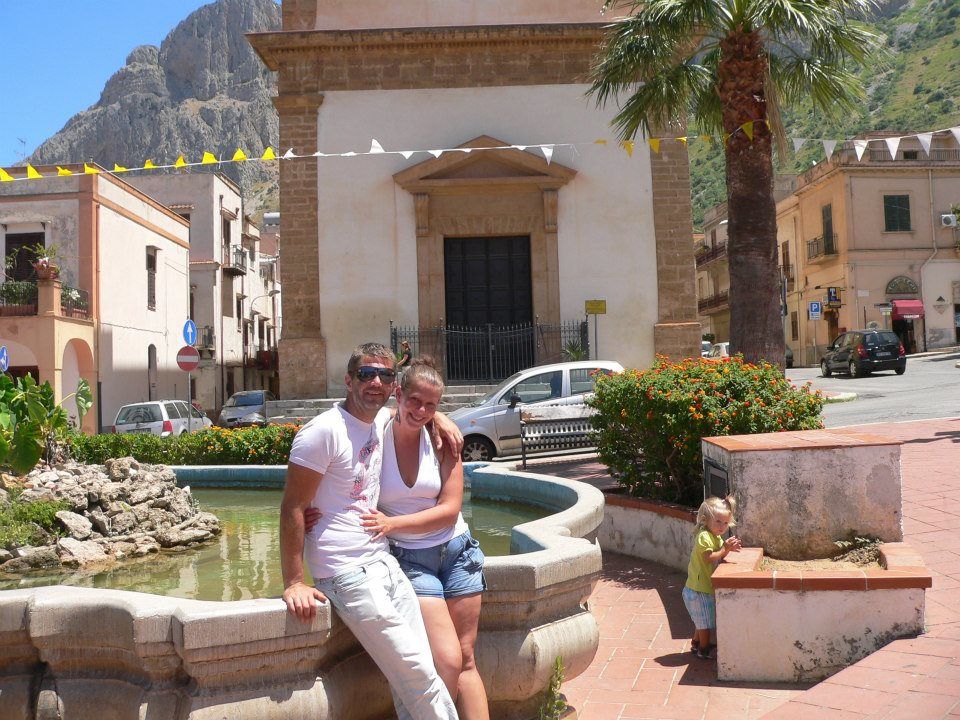 What motivates you in life?

It seems to me that in different periods of our life we all have different motivations what make us move. As a child, I was inspired by Diego Maradona. Not as a man, but as a football player. Amazing, isn’t? Right now, I’m looking for something that in reality obviously doesn’t exist. It’s the real Sicily! A year and a half later I have a clue what it looks like, but during my time in Sicily I have seen it once. While I was cleaning an old yard, full of fruit trees, with a 82 years old Sicilian man, we suddenly found an antique fountain. We cleaned it from the dust and the old man asked me what’s written on the fountain. He couldn’t read, not because he’s blind or something, but he told me that he was actually illiterate. For a moment I saw how the time stopped in front of me. It’s like you are in the middle of doing something and suddenly you wake up, become aware of surrounding reality and yourself. For me, the situation meant that two real Sicilies met each other but they didn’t recognise themselves. It was the real Sicily: a yard, plenty of fruit trees, an old Sicilian and a fountain. And that makes me move.

Have you had any setbacks?

I would lie if I said no, but once I understand in those difficult situations that the beauty of the game stands in the process, it’s all right! There’s only one thing to keep in mind while playing the game called Italian life: it has got two sides. The first one smiles at you and informs everybody that everything is perfect while another one says that we are all totally in the shit, but in spite of the fact we continue smiling. In both cases life goes on. Just accept it, because it was your choice.

And I have understood that the people here are not necessarily the same as in Estonia, although you can meet stupidity in every place of the world, wherever you are.

At the beginning I used to get angry when somebody asked me where I was coming from, and I told them to guess. Almost all of them responded:  from Romania! Now, when somebody tells me the same, I just add them to a list of people I have to kill here, ha-ha! 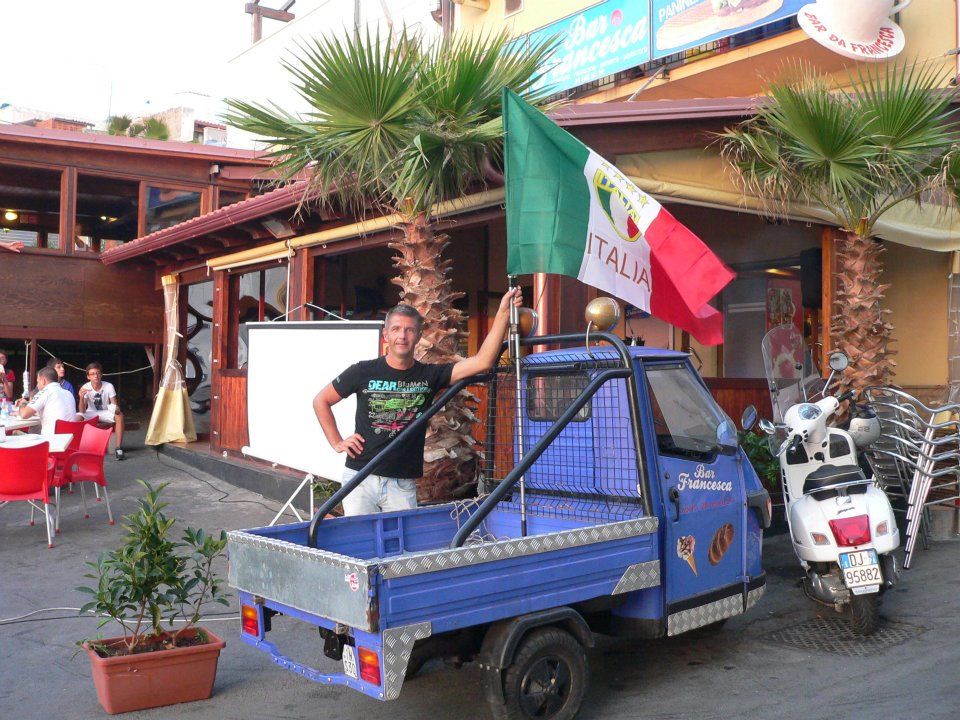 What’s your recipe for success?

Actually, I have a lot of recipes for success. Some of these are Italian ones and maybe that’s why they don’t work. In alphabetical order:

3) Make a plan! If it doesn’t work, make a plan B! Nothing to lose, but the entire world might be yours.

5)  Ridi che ti passa – Smile today, because tomorrow it could be much worse

7) And the most important – don’t wait the life to show you the future, show your future to your life.

Do you still have a connection with Estonia? 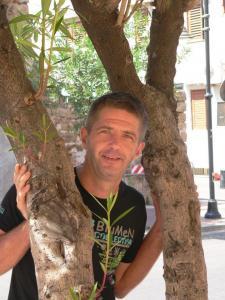 Sure I do! My mother and father-in-law live there. Almost every weekend we call each other! Over the Skype I could communicate with my friends or any other person in Estonia, but I’m not bothered about it too much because if somebody wanted to meet me, they could just take a plane. We didn’t come here to miss Estonia, we came here to live Italy! And that’s why I would add one more sentence which at first sight may seem angry, but if you think about my reasons to move here, you’ll understand: I do not want any other Estonian to come and live here. If somebody wanted to come and live here, then I would ask them to be so kind and move themselves in the next village. We don’t have to be friends because of we are from the same nationality.

But everybody can come and visit us. Some of my Estonian friends and even the people we have never met before have done that and I am very happy about them.

Is there anything special you miss about Estonia?

Palermo has everything! Absolutely everything – if it started to snow right now :). And I hope that one day somebody could give me just five minutes of tranquility for myself. That’s all I want from Estonia.

Once we will have lived in Italy for ten years, we will move to Argentina. Why? I do not know. Just like the idea! And that’s the plan.