Jaanika Peerna is an Estonian-born artist living in a small village in the scenic Hudson River Valley, about an hour from New York. She has exhibited her work extensively in New York as well as in Paris, Tallinn, Lisbon, Sofia, Dubai, Honolulu, Novosibirsk and Rome, and it can be found in numerous private collections in the US and Europe. Her work is represented by Masters & Pelavin Gallery in New York, ARC Fine Art in Connecticut, and Haus Galerii in Tallinn, Estonia. Kristjan Lillemets met with Jaanika in a cosy bar in New York’s East Village neighbourhood to talk about her art and life.

How would you introduce your work? 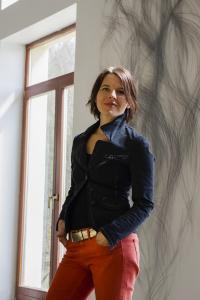 I am capturing the transitions in natural phenomena — wind or light — through drawing, video, light installations, lately also performance. I work in an abstract, black and white world. Growing up in Estonia has influenced my art a lot. It’s difficult to live there if you don’t learn to notice and appreciate the countless different shades of grey.

Did you always want to become an artist?

The first career-related dream I clearly remember was to become a figure skater. I wanted it so badly as a six-year-old that my parents even let me stay up after Vremya (The Soviet state TV evening newscast at 9PM) to watch the competitions on TV. I didn’t do so well in a club though, as I was often more interested in the marks my skates were leaving in the ice than the actual form and technique. That was probably an early sign. After all, what I do now is all about leaving traces on an empty surface. I also used to scribble a lot and my parents must have seen some potential in it when they enrolled me at the Kopli Art School as a first-grader.

What are the pivotal moments in your life and work? Do they align?

The move from Tallinn via Helsinki to New York State is by far the biggest turning point in my life and work alike. I quit my fantastic job being the headmaster of the art school of the Old Town Educational College which was a great honour at the age of 25. I left everything behind — friends, family, culture, language, studio, oil painting. I also got married three months after the move and became a mother soon afterwards. So within a very short period of time, everything turned upside down and to digest that, I turned to drawing, obsessively. I filled countless notebooks and sketchpads, feeling that drawing is my way of explaining what was going on to myself and to the world. I shortly realised that my work communicated with the outside in a much more direct and clear way than my broken English could. So, it became a means of survival, something which importance I cannot understate looking back now — a universal language crossing all borders.

You mentioned Helsinki. What part did it play in your move?

That’s where I met my husband. I was living and working there on a visiting artist grant with the University of Art and Design Helsinki. Finland really changed my destiny. Sometimes the hottest things can happen in the coldest of winters!

You’re moving to Berlin for a year. Do you have any plans or goals there?

In the words of Leonard Cohen, “First we take Manhattan, then we take Berlin” (laughs). I actually have no plans. I’d like to see how living and working in an urban environment affects my work and, if possible, curate an exhibition. 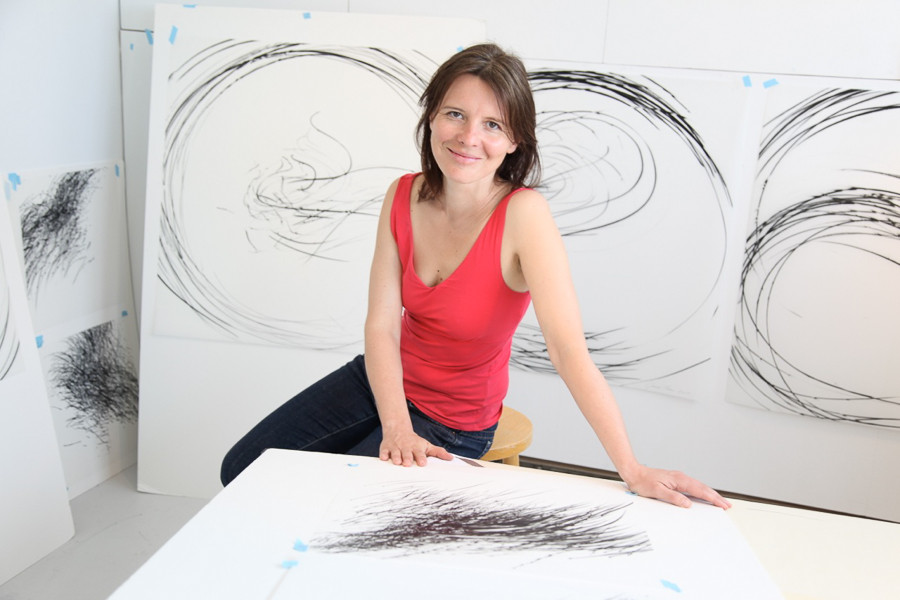 Who are your favourite artists? Are there any that have inspired your work?

I love the Danish-Icelandic artist Olafur Eliasson, who also has a studio in Berlin. His work with light is amazing, observing the changes in a never static way. The New York-based artist, Julie Mehretu, is a huge inspiration for me with her large-scale works combining natural and urban environments. I also watch a lot of dance and listen to modern classical music, to not get too stuck in the world of visual arts.

What were the main things that surprised or shocked you about America?

Everything was bigger! Fridges looked inflated, huge cooktops, garbage bins, cars. That aside, what blows my mind to this day is the plurality and the relatively friendly coexistence of cultures, languages and points of view. I make my way to the city (NYC) once or twice a week to run art errands and to get a dose of that beautiful diversity. Walk three blocks and you get from China to Pakistan, Italy or Orthodox Jews — like nowhere else in the world!

What about being an artist here?

The number of really good artists working in New York makes it hard to be noticed at all and justify your existence, keep making art and survive financially. I would have been scared to stop my teaching jobs and dedicate myself full time to be an artist if I did not have a supportive husband with a steady job. It might be hard to believe but there is much less funding in the form of grants for artists in NYC than in Tallinn. Yet there are many more possible collectors and private money to support the arts. The scene is also more diverse here. In small countries, it could be hard to fit in and be accepted if your work speaks a different language, so to speak.

Do you ever wonder, what would’ve happened if you had stayed in Estonia?

I think my career would have been quite different. First of all, in Tallinn not having gone to the Estonian Academy of Arts (I studied to become an art teacher) automatically meant I couldn’t be considered an artist. Secondly, I really didn’t have the same kind of drive. It’s just much harder to survive here. There’s more urgency in how an artist needs to work, learn, re-create and develop themselves. I probably would’ve aimed at some administrative heights in the field of education in the EU. I was participating in a few projects already and the Soros Foundation had just invited me to take on some more. That would’ve been somewhat regrettable. I think I have… (she pauses for a while). I have more to give to the world through my scribbling than administration.

What would you consider your biggest achievement as an artist?

The fact that galleries in Manhattan and elsewhere have taken me under their wing is definitely an important accomplishment to keep going, financially and artistically. But I think the real victory is finally having managed to bring together who I am and where I’m coming from, through the various media I work with. It’s all one work. I can’t really highlight any specific piece or project. It’s the knowing that the dots do connect and make sense, even if I’m not guiding my intentions very clearly. I’m on a journey, throughout which I see what the next step is, and it’s the result of my experience and years of constant work. After all, the hardest part of our profession is to not give in to doubts and temptations, and keep going. To have survived here in spite of various obstacles and found a home in the arts world is a huge achievement for me. 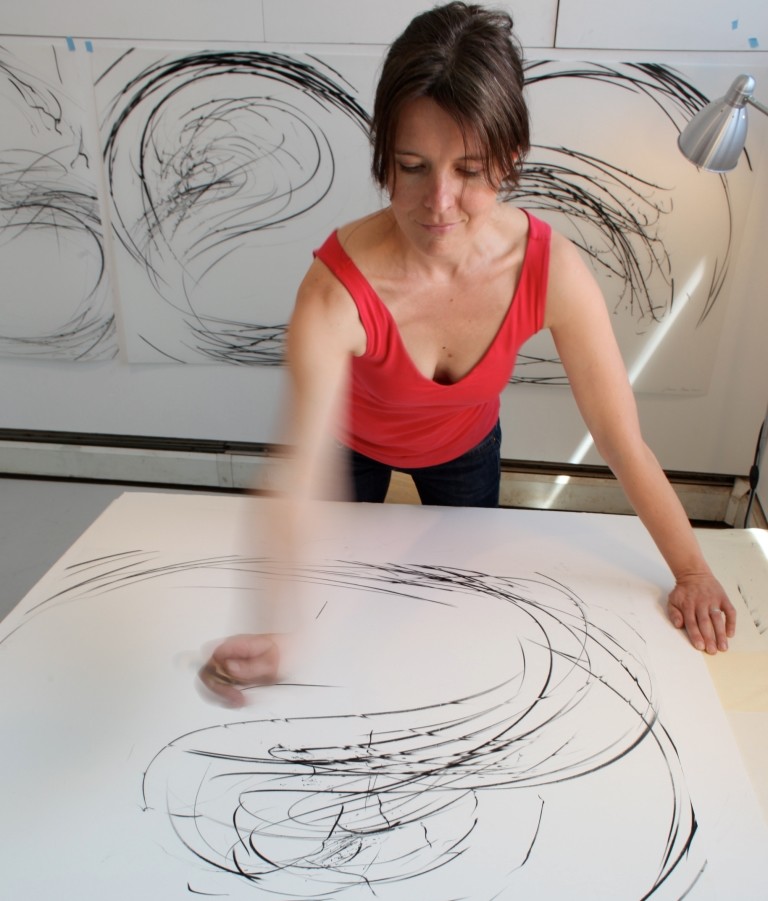