The joint Russian and Chinese drill in the Baltic Sea – right in the vicinity of the eastern flank of NATO and about a month after a NATO drill in the region at the Polish-Lithuanian border – will see ten warships and as many aircraft deploy to the region.

The provocative drill to be held in the last week of July, called Marine Cooperation 2017 (and previously called Joint Sea 2017), is aimed at increasing “the effectiveness of the two navies’ cooperation in combating security threats at sea, developing the compatibility between crews aboard Russian and Chinese warships, [and] strengthening the friendship and cooperation between Russia and China’s navies”, the Russian defence ministry said in a statement.

The drill has been run every year since 2012, but usually it takes place in waters closer to the territories of Russia and China. In addition to the warships and aircraft, the exercise will involve anti-air defence, anti-submarine and anti-ship combat.

The exercise is to take place in St Petersburg and Kaliningrad, and China will contribute to the exercise with the destroyer Changsha, the frigate Yuncheng and the comprehensive supply ship Lomahu, as well as ship-borne helicopters and marines. 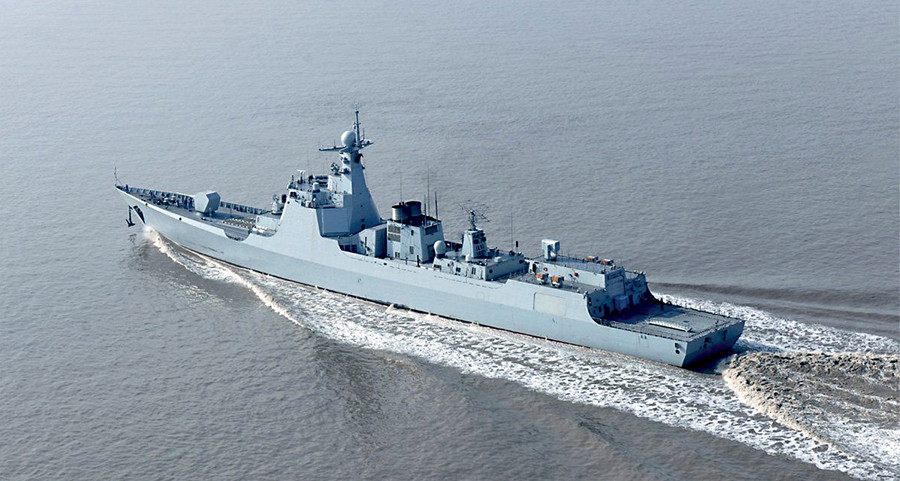 According to a previous report by the Chinese state news agency, Xinhua, the exercise is to “jointly carry out rescue missions and protect the safety of economic activities at sea”.

The exercise comes about a month after a large-scale NATO drill on the Polish-Lithuanian border where the allies rehearsed a possible scenario on which Russia might try to cut off Estonia, Latvia and Lithuania from the rest of the allies by closing the “Suwałki Gap”, a 104-kilometre (65-mile) frontier that separates Poland and Lithuania and runs from the Russian Kaliningrad oblast to Belarus.

According to Reuters, Russia denies any plans to invade the Baltics, and claims NATO is threatening stability in Eastern Europe by building up its military presence there and staging such war games.