Entitled “Shaping the New Normal”, the 10th Lennart Meri Conference (LMC) will focus on the future of Europe and the West from 13-15 May when outstanding analysts and policymakers gather in the Estonian capital, Tallinn.

The annual conference was first held in 2007 as a commemorative event for the late president Lennart Meri, organised by the International Centre for Defence Studies (ICDS) to carry forward Meri’s legacy and to ensure that Estonia will be part of seeking solutions to international policy issues. In the past nine years, the LMC has proven to punch well above its weight within the international security conference circuit. The Estonian president, Toomas Hendrik Ilves, the patron of the conference is proud that the LMC has become one of the premier foreign and security policy conferences in Northern Europe: “If you want to know how things are in this part of the world, this is the place to be.”

Year after year, the LMC has attracted a notable number of high-level decision makers, the brightest analysts and top tier journalists from the capitals of Europe as well as the US. Jüri Luik, a former foreign minister and ambassador of Estonia, now the director of ICDS, says participants value the frank discussions. “There is readiness to be blunt and open. Nobody beats around the bush,” he notes. 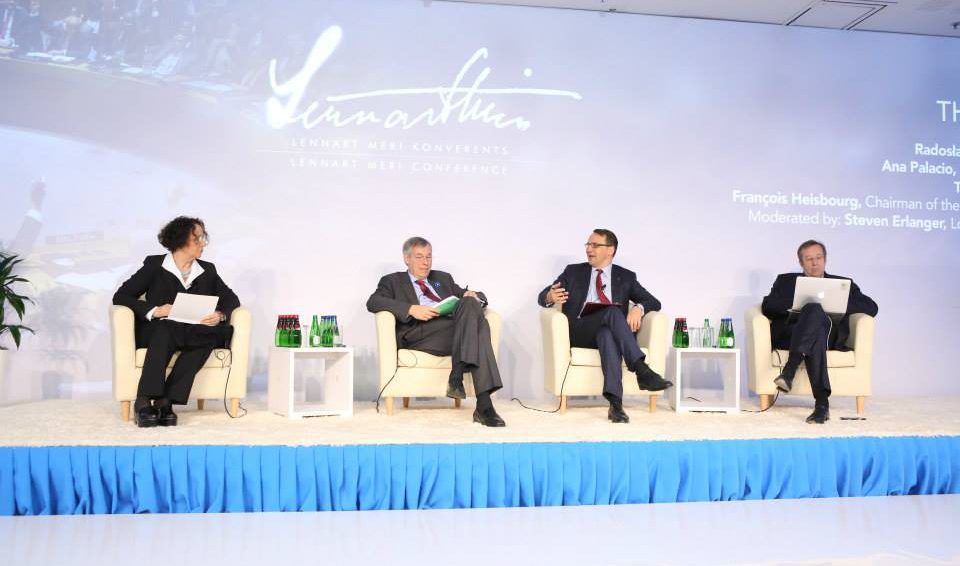 Newcomers to the conference are impressed by the informal atmosphere, as Lilia Shevtsova (Brookings Institution, Chatham House) half-jokingly puts it: “Can you imagine a Russian speaking before Estonia’s president?”

One of the most memorable conferences was the one in 2010, known by the insiders as the “Volcano Conference”. The founder of LMC, currently a senior fellow at the European Council on Foreign Relations, Kadri Liik, managed to turn a force majeure event – the activation of Iceland’s Eyjafjallajökull volcano that brought air travel in Europe to standstill, into a very special event for the brave guests who managed to reach Tallinn in spite of all travel obstacles.

Riina Kaljurand, a research fellow at ICDS and the director of LMC since 2013, says ahead of the tenth anniversary event: “The world is a different place from the one we envisioned ten years ago when the LMC was first launched: international treaties are being blatantly violated, national borders are being changed by force, masses of people are on the move seeking refuge, national identities are being challenged, and extremist tendencies are flourishing. The United States as the key guarantor of transatlantic security is overstretched. Europe’s role as the source and home of universal values is eroding. The West has lost initiative. We will search for ideas and solutions how to deal with this bleak international state of current affairs.”

“The United States as the key guarantor of transatlantic security is overstretched. Europe’s role as the source and home of universal values is eroding. The West has lost initiative. We will search for ideas and solutions how to deal with this bleak international state of current affairs.”

Key policymakers and analysts from around the world will among other topics address the current refugee crisis that is not only tearing apart the EU but also the national governments of the EU member states.

Universal, liberal values that have made up the cornerstone of Western democracies have suddenly got a price tag, which not all governments are willing to pay. How to fight the root causes of mass migration and secure the European borders? How to help border states to manage the migrants’ inflow and share the burden between the receiving countries? These are the questions that require both sense and sensibility and will be discussed by Frans Timmermans, the first vice president of the EU Commission; Marina Kaljurand, the foreign minister of Estonia; Artis Pabriks, the European Parliament’s rapporteur for the European Border and Coast Guard; and Ruprecht Polenz, the president of the German Association for East European Studies.

“While the Wales summit shifted NATO’s focus back to territorial defence, now Warsaw must decide the practicalities. Frontline states want a substantial forward presence, providing reassurance, deterrence and military capability in the event of a Russian attack. Yet others believe this contravenes the spirit of NATO-Russia Founding Act,” according to Riina Kaljurand. Peter Hultqvist, the minister of defence of Sweden; Alexander Vershbow, NATO deputy secretary general; Philippe Errera, the defence policy director at the French ministry of defence; and Witold Waszczykowski, the foreign minister of Poland, will head the discussion on what trade-offs will face the NATO decision makers as they try to reconcile these conflicting views.

The discussion on the future of Europe will be joined by Radosław Sikorski, a senior fellow at Harvard University and the former foreign minister of Poland; Andrey Kortunov, the director general of the Russian International Affairs Council; Ivan Krastev, the chairman of the Centre for Liberal Strategies; and Riina Kionka, the chief foreign policy advisor to the European Council president, Donald Tusk. 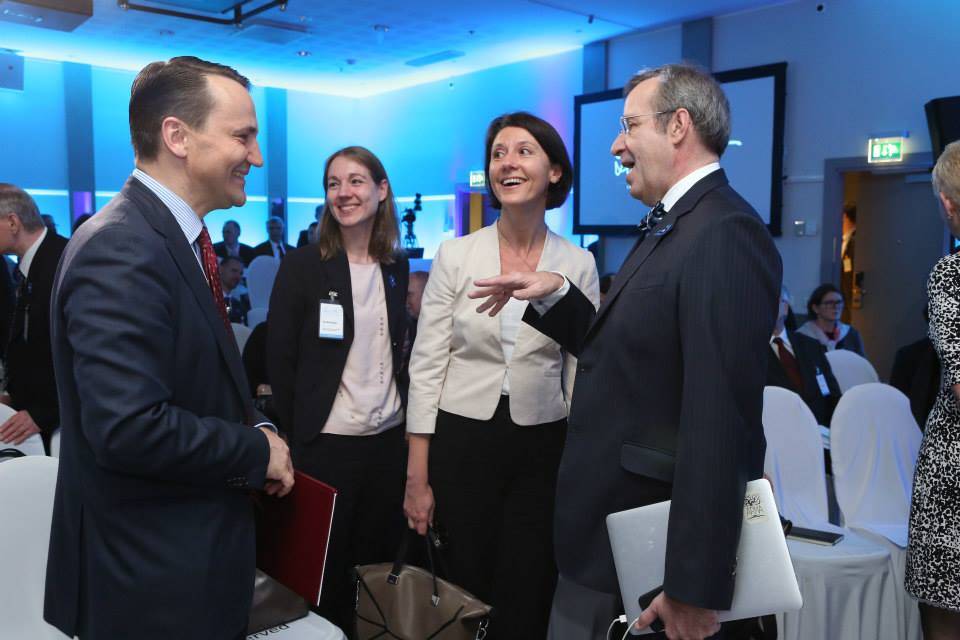 The McCain Institute will bring a whole panel from the US to discuss the US presidential election with Ian Brzezinski and Daniel Vajdich, both senior fellows at the Atlantic Council; Sally Painter, a co-founder and the COO of Blue Star Strategies; and Leigh O’Neill, the policy director at the Truman National Security Project. The panel is to be moderated by Kurt Volker, the executive director of the McCain Institute.

On 12 May, the LMC will hold a pre-conference panel in the EU border city of Narva in cooperation with the Narva College of Tartu University. Since the Russian aggression in Crimea the question has been on the minds of researchers, journalists and policy makers alike: how would the Russian diaspora in the bordering EU countries respond to a possible aggression? The session in Narva, led by the former Moscow bureau chief of CNN, Jill Dougherty, seeks to find some answers to this question in a face-to-face meeting with the locals.

The conference can be attended by invitation only; however, the public panels of the Lennart Meri Conference will be streamed live on Estonian World.I

Maris Hellrand is a freelance journalist and producer and focuses on non-profit PR and fixing for international media in Estonia.