Estonian tech company Toggl is basically an online time tracking tool, which is popular with freelancers, groups, and small companies.  It allows people to track the time they spend on various projects. It’s internet-based and can be up and running from scratch in less than a minute. It has desktop widgets, an iPhone app, and an iGoogle gadget for even faster access.

I recently attended one of the lunch talks at Garage48 Hub in Tallinn, where the guest was Alari Aho, co-founder of Toggl. Toggl is a SaaS time tracking app that is doing well. They have more than 300.000 registered users and around 20.000 paying users. It’s a freemium product that is free to up to 5 users per team.

Due to the nature of the lunch (no slides, people ask questions, and sometimes very random questions) talks, Alari didn’t go too deep into any topic, but he openly shared some light into what Toggl has done, and had his suggestions for other SaaS startups. In this post I’ve tried to structure Alari’s nuggets under different “headers”.

The first lesson is focus 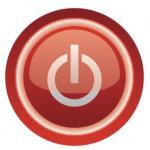 Toggl was started as a side project in a software development house back in 2006. For the first couple of years it didn’t make any money and growth was rather flat. Things kicked into gear, when the main client work stopped due to recession, and the team properly focused on building the product.

Another aspect of focus is building an app that does one thing very well, and talks to other apps, not something complicated like a “swiss-army knife”. To provide more value, Toggl has introduced additional products like Planner, or made Toggl better by making it simpler (eg. removing features that are being used by 1% of users) and faster to use.

Toggl has some very specific target groups like lawyers or designers, and the company has been toying with the idea of making dedicated apps for each one. But so far users in different verticals have rather homogeneous needs, and there hasn’t been a real need for that.

For wantrepreneurs Alari’s advice was simple: to do one thing at a time, rather than build several products and “see what sticks”, because it takes time to do something properly. He advises to plan 2 years for getting something done properly, and not counting on much income during that period.

Talk to users a lot

When probed about the most important things that have led to Toggl’s success, Alari emphasised the importance of talking to customers. They frequently travel to US or UK with the sole aim of visiting customers, seeing first-hand how they use the product and getting feedback. He brought in the example that sometimes a feature that works well in the office, simply doesn’t work in real life.

Toggl has also introduced some scalable means of talking to users. For example, when they found out that conversion to paid service is much higher for users that have invited the whole team, they set up an email that encouraged users to do just that. 14% of people who received the email invited the team vs. 7% for those who didn’t.

Be very pragmatic about marketing

Toggl only hired their first marketing person a couple of months ago. This is not to say that Toggl hasn’t done any marketing at all, but they’ve just been very pragmatic about it (like the email example above).

A whopping 75% of traffic to Toggl comes from non-branded search (try googling “time tracking”). And this hasn’t come by itself – they’ve invested into SEO-friendly website and good copy. It also helps when you’ve been around since 2006 and been linked to by LifeHacker and lots of forum posts and discussions.

To get the word out, Toggl emailed around 20 relevant bloggers back in 2006, and – lo and behold – one of them wrote about Toggl. This trickled over into posts downstream and the company hasn’t had to work hard for a PR later.

Today Toggl does lots of marketing experiments. For example, Dropbox-style “refer people to get free service” didn’t work well – there were some signups but they didn’t convert.

Raise prices when you can, and raise money only when you need to

Toggl started out by charging $1 per user and now charges $5, without introducing new features. With the latest price hike, existing users kept the old price for 3 months, and could lock in the price for 12 months thereafter by paying in advance. 5% of customers decided to leave but because 10% decided to pay upfront, revenue increased both in short and long term.

Toggl was initially funded by proceeds from software development services, and is profitable today. They haven’t felt the need to raise additional funds and – as of now – are planning to self-finance their future growth.

This post was first published by Andrus Purde via http://purde.net/

Andrus is a serial marketer and entrepreneur.