In early June, Stanford University is to host a conference with a focus on Estonia, Latvia and Lithuania – The 100th Anniversary of Baltic Independence will bring together scholars interested in Baltic studies from all over the world and foster collaboration between Baltic and Stanford researchers.

The three-day programme, to be held on Stanford University campus in northern California from 1-3 June, will feature 130 panels, roundtable discussions and workshops on 15 broad topics. The conference will also include numerous additional events, such as keynote talks by leading Baltic scholars, evening receptions, film screenings, literary readings and exhibits. The full conference programme is now available online.

The conference will kick off on 1 June with the Journal of Baltic Studies (JBS) Breakfast Session on “Interdisciplinary in Area Studies and the Changing Role of Journal of Baltic Studies”. In this session, the editor of JBS, Matthew Kott, will discuss some of the recent trends within current academia. He will take up the role of interdisciplinary journals like JBS in reinforcing or challenging these trends and what he hopes for the future of JBS and Baltic studies.

The JBS Breakfast Session will be followed by the Association for the Advancement of Baltic Studies member meeting that will include a keynote address by the incoming AABS President, Andres Kasekamp, and a report and a discussion on the association’s activities in 2016–2018.

The conference’s first keynote talk, “Russian and East European Studies and Baltic Studies: A Historical Exploration”, will be delivered by the Stanford historian, dr Norman Naimark, during a luncheon. The luncheon will be followed by a roundtable on “Baltic Exceptionalism?”, which will feature Baltic foreign ministers and dr Anna Grzymala-Busse. 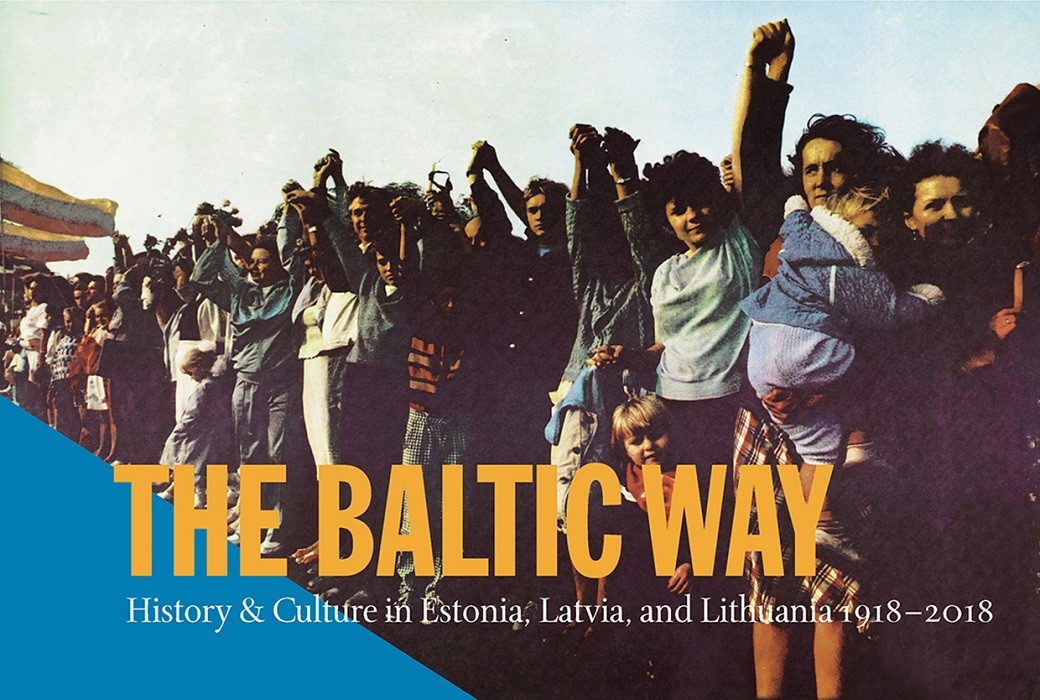 The first day of the programme will end with the conference’s official opening ceremony that will include a keynote talk, “The Baltic States and Human Rights in Europe: Yesterday, Today and Tomorrow”, by the noted Latvian-American human rights activist and political scientist, dr Nils Muižnieks. A display of recent Baltic publications will also be showcased at the event.

The second day of the conference will feature the conference’s third keynote talk, “50 Years of Transforming Geopolitics and Baltic Studies”, which will be delivered during a luncheon by dr Agnia Grigas, an energy and political risk expert specialising in Russia, Eastern Europe and the post-Soviet space.

Another luncheon event, targeted at graduate students and titled “How to Find One’s Place in Academia and Beyond Post-Graduation?” will explore the process of completing a PhD in a topic connected to Baltic studies and attaining postdocs and academic jobs, with alternatives to academia also considered and explored.

The day will end with the Open-Air Celebration of Baltic Culture and Reception, an evening programme featuring musical and dance performances by several Baltic and American groups (the Mägi Ensemble, Tiltas, Genys and Võlukeeled). The event will be MCd by James Tusty and Heather MacLaughlin-Garbes.

The last day of the conference will feature a fourth keynote talk, “The Baltic States at 100: The State Continuity Claim in International Law and in Relations with Russia”, which will be delivered during a luncheon by dr Lauri Mälksoo, a specialist on the international legal status of the Baltic states and Russia’s concept of international law.

A literary reading by three prominent writers Ruta Sepetys, Julija Sukys and Inara Verzemnieks on “Stories of Exile, Reckoning, and Hope” will take place that afternoon.

The conference will conclude with the screening of a brand-new feature film, “Ashes in the Snow” (2018). The film is based on the New York Times best-selling novel, “Between Shades of Gray”, written by the Carnegie Medal-winning author, Ruta Sepetys. The film is produced and directed by Marius Markevicius who previously directed the award-winning documentary, “The Other Dream Team” (2012). The screening of the film will be followed by a Q&A session with Marius Markevicius and Ruta Sepetys, and a closing reception. 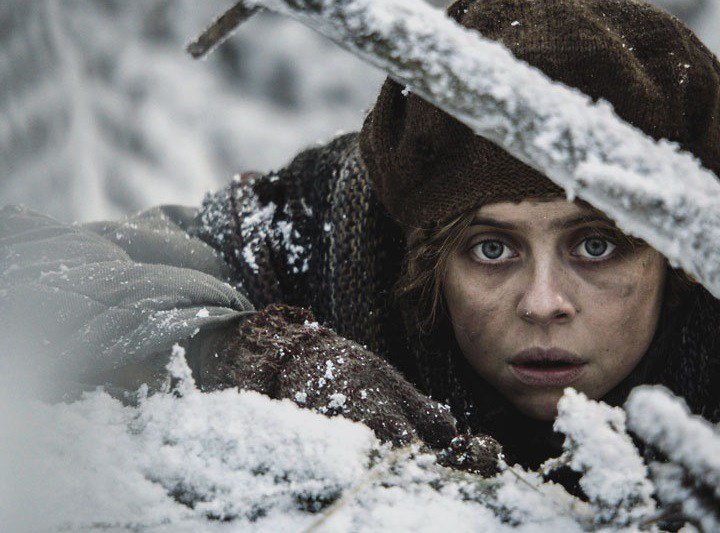 During the conference, two major Baltic exhibits will be displayed on the Stanford University campus. The Baltic Way: History and Culture in Estonia, Latvia and Lithuania 1918–2018, set up at the Cecil H. Green Library, pulls from the collections of Stanford Libraries and Hoover Institution Library and Archives in an attempt to explain the complicated history of Estonia, Latvia and Lithuania in the twentieth century, and considers their prospects and challenges in the twenty-first.

A large travelling exhibit, produced by the Estonian Museum of Occupations, Masters of Our Own Homes: Estonia at 100, will be set up at the Main Pavilion of the Stanford Shopping Center. The aim of the exhibit is to commemorate a century since the founding of the Republic of Estonia and to introduce its history, culture, innovation and, most of all, its people, to the wider world. The exhibit will be officially opened on 2 June with a roundtable on “No Boundaries: An Oral History Project about Estonia’s Transformation in the Digital Age”, featuring Sten Tamkivi, Rainer Sternfeld, Andrus Viirg, Ott Kaukver and Toomas Hendrik Ilves. 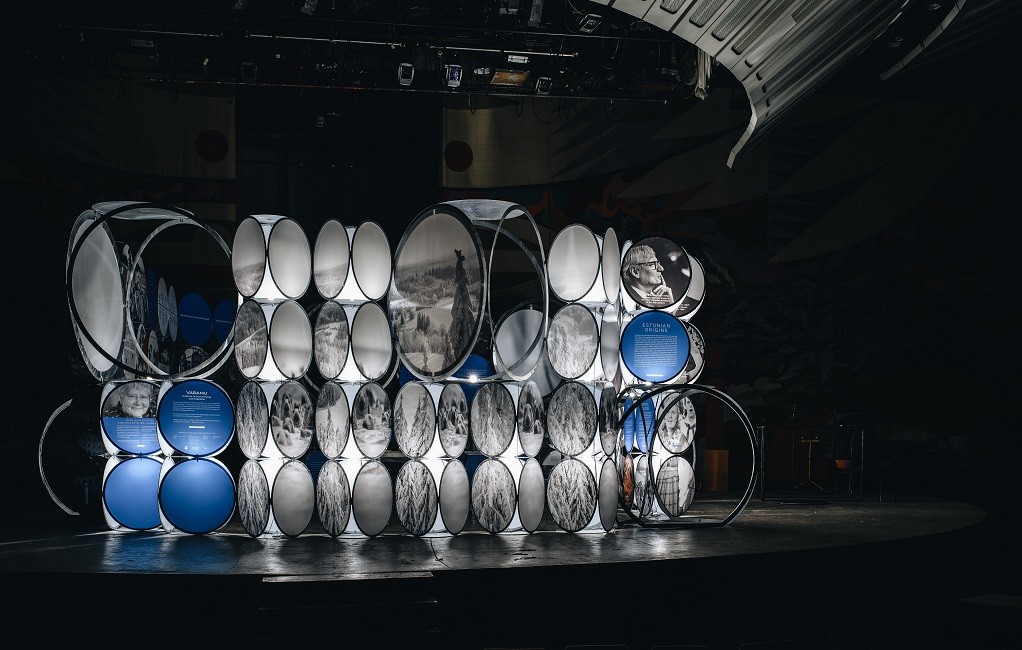 The conference’s academic sessions – panels, roundtables, and workshops – aim to showcase the latest achievements in Baltic studies. The sessions look into the past of the Baltic countries, focussing on their history, memory and identity, and also to present and future opportunities and challenges, such as issues related to disinformation, regional security and political instability.

Several sessions are dedicated to newest developments in digital humanities and in the field of libraries, museums and archives. “Fake News, Post-Truth and the Baltic Public”, “Baltic Societies, Migration and Freedom of Religion”, “Trauma and Insight: Using Baltic Literature to Teach and Transform” and “E-society and the E-state in the Nordic-Baltic Region” are but a few of the 130 academic sessions that will be held at the conference.