Eva Truuverk is an Estonian lady whose mission is to bring together people around the world to clean up their countries – and thus the entire planet – on the Let’s Do It! World day, 15 September 2018.

Let’s Do It! World is a civic-led mass movement that began in Estonia in 2008 when 50,000 people came together to clean up the entire country in just five hours. Since then, the movement has spread its clean-up model – one country, one day – around the world. The wider aim of Let’s Do It! World is to clean up the whole world in one day, preserving a place to live for ourselves and future generations. We have to acknowledge that while nature can easily get along without us, we cannot get along without it, not at all.

This is something that one of the initiators and leaders of Let’s Do It!, an Estonian lady, Eva Truuverk, knows very well. For a long time, she has dedicated a huge amount of her time and energy to keep the world harmonic – a place abundant with life for all of us, and our surrounding environment. 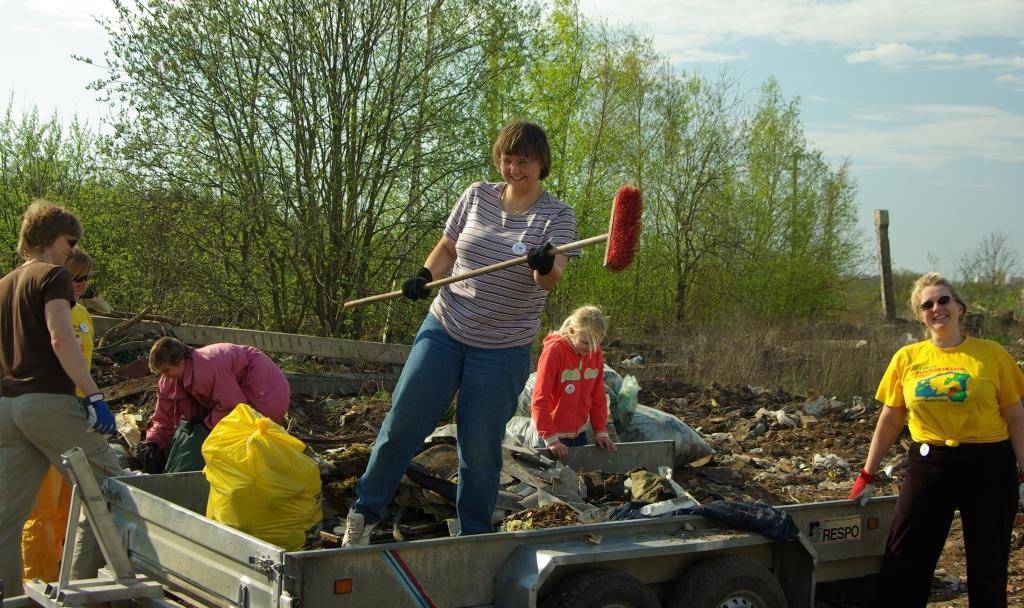 The circumstances on how Eva got into leading the green and zero-waste lifestyle promoting the initiative originating from Estonia, but now resonating around the world, are actually ironic at least in two senses. First – Eva thought that Estonia was a clean country, but after having participated in a clean-up, had to acknowledge her disappointment. Secondly – she did not believe in the possibility of a world clean-up until she experienced how people around the world took up the idea.

The change has to happen between one’s two ears

Eva ended up in the Let’s Do It! movement exactly at the precise moment when she was contemplating to take a break from work. She surprised her family by selling her successful businesses. “I believed that my life just had got so busy that I did not have time to think about what I did. Instead I just worked without a break. I needed time to reflect.” But things went totally in a different way.

She got the inclination to relinquish her advertising and multimedia businesses exactly a year before the first Let’s Do It! clean-up day in Estonia. When she was offered the “job” of cleaning up Estonia, she first rejected it as an absolutely silly idea. Finally, the curiosity got best of her – and after meeting with one of the authors of the idea, the visionary Rainer Nõlvak, the preliminary scepticism vanished. Now, after nine years of successful leadership of the movement, Eva, accenting each word says: “I could have never believed it.”

The initial plan was to clean up Estonia in one day and go back to our everyday life. In the end, it all turned out the other way around – the same team continued with several other civil society initiatives which at one point became the Let’s Do It! World idea. Eva compares it with a parachute jump: “When you jump the first time, it seems suicidal, because you lack any guarantee that the parachute will open, but you still do not lose the hope that you will survive by a miracle.” Even though in 2018 she has to “jump” from far higher, she now knows very well how to jump and survive. In other words – it is absolutely possible to clean up the world.

Eva is certain that the only way to evoke real change between people’s ears is to repeat the 2008’s Estonia’s clean up model, which brought together 50,000 volunteers who cleaned up 10,000 tonnes of illegal waste in five hours. “The change happens when the whole world cleans up at the same time. The number of people engaged has to be as high as possible. Ideally, 5% of the planet’s inhabitants, this means 380 million people. If we achieve this, the shift in minds will become a reality,” she believes.

Each and every one of us can be the change

Truuverk believes that after cleaning up someone else’s trash, people do not ever leave litter around again. Instead, the personal experience encourages people to intervene when they notice littering. “First you start to see the problem, and secondly you get the courage to act for solving it. That’s already a huge step. Of course, I am not dewy-eyed to assume that after 15 September 2018, the world is neat and tidy and there is no waste anywhere. People who litter do not disappear in one day either. What we are doing is launching a massive action that means something to the planet and the people living on it.”

She feels convinced that the majority of the world perceives the waste problem quite similarly, while at the same time there are a lot of geographically determined calamities in the world too, such as volcanic eruptions, earthquakes and tsunamis. Due to the fact that waste is a common issue in countries all over the world, the global rally is doable. “Think about it – throwing a bottle in a bush in the Philippines is not just a problem for the Philippines. It becomes our common problem – waste is flushed into the rivers by rain and it ends up in the ocean where it causes patches of floating plastic debris.” 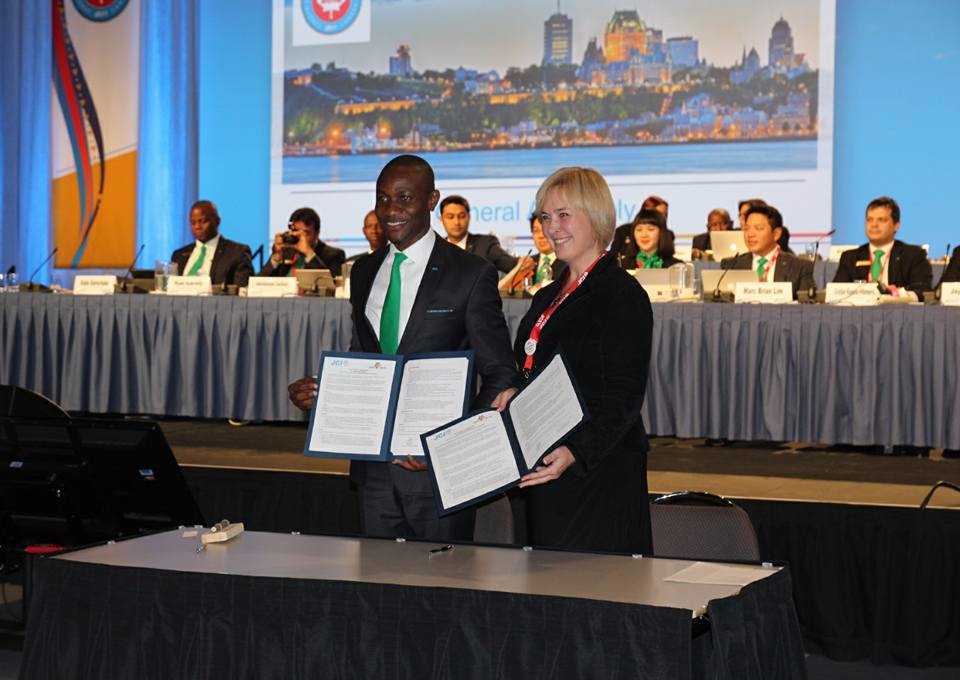 On 15 September 2018, on the world clean-up day, massive campaigns happen in 150 countries simultaneously. Nothing like that has ever taken place before. Is it possible? “People are the driving force in this network. People come to work with us, take responsibility, start managing and understand that they motivate others to follow. Collective action and gathering people together for a positive cause might sound a bit like voodoo, but in the age of an overwhelming amount of negative events happening in the world, there must be something to balance that. This is what motivates me. My mission is getting good people together.“

While in the case of a small country like Estonia, Rainer Nõlvak as a single visionary was enough to accomplish a clean-up campaign, big countries such as the USA, Brazil, Russia or Australia need many more.

“We now have teams and a network of 113 countries, made up of lovely sparkly-eyed, green-minded, people. Still, many of them lack the much needed experience for organising the country-wide clean-up. So, the key is to find the 150 ambitious leaders who would not baulk at the challenge,” Eva says. Those people will build up their local teams and campaign, making it the world’s biggest positive civic action. “It provides the chance of a lifetime, even for a top business leader,” she promises.

A good example of serious effort and dedication is the team in Ukraine. Regardless of a complicated situation in the country, even war, Ukraine has repeatedly carried out clean-ups and has joined the global campaign as well. Ukraine wishes to engage 5% of its citizens – including students, families, NGOs, businesses, public authorities and media – during the global clean-up day in 2018. 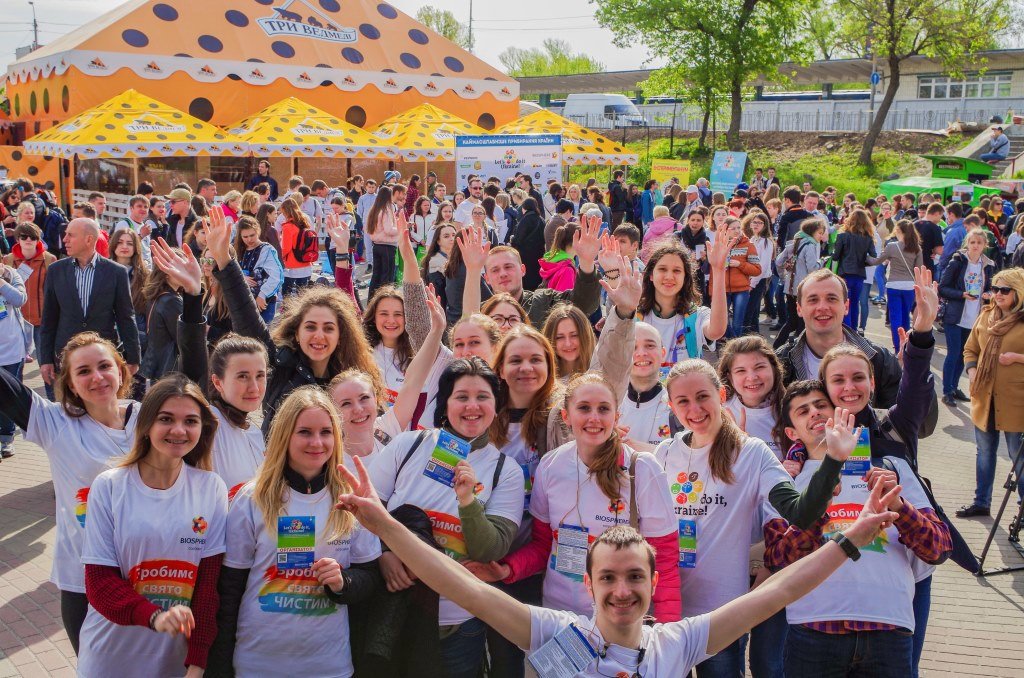 With the action, Ukraine aims to boost the separate collection of waste and recycling all over the country. One of the leaders of Ukraine’s team, Roman Brytanchuk, believes clean-ups bring along positive changes in waste legislation and activate civil society as a whole. He hopes the Ukrainians participating on 15 September 2018 will inspire and become role models for many – and that many would have another view on waste from that day on.

Holland, as one of the countries with the world’s most organised waste management systems, has joined the world clean-up as a matter of conscience.

Maria Westerbos, the leader of the world clean-up in the Netherlands, and an experienced fighter against plastic waste, emphasises frequently that it would be irresponsible and strange if among so many other countries, hers did not participate. “We are living in a delta with a lot of water. Amsterdam itself has a quarter of the city as water. The North Sea [surrounding Holland] is one of the most polluted seas in the world, and there is a lot of waste in the streets in Holland. We put a lot of pressure on the environment, polluting our streets and waters. So, it is something we want to stop. It would be very strange if we didn’t join in and take responsibility. We need to stand up for a world clean-up,” she says.

Maria considers change in the thinking of producers, including industry, more important than the attitudes and behaviour of consumers, as to her mind this could help shape the prevention of waste as a norm. She expects at least 100,000 people to participate on 15 September 2018. “The more people will stand up, the cleaner Holland will become.” 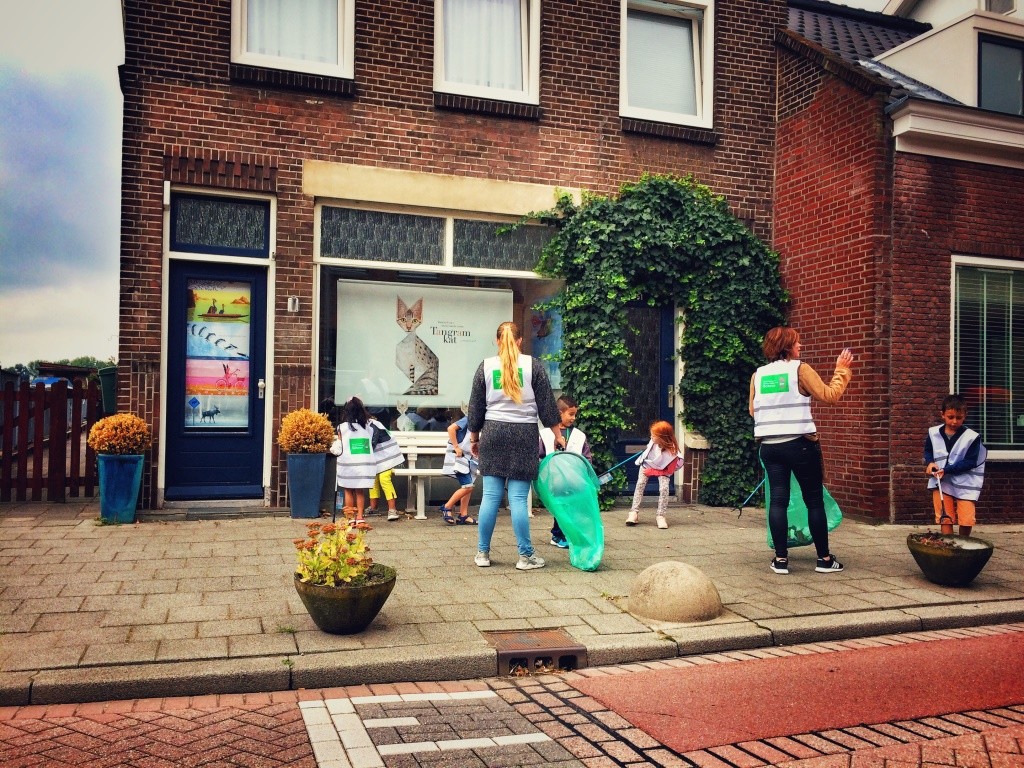 Hence, the waste issue is everyone’s common problem around the world and worth dealing with together as a common team. It does not really make a difference whether you do it because you care about the health of our planet or to help your country catch up with those ahead of you. It’s important that you participate instead of being a bystander. That’s how you also get more entitled to express your dissatisfaction with waste management afterwards. Your action also contributes to the development of civic society as a tougher participant in decision-making processes worldwide.

After the world has been cleaned up, a proposal and plan will be designed together with large international environmental organisations on how to transfer to a more sustainable way of life. Cleaning up is just a first step in a long road – but keeping the world clean from there onwards is vital.

“We need a leap in development [of minds and technology] to get the world clean. It’s not enough to avoid littering. Waste has to become a resource; it has to obtain a worthy use. That would bring a change,“ Truuverk says convincingly. There are a lot of environmental problems that have reached the critical limits of our planet, waste contamination and soil weariness among them. “If one of the problems crosses the limit, the red tape, a domino effect will happen. All the problems would trigger each other, and the chance that human existence would end, seems quite probable to me. Although, the planet would live happily ever after,” she states. 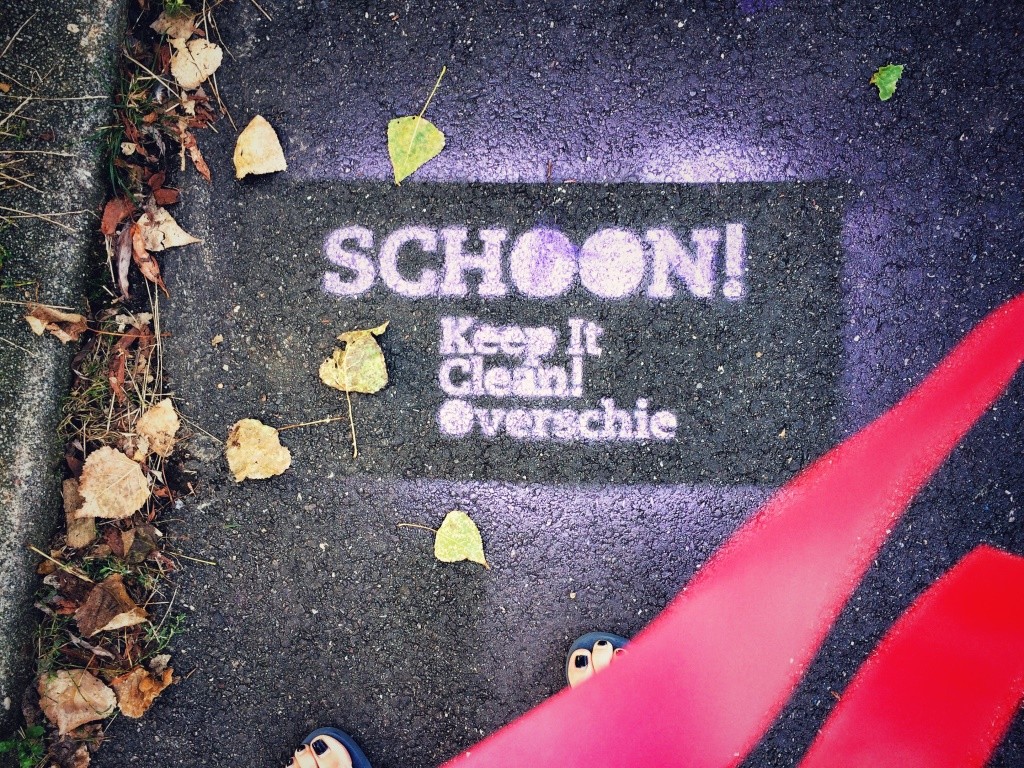 Was there something she feared that could ruin the world clean-up day? No. She doesn’t even think about that option – and not because she ignores the risks, but she is just certain that if the planet Earth still exists on 15 September 2018, the clean-up day will surely happen. “Every one of us can make a small gift to the world, your country and yourself, by participating in the world clean-up. It takes just three to five hours, which means nothing compared with the lifetime of a human-being. You do not need more to make a huge global change. It is such a kind, warm-hearted, positive, small accomplishable thing – by you as a human-being on this planet,” she says.