“Work hard, love what you do, change the world.” – Kaupo Kikkas, a storyteller with a musician’s soul and a camera lens instead of a pen

Admittedly a cliché, this mantra holds great value for Kaupo Kikkas, a musician turned photographer. Scrap that. A storyteller. According to simple logic, you can only work hard if you love the job. It’s the part about changing the world – “a more complex task that acquires confidence and courage” – that Kaupo sets to tackle. He does that by telling a few stories which have changed the world – firstly his own and then his clients’. 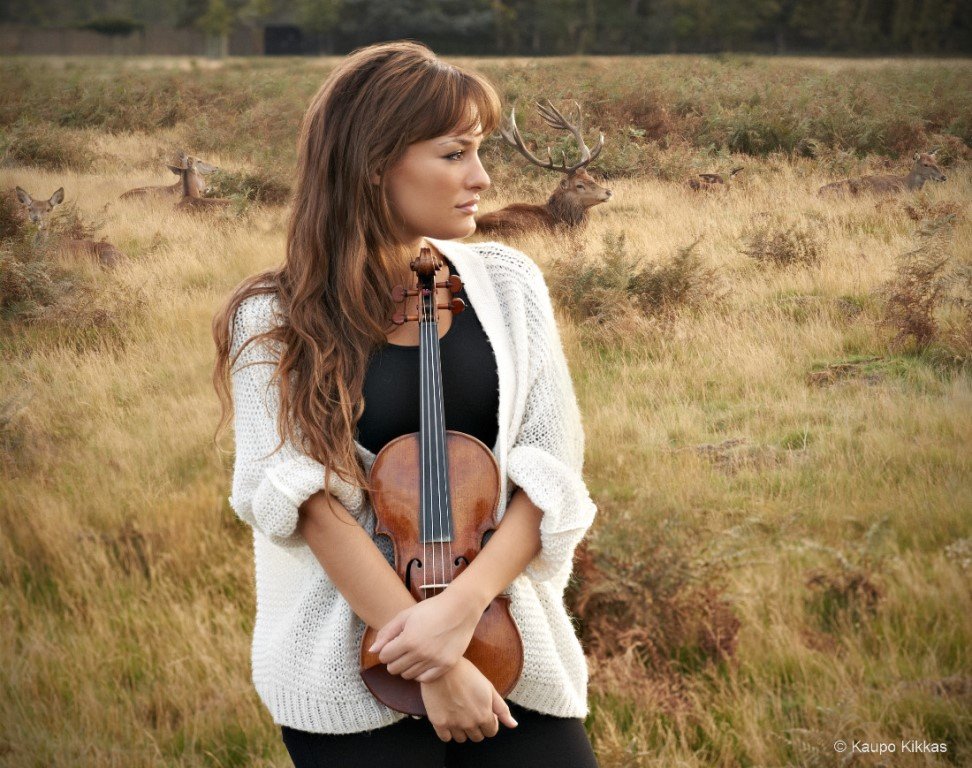 Picture the world of Scottish-born Nicola Benedetti – a masterful classical violinist who’s been on a path to superstardom since 12 years old. Now 26, her daily route – airport, hotel, concert hall, hotel, airport – doesn’t leave much breathing space. In fact, she’d never even been to Richmond Park, situated right next to her home.

Established as the go-to guy for shooting portraits of musicians, Kaupo gets hired to shoot her. However, in admiration towards Nicola, he sets his mind to capturing her in a natural, spontaneous fashion rather than doing the spruced up press pic routine. Kaupo takes her to this park – the largest of London’s royal parks, famous for its over 600 free running deer – and shoots the above seen photo. Clk clk clk. Kaupo captures the moment: “Something shifted and clicked into place then and there…”

“…and that’s the trick of changing the world. If you change your own world a bit, then you can change that of the person next to you; and they will have a whole new set of tools and networks to further it in their own way, hopefully towards good.” – Kaupo Kikkas 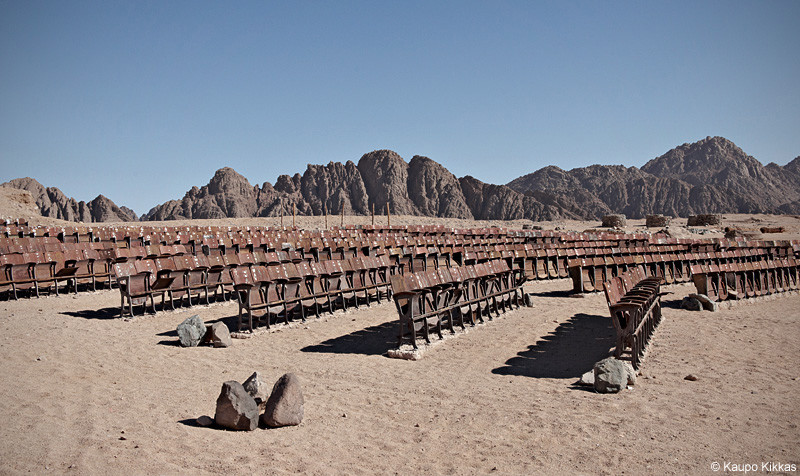 Another story has to deal with the above seen cinema where Kaupo wandered with his friend from Sharm El Sheik. A few years after taking these shots, an established media source stumbled upon Kaupo’s blog and caused them to go viral. With a storm in the Estonian’s mailbox, the story started unravelling.

The gist of it is that back in 2000, a Frenchman called Tin decided to build a cinema in the desert. Everything was set for the opening night – chairs had been brought from an old cinema; the screen was set; 2001: A Space Odyssey was ready to be rolled. The Egyptian government, not too keen on this profound act, did everything to stop it. Since they couldn’t legally do it, they wound up sabotaging the generators to keep it from happening. No movies were ever shown in the “End of the World Cinema”. However, Kaupo’s photos caused Tin to come out of the shadows. After revealing the story of deceit and corruption, Tin was inspired to start again. These shots also remain the only proper testament of the cinema, now destroyed by vandals.

”The beauty of photography lies in its superficiality – it’s got the fastest effect – one instant is enough to tell a story”.

Seems to me that the trick is to make this instant count as well as Kaupo did at TEDxTallinn.