“Sleep is necessary for brainwashing!” Brain scientist Jaan Aru tells a bedtime story like no other.

As an enthusiast of lucid dreaming and Jungian dream interpretation I dug the “bedtime story” of brain scientist Jaan Aru. About to defend his PhD at Max Planck Institute, Jaan started out as most of us – asking annoying “why” questions. While preparing for his own kids’ forthcoming avalanche of inquiries, he got stuck by the question about sleep. 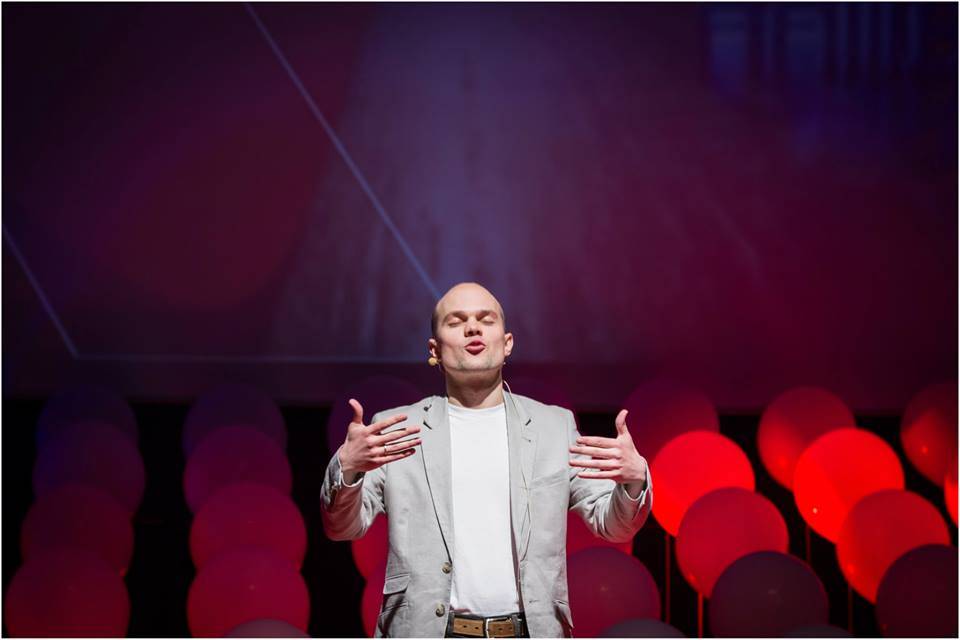 Simple yet disturbingly puzzling question – we sleep for 1/3 of our lives, and we don’t even know why. Jaan is almost 30 and for some reason he’s been mentally isolated from his surroundings in this weird condition for 10 years.

“On one side, we know that every organism, be they as different as they are, do sleep. So there must be a one big function of sleep everybody shares. On the other side, some organisms at certain ages don’t need sleep. Dolphins and their mothers are active for many weeks after the birth. Humans, on the other hand, tend to sleep most of that time.”

Based on the latter, the scientist has proposed that sleep has an important function for brain development. Yet dolphins with similar brains to humans don’t need sleep in their early stage of life. Their sleep pattern has brought about the opposing view that maybe we’re just fooling ourselves, and sleep isn’t actually necessary?

“We sleep to store up the contents of our memory.”

The idea, dating back to the early 20th century, got kickstarted about two decades ago. It was discovered that the activity patterns of rat’s nerve cells while sleeping are similar while awake. So while learning during the day, the patterns are repeated by night and new information gets stored up in memory.

There’s a lot of proof of that being the case: while test subjects had to remember the position of cards on the table, the smell of roses was pumped into the room; to some of the people, the smell was also present while asleep. So the gist of it is that the smell of roses was bound to the activity patterns of the nerve cells during the learning process. The test results proved this right: those who smelled the roses on both occasions remembered the position of the cards better.

Think of what this means: if the method of influencing the memory contents during sleep works, then you can learn foreign languages, as well as a number of other cool things, more effectively. By this method it’s important that during awake time you actually learn something, and that during sleep you are subject to concrete tips that were related to the learning process.

“The practical tip from this is not to over study ahead of exams, but sleep properly the night before so the stuff you learned beforehand will be better stored to your memory.”

Moreover, it’s not only passive storage of memory contents but the reforming and rearranging of these contents with the possibility of new and interesting solutions turning up. Jaan shares the story of the 20th century chemist Otto Loewi who dreamt an experiment idea for a hypothesis he proposed 17 years ago. Later on he received the Nobel Prize for the discovery that proved to be right. Tomas Edison serves as another example. Sleeping four hours a night, he publically condemned sleeping. One of his (not-so) well-kept secrets is that he often took naps during the day. Sleep benefits creativity. So, that’s exactly what you should say to your boss the next time he finds you napping behind your desk. You can add that major corporations, such as Google, encourage their workers to have naps at the work post so they’d come up with better solutions.

“The next time you’re caught sleeping at your work desk, tell your boss that sleep benefits creativity. Even Google encourages its workers to have naps at the work post.”

So we could say that sleep is for storing memory and finding new solutions. Yet we do that while we are awake too. Jaan looks for further reasons. While body cells are constantly renewed, nerve cells are not. Some new nerve cells pop up in some brain regions, but every day thousands of them die. So most of our 100 billion nerve cells are with us for all our lives, and they need to rest. While they’re active, damaging processes take place, which can only be stopped by shutting down the brain. During sleep, the nerve cells oscillate in a rhythmical tact. Even though their sleep pattern is weird, sleep is what they need.

According to the theory, different parts of our brain get tired in a different rate. So it’s possible that in the evening, while you’re still going about your business, parts of the brain are already sleeping. So sleep is for resting your nerve cells, but not only. In some phases of sleep, nerve cells of some parts of the brain are even more active than while awake. Why, we don’t know, but it’s agreed that the whole brain needs to recover during sleep. It’s been shown that the brain gets rid of toxic residue while sleeping. Jokingly one might say that:

“Sleep is necessary for brainwashing.”

During sleep, the synapses between nerve cells need to recover. Our brain is plastic, it changes constantly. Every day billions of synapse sizes change. When on average the synapses become stronger and thus bigger, the brain faces a problem. Bigger synapses require more space and more energy, both of which hinder the brains plasticity. So it’s been thought that while synapses get bigger during studying, then sleep is necessary to reduce their sizes. Sleep is the cost for having ductile brains.

“If you want to get the maximum out of yourself and your existence, you need to sacrifice 1/3 of your life for sleep.”

Until this day, there’s no cure for the lack of sleep but sleep itself. To come up with some chemical substances to reduce the need for sleep, we need to first fully understand what it’s for. While we know it’s necessary for the brain, we actually don’t know the full reasoning behind sleep. All of these theories lead to further “why” questions that can’t be answered that easily.

“On a sleepless night, asking these ‘why’ questions from myself, I pondered that in doing that, I’m very much like a little kid. Both little kids and scientists ask ‘why’ to understand the world. Although my kid will probably ask a lot of annoying ones, I secretly hope he’ll never stop doing that. Because these bigger and smaller questioners will help us eventually find out why we sleep!”