“We can’t let Ukraine’s crisis go to waste!” – Merle Maigre, an expert on defence and foreign affairs and the Estonian president’s adviser on security issues

Having filled the duties of deputy head of the NATO Liaison Office in Kyiv and focusing her research at the International Centre for Defence Studies on Ukraine’s security policies – Merle Maigre is probably the most competent Estonian on the situation of Ukraine. While giving an overview of the crisis, Merle stays calm and forward thinking. There is something comforting in what she’s saying – it’s hard to say whether it’s because of her honest approach, or the fact that she is the president’s personal adviser. 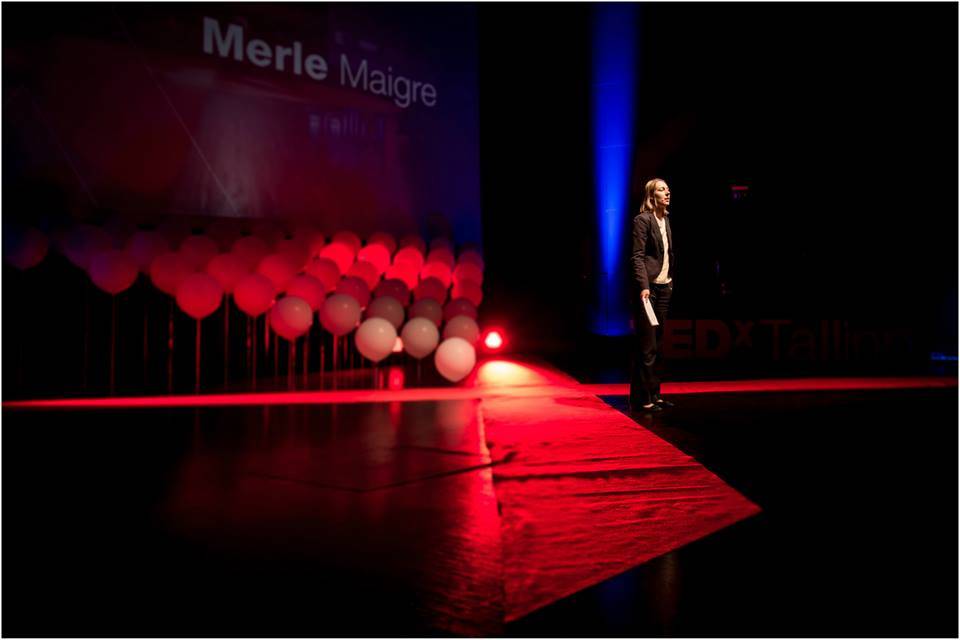 “The current situation on the international level is similar to an earthquake: the main rupture is over, but the aftershocks are still there and might hit again.”

As uncomfortable as it might be to admit, but the peace and comfort of the post-Cold War world is over. Political powerplays are back, and Moscow has set out to re-establish its sphere of influence in Europe. Their ultimate goal is to rebuild the CIS in a form of “Eurasian Union”. “This is the new normality,” says Maigre, “and it will stay with us for quite some time, probably years.”

– For Ukraine, this affects the borders, foreign policy, national character and the political regime. The terrible events in Maidan and Odessa will leave a deep scar in the collective memory of the Ukrainians. With questions about the fate of the country lingering on everybody’s mind, Merle emphasises the importance of domestic peace to reconcile the society.

– For Russia, this affects the borders and national regime just as well. It will affect the Russian opposition, dissidents and outlaws who might get beaten in their home yard. Optimists say that Putin is surrounded by like-minded people, which will eventually lead to a wrong move. Pessimists say that nationalism in Russia isn’t anything new; the aggressive regime might prevail for a long time.

– For the West, it means the relations with Russia have found a new ground. The director of British defence studies has said in relation to Baltic States: “We thought you were paranoid about the Russians, but now we see that you are right.”

According to Merle, after having opened their eyes to this serious threat, what we expect from the EU and the NATO is that they keep the poise and put out a strong signal. The price of the Russian leader’s actions is political, economical and social isolation. Military deterrent, NATO’s key principle since its conception, must be convincing. The aggressor must know that even the slightest attack of a frontier country means risking that NATO’s entire Moloch of War will fire back.

“We expect from the EU and the NATO that they keep the poise and put out a strong signal. The price of the Russian leader’s actions is political, economical and social isolation. Military deterrent, NATO’s key principle since its conception, must be convincing.”

For Estonians, Merle brings out six points to take into account while carrying on with our normal lives:

1. Warning: our intelligence agency’s eyes and ears in national security, after the events in Crimea, are more important than ever. The earlier we know what’s up the better.

2. Deciding on points of action: we have to re-visit our mechanisms of decision-making. There should be regular training for our leaders.

3. Developing Estonia’s defence ability: our defence forces need to be able to react fast and with great fire force. Only trained and equipped troops can make a difference.

4. Budget increasing: 2% might be too little for defence budget. Everything we need for security doesn’t fit to NATO’s 2% definition. The Ukrainian crisis has shown that you don’t need to declare war to take over parts of country. If the situation should repeat itself in Estonia, then police, the border guard and other security establishments have a vital role to play.

5. Improving our ability to battle the info-war: as Moscow denies its forces’ activities in a foreign country, the western allies can say that it is the inner conflict of the attacked country. So it is extremely important that correct concept gets tied to the phenomena, ie that special forces be called special forces rather than “little green men”.

6. Social cohesion: we live in a small country and social relations are more important than in a big country. Every Estonian citizen must have the free choice of staying Russian, Belarusian, Ukrainian or whoever. Loyalty to the state boils down to a simple question: where do I want my children to be raised? Merle believes if there were a referendum on this, the answer would be Estonia – regardless of the nationality. Opinions diverge on which kind of Estonia people want to live in. Kafkaesque bureaucracy gives basis for the negative attitude of a lot of Estonian Russians. That is something that annoys everybody and should be turned around.

“Loyalty to the state boils down to a simple question: where do I want my children to be raised?”

To summarise, Merle admits that the situation around us has changed, but our national security is doing well and Estonia remains a good country to live and raise children. Our destiny is very much in our own hands as this is a wake-up call for the NATO and the EU just as well as for the Estonians: “We cannot let this crisis go to waste! Let’s use it to direct attention to what needs to be changed for better!”