David Foreman works and lives in London, but with an Estonian partner he visits Estonia regularly and intends to partially retire there in the next few years to split his time between London and Pärnu. He has contributed for EstonianWorld before. In this new article he gets acquainted with the casual way of approaching Estonia’s local stars and famous people.

I like Estonian actor Marko Matvere very much. In a manly way of course, and just by way of introducing this particular topic, which is mainly about my ongoing experiences with the Estonian way of life rather than a review of any particular shows that I have seen Marko in. Although by chance I did see him in Pärnu last year and I did get to meet his mother which was what got me thinking about this particular theme.

I have a small house in Pärnu which was built in 2009 and now serves as a holiday home (and a well-being centre for me), visited as many times as work allows each year. When my partner and I are there we try and get to the main concert house as much as possible and enjoy whatever is on offer. Coming from London I was bit condescending when I first contemplated what Pärnu had to offer. But I was absolutely surprised and impressed with not just the concert venue and the standard of performances there but also with the Endla Theatre. I have been there several times now and seen a wide range of plays and even though my command of the Estonian language is still pretty meagre, even I can tell that the quality of performance is really high. 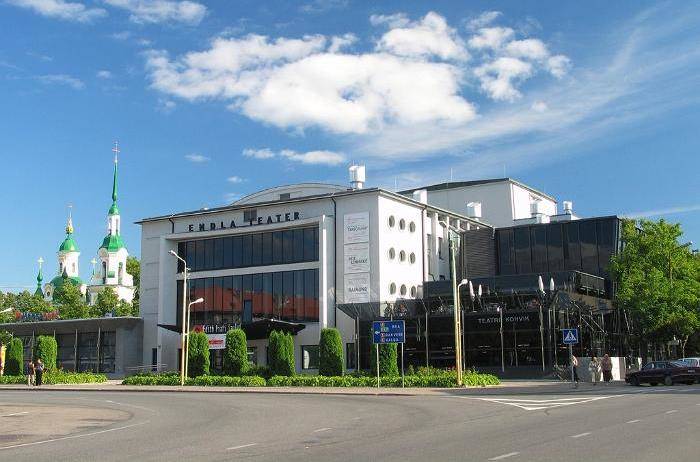 When I first arrived in Estonia and started to watch TV, I was always slightly taken aback when my (Estonian) partner would say of some celebrity or politician, “Oh, he was one of my students”, or “I was in the student brigade with him”, or some other such familiarity. I always knew that Estonia is tiny but surely, I thought, she is just showing off and cannot possibly really know these people?

Watching the TV, I soon became familiar with singers and actors and I started to form opinions and make my own judgments. I decided that actor and singer-songwriter Jaan Tätte was someone to enjoy and I thought his style was particularly singular, and could translate to anywhere in the world. Soon after that I noted he seemed to have teamed up with Marko Matvere and they were performing quite a lot together. I think it was about this time that they were due to set off on their sea voyage and this also intrigued me, as to why they were doing it. I started to take an interest in both but soon found out that Marko was very much his own man and was to be seen a lot, either solo or with his band. Knowing that I was impressed my partner also bought me a film called Georg.

I am intrigued by Estonian films. There is an old one which is sort of science fiction set in a ski lodge. There is another one, more recent, about people getting lost while mushroom picking, followed by some bizarre happenings in a house in the woods which in any language would be incomprehensible, but is somehow utterly compelling. There is Kevade, which seems to display a sort of national identity. I now have a reasonable collection of homegrown Estonian cinema and I am still getting used to its eclectic and eccentric style. But getting back to the point, I really was impressed by Georg. It’s absorbing and interesting, well-acted and produced, and an intriguing story too. When I saw the film about three years ago for the first time, I decided that Marko had become my favourite all-round Estonian performer.

This is not to say that I don’t like others. But that is not the point I am writing about really; it is the fact that we British tend to get a bit “star struck”. You don’t walk up to well-known people in the UK and say “hello”. If you catch a celebrity’s eye, you usually find that you both head off in opposite directions, one being terrified you might cause them harm, the other mortified with embarrassment. (Not sure which way around that is sometimes.) But you definitely don’t just have a conversation and talk about the weather.

We went to a concert at Pärnu Kontserdimaja to see Marko sing in the summer of 2013. During the interval we did what seems to be the norm here, we walked arm-in-arm round and round the auditorium, watching the rest of the audience to check who was with whom, what the opposition was wearing, my partner informing about all the latest Pärnu hearsay and gossip. As usual there were local dignitaries, but to my surprise I was asked whether we should not go and have a word with Marko’s mother.

Apparently Marko is the highest-earning performer in Estonia. I am told he is modest and unassuming as far as stars go. What I had not hitherto understood was that he is a Pärnu boy and grew up here. And my partner knows his mum. So for me it was a pretty big deal to be invited to say hello. I did not know whether to bow, kiss her hand or curtsy. In the end I was introduced and I said “tere” (that being about as far as my social skills allow). Mrs Matvere was straightforward, eying me with curiosity since I must have seemed a little agitated, and chatted away with my partner probably about the state of the apple crop this year, until finally I intervened and asked if my thoughts about her son could be conveyed. I’m not sure how this translated into Estonian; I said he is my favourite star. Being a representative Englishman I, of course, thought this was a great accolade in itself. However Mrs Matvere gave me a raised eyebrow and a slight tilt of the head. For some reason I felt a bit silly and realised that if I could have spoken the language I would have been much better off talking about the prodigious amount of apples this year as well.

It left me thinking. Of course Estonia has Kroonika and Strictly Come Dancing and many more celebrity promoting vehicles which makes it much like many other European countries, but so far I have experienced less of that star-struck, hysterical, wannabe attitude that seems to be driving youth culture, in the UK at least. But presumably it is only a matter of time.