Three years after coming up with its first product, Smartpot, a Tartu-based smart houseplant producer Click & Grow launches its second one – Smart Herb Garden. The third one, Smart Farm, is also in planning.

When launched in 2010, Click & Grow was one of the first of the new generation Estonian startups which created a global buzz with their Smartpot – almost Apple-esque, minimalistically designed white box, meant for homes or offices, which grows very real tomatoes, strawberries, chili peppers and basil, yet looks like something out of Space Odyssey. It sounded even more intriguing and hi-tech when the company advertised it as “NASA-inspired”.

In reality, they were not far off. In 2005, Mattias Lepp, the company’s CEO, by education a choirmaster, not a scientist, happened to read a NASA report about technologies that make it possible to grow plants in outer space. At first, the information about the technology seemed just a good knowledge to him, which he occasionally brought up in social gatherings as a talking point. However, things took a twist in 2009 when Lepp stumbled across to another research paper which stated that every year, about €30 billion worth of houseplants are thrown away around the world due to mismanagement issues. Baffled that so many people around the world are having trouble caring for their plants, Lepp identified an uncovered market demand. By connecting the two things, the widespread plant managing problems and the knowledge about the technology, the idea for Click & Grow was formed. The idea was that everyone could grow flowers or fresh herbs in their apartments, but aided with smart technology, with a minimal effort. 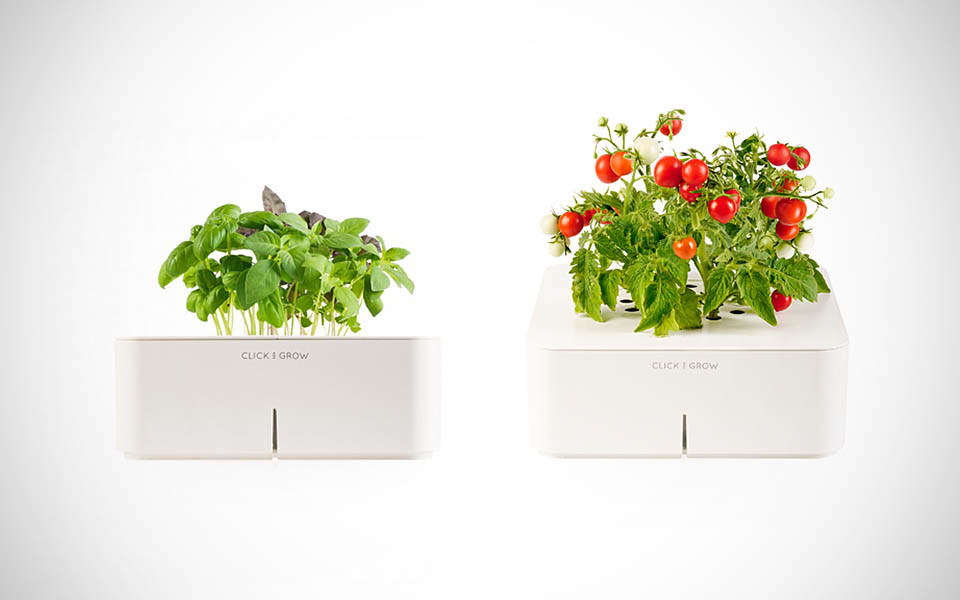 In the first round of research and development it became evident that the growing method called aeroponics (air and mist), that was so vividly described in the previously mentioned NASA report, wasn’t the proper solution – a more complex method was needed. The attention was turned to a field of study called biomimicry. Biomimicry is the examination of nature, its models and processes, elements to emulate or take inspiration from in order to solve human problems. The basic idea in R&D was to map the key aspects and processes of plant growth and create a medium that perfectly imitates them. By developing a special substrate which holds the nutrients and seeds, and using sensors, a processor and software to measure and care for the plants exact needs, an environment for growing plants was created in the form of the Click & Grow Smartpot.

Smartpot turned out to be big success and it was among the first tech products from Estonia to be talked about since Skype. It comes in two parts: the flowerpot, which includes electronics, sensors, a pump, water reservoir, and batteries, and the cartridge, which includes seeds, nutrients, and software that instructs that pot to create the ideal environment for the specific seed to grow in and thrive. The company has now sold about 150,000 Smartpots, the largest markets being the US, the United Arab Emirates and Russia.

The company has now launched its second product – a smart herb garden. Its launch was aided by the Kickstarter campaign, run last year, which raised over USD600,000 from over 10,000 backers – way above expectations. Thus, Lepp has high expectations for the company’s second product and hopes to sell 300,000 of it this year alone. While the technology remains effectively the same as the Smartpot, the herb garden’s emphasis is geared towards what it says on the tin – growing herbs, such as fresh basil, chili, mini tomatoes and other vegetables. It also differs in its design. Unlike Smartpot, which uses batteries, Smart Herb Garden plugs into a standard electrical outlet. The addition of a LED allows for the unit to be used in any room in the house. 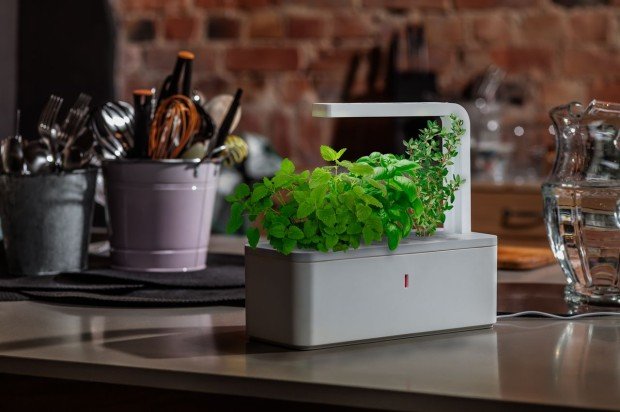 Click & Grow advertises its products simply – just “click and let it grow”. According to the company, their nano-tech growth technology gives plants the right amount of water, oxygen and nutrients at all times – the sensors and software measure the conditions and make sure the plant is feeling well – technology does all the work, as they like to say. All what customers are supposed to do is to fill the water tank about once a month.

Not all the international reviews are sky-high, though. Some customers complain that the plants wither away too quickly, turning the device into an expensive gadget – nice to look at, but without purpose. Click & Grow on the other hand likes to remind people that despite the high tech involved, it’s still a live plant – it needs light.

Lepp doesn’t deny that they have also faced obstacles. Apparently, the global demand for their Smartpot created different challenges in different parts of the world. Natural light distribution varies greatly – customers in Brazil or Norway, for example, had conflicting ideas of how much light their Smartpot should receive. The other issue was that many independent distributors were selling Click & Grow’s Smartpot on Amazon. Without direct connection to the company, they were unsuited to deal with customer complaints when they arose. Lepp argues that they have learned greatly from the experience with their first product and will be able to avoid setbacks on the Smart Herb Garden. The addition of a LED light should also ease out the lightning issues. 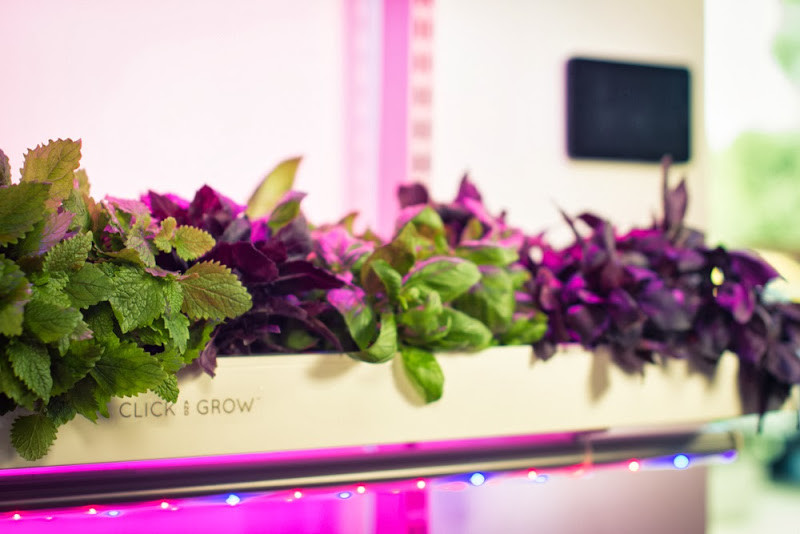 With the world’s population growing and food and water resources getting scarcer in the future, Mattias Lepp is full of ambition for the company, planning to develop Click & Grow into a world’s leading technology company for growing food on minuscule scale in towns. Apparently, its technology already allows people to grow food plants four-five times faster than in soil. Click & Grow smart products also use 90 per cent less water than ordinary agricultural plants. There is now talk of introducing a third product – Smart Farm, a small 10-unit plant system which could be converted into “mini-farm”. According to the company, it would be appropriate for commercial or institutional customers, like restaurants or schools.

Plenty of research is undertaken to develop its ideas further – in collaboration with the University of Tartu, as well as universities in France, Holland, and Russia. The production is based on the island of Hiiumaa.