Estonian company Favor AS has created a unique, efficient and environment-conscious vehicle, an electrical roller called the Exo bike. The premiere of the Exo bike took place last week at the Hannover Trade Fair, world´s leading showcase for industrial technology. In an interview with the Favor team, they explain the innovation and technology behind their creation, unique in its own class, and express their hopes that the Exo will become the best-known vehicle from Estonia. 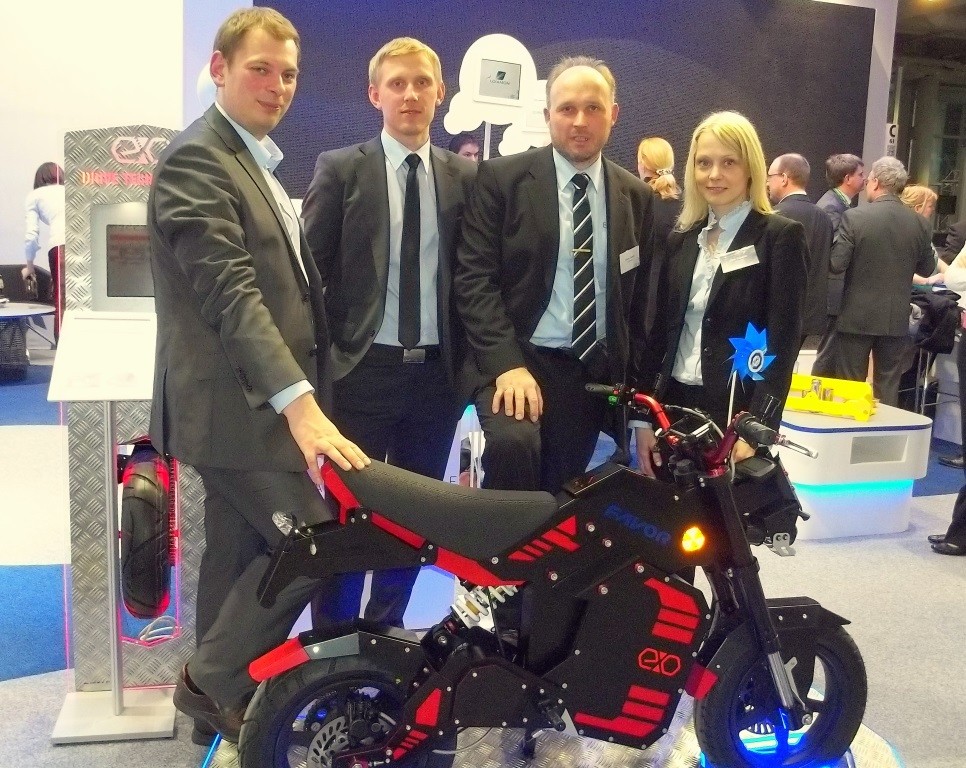 Favor AS is based in Maardu, the industrial area just a few kilometres from Tallinn and has been providing world-class light sheet metal working solutions longer than the period of Estonian re-independence itself – almost 23 years. According to Marek Tamm, Chairman of the Board (second right on the photo), Favor is also the largest tin sheet metal processing company in the Baltic States. Introducing the Exo bike, he outlines that when for example Germany has many top car brands such as BMW and Audi, then the electrical scooter Exo is the first vehicle made exclusively in Estonia. The research and development process has taken around three and a half years – from the first idea and a rather archaic-looking prototype to the sleek, modern and high-tech final version of the Exo bike.

The Exo bike is a new brand of green electric vehicles, a battery powered innovative light two-wheeler, perfect for urban commuters, fun riders, and everyone caring for the environment. It is very light, weighing only 65 kilograms including the batteries, especially when compared to similar vehicles usually weighing around 80 kilograms. Holger Annus, Key Account Manager of Favor (on the left of the photo) presents the astonishing qualities of the Exo batteries – it costs €0.50 to fully charge the bike, and this will take the driver to a distance of up to 60 kilometres. This is especially practical in the light of another recent development in Estonia – the nationwide electric vehicle fast-charging network, but the batteries can also be recharged almost everywhere using the same power plug as for all other regular appliances. 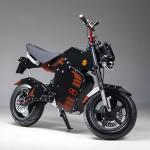 Riina Truusalu, marketing specialist at Favor (on the right of the Hannover trade fair photo) adds that their main goal is to conquer the European market. Their first step is to concentrate on countries like Germany and Holland where environmental consciousness – “the green way of thinking” is already widespread, but also Southern European countries like Spain or Italy, where the design and compactness of the Exo bike would be excellent for both the road as well as weather conditions. Exo bike produces no pollution or sound to speak of, and is therefore completely environment-neutral.

During the five long days of Hannover Trade Fair, there sure were enough enthusiastic visitors and potential customers surrounding the innovative electrical scooter made in Estonia. 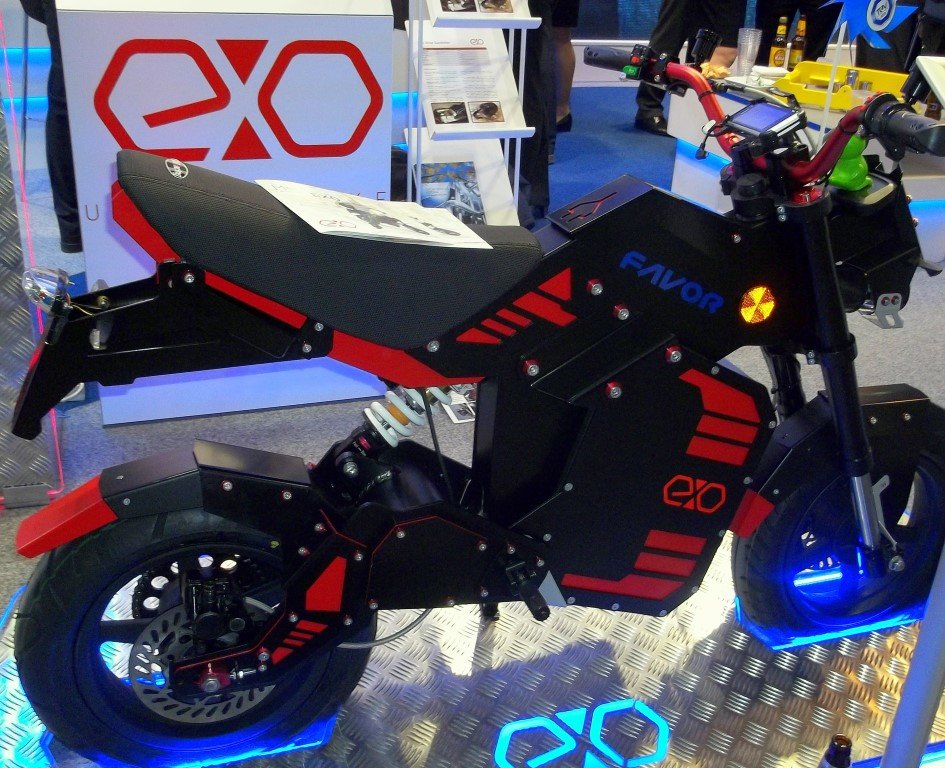 Photos by Reelika Virunurm and EXO