Today marks the launch of “Expats Corner”, where we catch-up with foreigners who live or have lived in Estonia, to find out what they really think of the country. 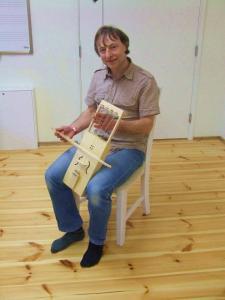 Les Wilson (52) is an English musician, drummer and teacher with a special fondness for Baltic and Nordic music in general and for Estonia in particular. He has visited almost every part of the country during more than a dozen trips and lived in a small village near Tartu during the summer of 2009. Les is slowly but surely learning to speak and write Estonian, largely by his own efforts, and it is his intention to permanently relocate in a few years’ time. Les welcomes correspondence and friendship with Estonian people and feels that the country and its culture is now an integral part of his life and heart. He probably holds the record of the most Estonian CD recordings owned by an Englishman! He has sometimes also assisted translators with proofreading and is proud that some of his work can be seen in the English translations of the inscriptions on the Harju Gate at Vabaduse Square, Tallinn.

Les, what brought you to Estonia?

In a word – music. Everything I heard had a special magical quality that was unique. I didn’t know that I was hearing regilaul (a type of Estonian folk song) at that time. I also heard choral music by Veljo Tormis and some church songs by Helin-Mari Arder and it made me wonder what sort of country, what kind of people, could consistently produce such a beautiful sound.

I had heard of Estonia as a part of the Soviet Union. My preconception was of a highly educated and cultured people living under the Soviet occupation and almost ceasing to exist. A beautiful country with a lot of natural assets.

My first impressions… An empty country, refreshingly spacious after the crowding of southeast England. Tallinn was a mixture of radically modern next to utter poverty, the usual inequalities of a capital city trying to compete in Europe rather than look after its own people. Taciturn men, reluctant to speak but friendly; and helpful women. An efficient and comfortable public transport system, better than England’s, cleaner and safer. Beautiful wooden houses and a very lovely, musical language. Older people still traumatised by the occupation and the loss of loved ones and friends, but an initial reluctance to talk about it. A fear that those days will come again and an understandable feeling that no one will help. There is a feeling that Estonia has no voice in the world, has nothing of value, therefore no country would come to its aid. A lot of people are almost waiting for this to happen. They are sceptical of NATO and the euro, missing the loss of the kroon. They believe that politics is corrupt and not for their benefit, that the rewards of freedom have largely been given away to foreign banks and that Estonia is now owned by Europe.

It is easier if you have some friends to start with, which I did have. There are suspicions about what you are after, what you want from them. A lot of wariness, almost cynicism; people – especially men – tell you that you will give up, that it is hard.

I am learning. I like the language very much and I am able to survive on a basic level. Again, Estonian men especially are fond of telling you that you will fail, but the women praise your efforts.

Once you have a friend, or something to offer, in my case music, it gets easier. Estonians are actually very tolerant and warm-hearted. I now have many friends and people are curious about me – why am I there, why do I like it?

What would you do in Estonia and do you feel that it’s the right environment for you, professionally speaking?

I am not in Estonia right now and I never had a proper job there yet. But my aim is to do something in music – I have a lot of contacts. The standard is very high indeed, higher than in England, and it is very competitive. I understand from friends that there are some very restrictive customs and laws that do not make it easy.

Who are your favourite Estonian artists?

Helin-Mari Arder, whose voice is like the sun shining! Robert Jürjendal, whose range of work and writing is astonishing, and Veljo Tormis, whose works for choir were the first Estonian music I heard. These people are truly ambassadors of their country. I have 80 CDs with Estonian music, plus some Soviet-era vinyls of In Spe, Rein Rannap and Lembit Saarsalu.

Estonia has been open for change for over twenty years. What do you feel has changed the most?

Tallinn has expanded dramatically, almost too quickly. Roads are being built and new buildings are appearing. Young people are progressive and looking outward to the world. Many are leaving, which is sad. There are many new shops and shopping centres but the prices are too high for local people. The young especially are fashion-conscious and well-educated. Outside Tallinn, change is very slow. It is easy to forget that the villages still exist.

I dislike hearing that village schools and post offices are closing. We made this mistake in England in order to save a bit of money. I dislike the alcoholism of older people, but I respect the alcohol laws for younger people. What I like the most is the pride all people have in their culture, history and music. I like how they survived the occupation, and will hopefully survive the European integration. I love the way people speak and sing. Culture is your main asset, not Skype or wi-fi.

What should be done differently in how the country is being run, in your opinion?

Help for villagers without running water. Not so much pandering to the ethnic Russians in Tallinn and elsewhere. I believe strongly that immigrants, and Russians, should be learning to speak Estonian.

Would you consider staying permanently in Estonia?

If I can I would love to stay, I feel at home in Estonia.

Editor’s note: while most tourists and expats usually stay in Tallinn, Les has travelled extensively all around Estonia, including some of the most remote locations. His particular favourite is Tartu County, including its namesake town. Because he has photographed so many charming places, it was difficult for EstonianWorld to pick just one or two of his captions – instead we have published a selection which portray Estonia outside its usual comfort zone of Tallinn, including the neglected and abandoned villages. 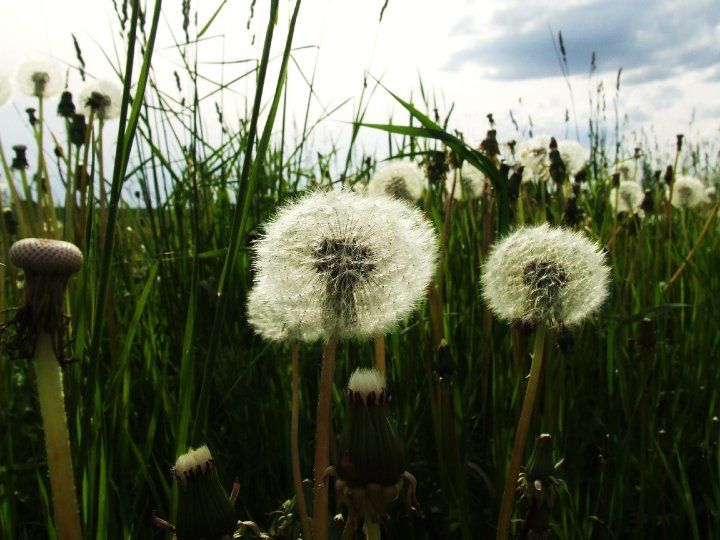 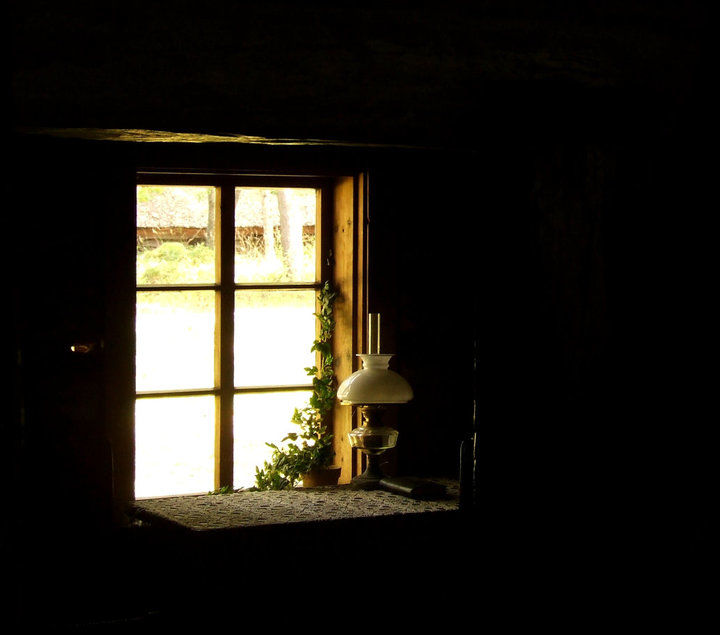 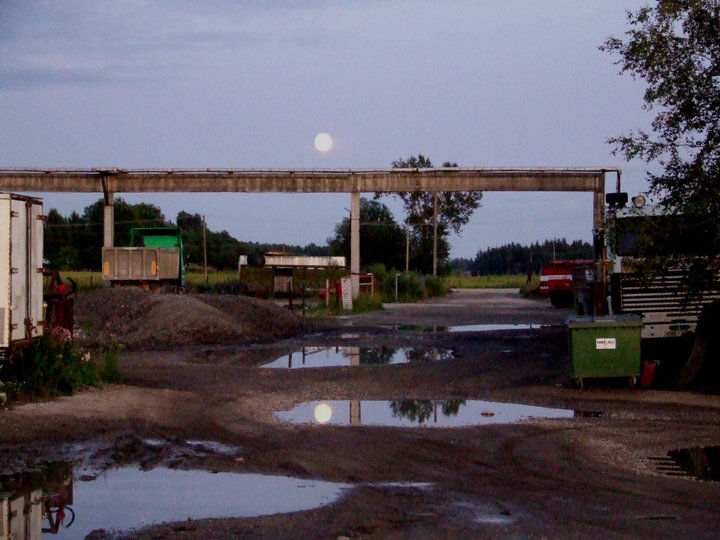 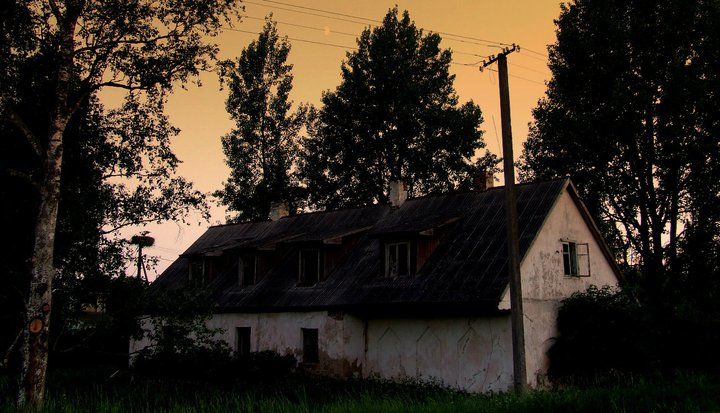 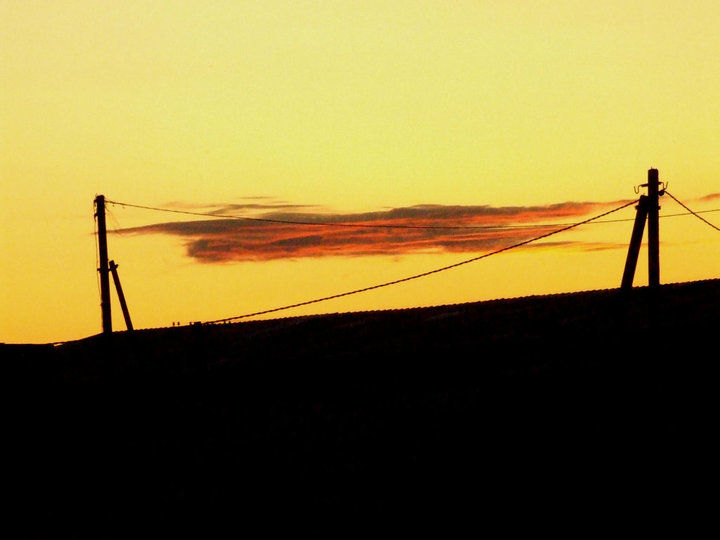