Estonia will receive a 100th birthday gift next year that will be truly out of this world – as part of the country’s centenary celebrations in 2018, ESTCube will unveil its second satellite while its team embarks on a mission across Estonia to educate young people about opportunities within the space industry.

ESTCube-2 will be three times larger and far more complex than its predecessor, ESTCube-1, which turned Estonia into an unlikely space nation when it entered orbit in 2013.

ESTCube-2 is planned to blast off in 2019 and will operate at approximately 680 kilometres (423 miles) above Earth, which is almost twice as high as the International Space Station. However, the satellite is being designed to boldly go much further. 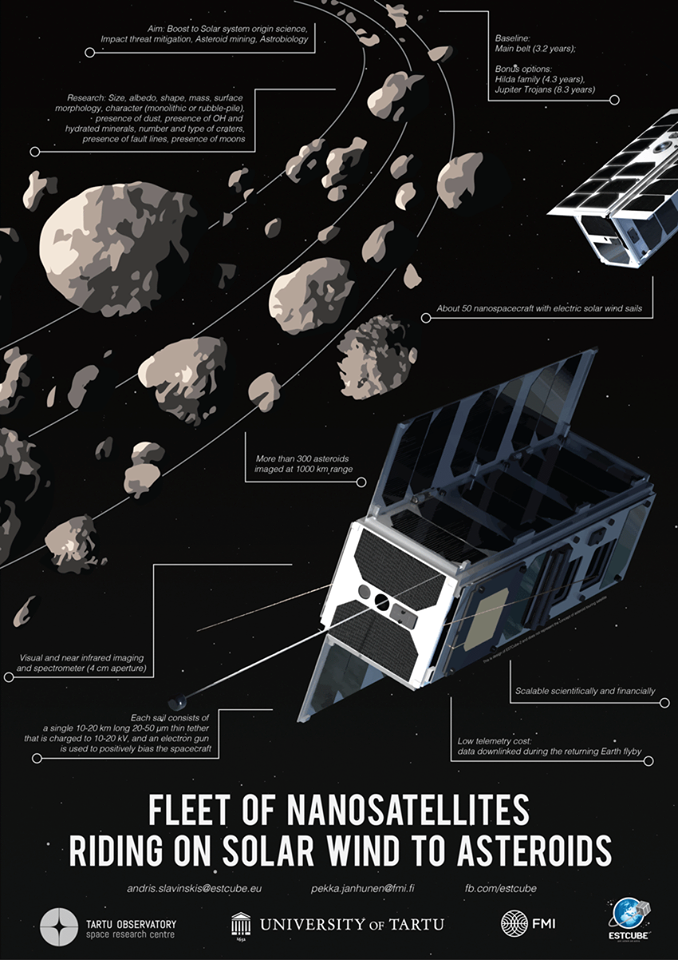 The satellite will serve as a prototype for ESTCube-3, an Estonian mission to orbit the moon that will blast off in the early 2020s. In addition, the European Space Agency is now officially considering a joint Estonian-Finnish proposal to send a swarm of satellites based on the same Estonian design to rendez-vous with hundreds of asteroids.

The main objective for ESTCube-2 is to test a “plasma brake”. This is a new method of deorbiting satellites, which could help mitigate the problem of space debris. A tether is charged in the ionosphere and the braking force then enables the satellite to drop out of orbit up to ten times faster than current methods.

ESTCube-3 will go even further, both literally and in its experiments. Its main objective will be to test electric sail technology, an advanced new method of propulsion that uses solar wind instead of the ionosphere, as in the case of the plasma brake. This could enable quicker and much more cost-effective space missions without the burden of carrying fuel.

The ability to sail the solar wind could revolutionise the space economy by improving the ease of travel around our solar system. The ESTCube team believes this technology could one day be used to transport cargo between planets and asteroids, which could assist with activities such as mining and exploration beyond Earth.

The ambitious asteroid mission, which the European Space Agency revealed, would use electric sail technology to travel towards and gather information about asteroids that could be used for mining or deflecting one in future that threatened Earth.

Tartu Observatory provides ESTCube with a large proportion of its finance and facilities, including laboratories and the ground control for monitoring missions. The observatory will merge with the University of Tartu at the start of next year, which will provide greater opportunities for students to develop their skills within the emerging space industry, according to Anu Reinart, the director of Tartu Observatory. 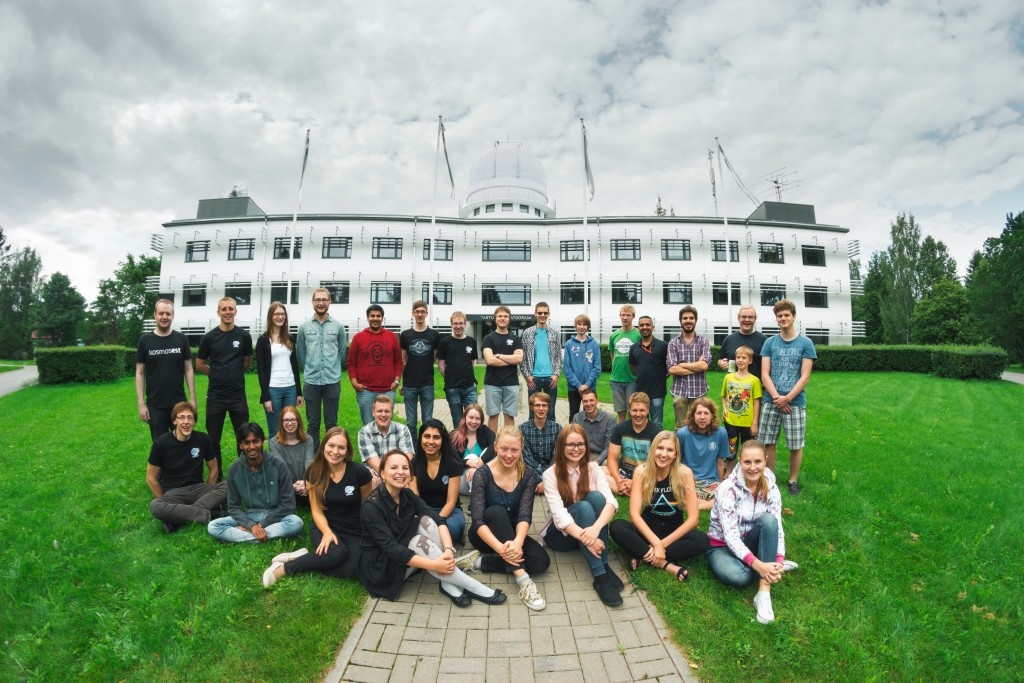 “We will have more power to influence the study programme and greater links with the students,” Reinart says. “This is important because one of the main things we are lacking in Estonia is enough high level researchers and engineers in the field of space technology.”

ESTCube-1 was built on a low budget, but the commercial and academic benefits from the mission are now visible across Estonia. The European Space Agency has since placed orders for satellite-mounted cameras from the team, as well as announced that its next business incubation centre will be established in Tartu.

There are also several offshoot space companies now based in Estonia, such as Captain Corrosion, which has commissioned the corrosion protection testing onboard ESTCube-2. Tallinn University of Technology is also developing its first satellite so both programmes are now sharing technical expertise and advice.

“We are building an Estonian space industry,” Andris Slavinskis, the head of the space technology department of Tartu Observatory, says. “Working with students is how you develop the next generation of space engineers. They are so excited about space technology so it’s easy to get them involved. In ten years, we will have a better balance between students and professionals, but it is always good to have students involved as it provides a new generation coming up after you.” 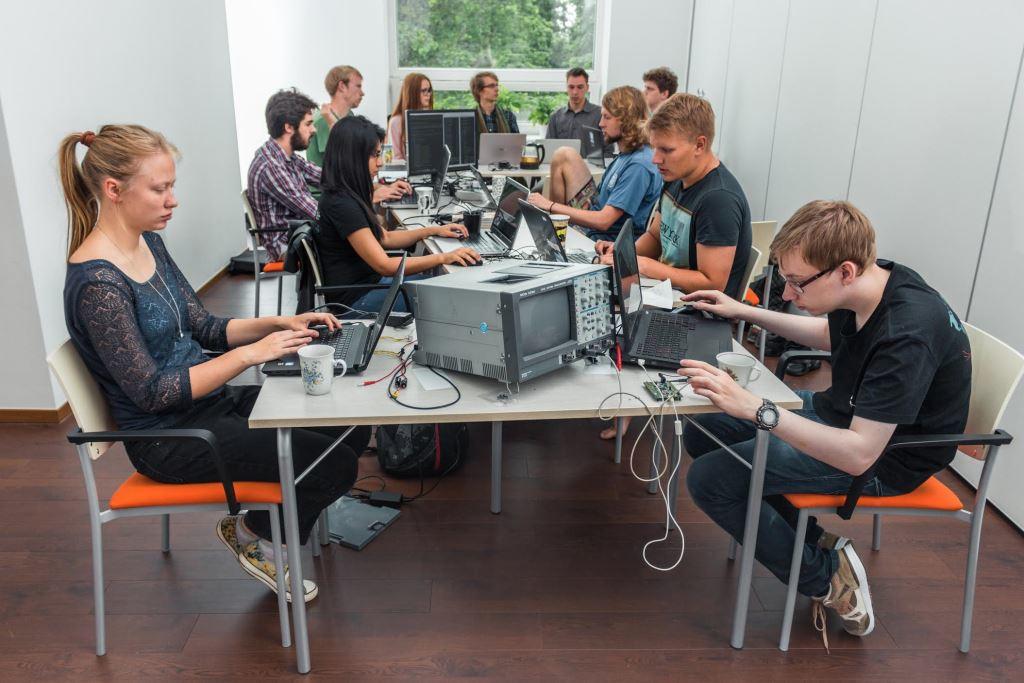 While some of Estonia’s space pioneers have now found opportunities working around the world, the emerging industry in Estonia has also attracted talent from abroad as its reputation rises. This includes Slavinskis himself who is Latvian.

“ESTCube is probably one of the best examples in Estonia about how to organise an international, high technology team working on exciting projects,” he notes. “It was clear when reading post-doc applications from around the world.”

Why the world is not enough

ESTCube-2 has a range of tasks to complete in Earth orbit for researchers in Estonia, including Earth observation and corrosion protection experiments, before the final deorbiting.

However, the electric sail does not work near Earth as the solar wind is blocked by the planet’s magnetic field, which is why ESTCube has set its sights on the moon for the subsequent mission. Orbiting the moon will be more complex and more costly to launch so using the same design for ESTCube-2 and fully testing it in space will help lower the risks of the ESTCube-3 mission.

“We are designing this [ESTCube-2] mission to be taken to the moon,” Slavinskis says. “Everything is being built in a way so that we can very rapidly fix any problems and take the next mission to the moon. We can then test the electric solar wind sail in its real conditions and sail in the solar wind.” 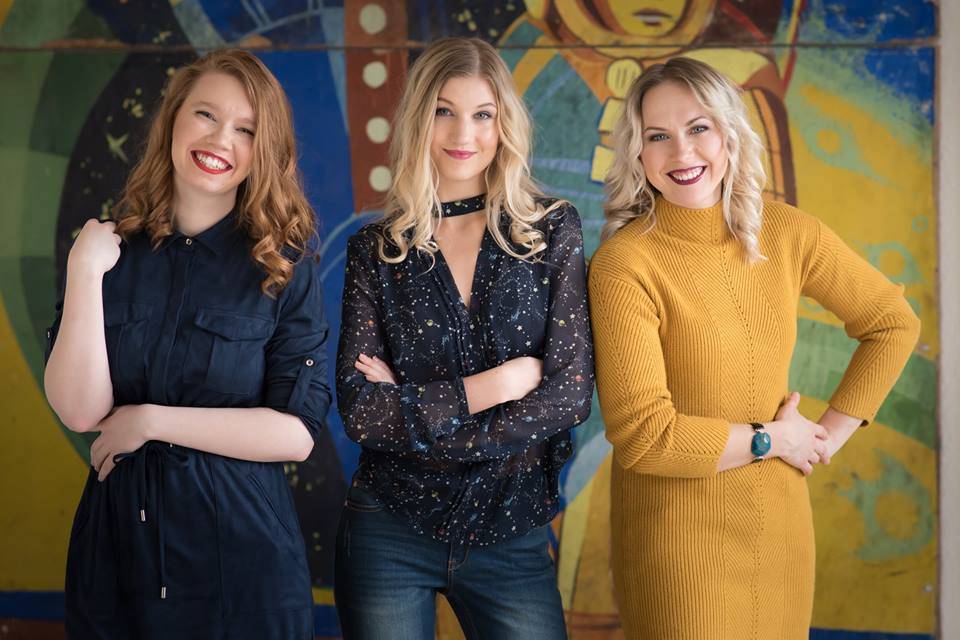 There are thousands of operational satellites around the Earth, yet less than a handful around the moon due to the enormous difficulties of keeping orbit in low gravity. All of them eventually crash into the moon with current technology.

The ESTCube team revealed for the first time that they were not only planning to orbit the moon, but also investigating the possibility of using the solar sail to fly away from the moon afterwards.

“The moon orbit is very unstable so you can use the electric sail for ‘orbit keeping’ and remain in there for a very long time,” Hendrik Ehrpais, the chief technology officer and the lead of the attitude and arbit control team at ESTCube, says. 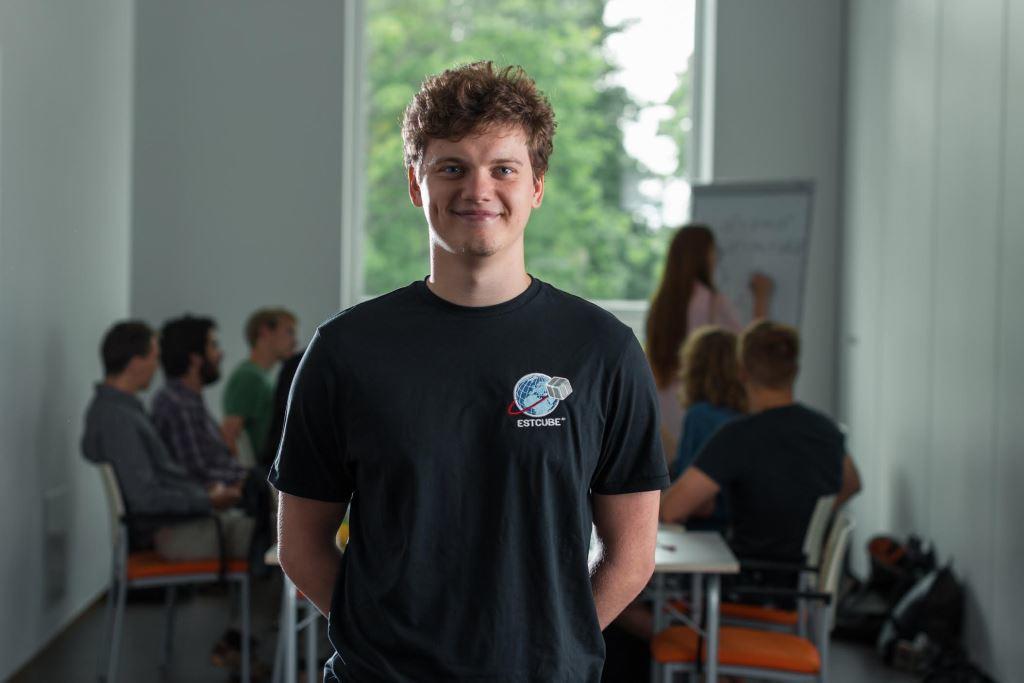 “Changing the moon orbit or escaping the moon orbit is far more interesting than crashing into the moon. We are investigating the possibility of doing some very cool things, including returning to Earth, but our focus at the moment is building the satellite.”

Providing young Estonians with the opportunity to work on space projects

Estonians at home and around the world will be providing gifts to the country on its 100th birthday in 2018. In addition to the satellite itself, ESTCube is keen to provide more people with the opportunity to learn about the upcoming missions and how to get involved.

Members of the team have already started to return to their old schools to discuss the programme and the possibility that pupils could soon be working on the missions themselves. A summer academy is also being launched to provide young Estonians with the opportunity to work on space projects. 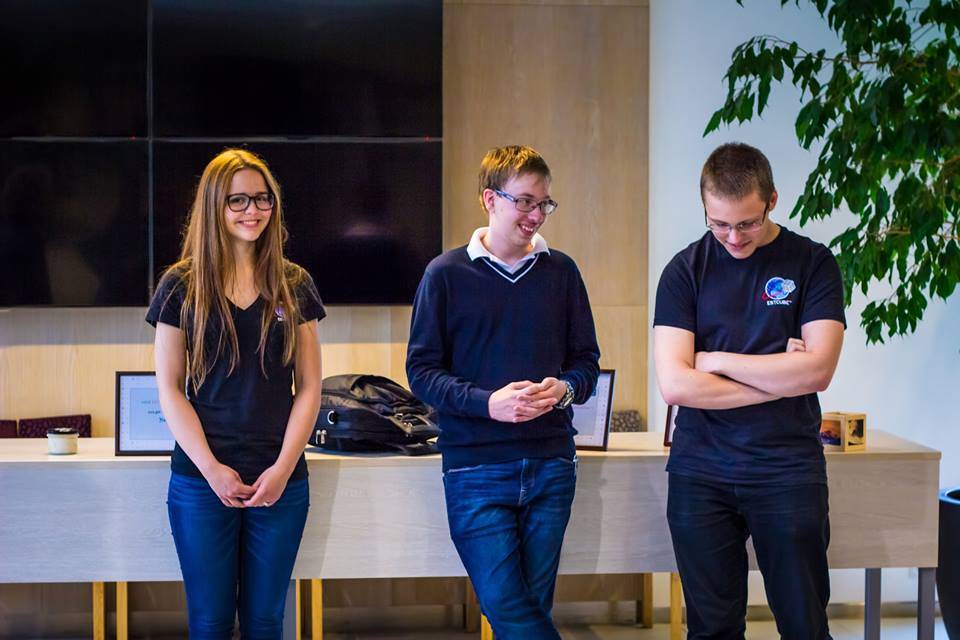 “I would encourage more Estonians to get involved because I can see how [the ESTCube programme] gives such good skills to people,” Reinart states. “It is not only technical skills either, because the team is very good at public relations, team building and fundraising. We can do really useful things when we work together.

“Estonia is small, but we can do big things here and space is something we are very good at. The technology has developed so much that it is not so expensive anymore and even a small country like Estonia is able to develop miniaturised instruments used in space or create software for complex systems.”

Since re-establishing independence, Estonians have been encouraged to think globally in order to find opportunities. As Estonia turns 100, young people will increasingly need to think beyond this Earth too.