Every nation has its characteristics. Some time ago, a few Tallinn-based expats compiled a tongue-in-cheek list that distinguishes Estonians. Estonian World republishes the list in a slightly modified form.

You know you are from Estonian when…

1. You use the word “normal” if something is OK.
2. When visiting friends abroad you bring along a box of Kalev chocolate.
3. You attended a song festival at least once either as a performer or as a spectator.
4. You know that going to the sauna is 80% about networking and 20% about washing.
5. You are nationalistic about Skype (it was actually set up in Estonia).
6. Kohuke (Estonian curd snack) belongs to your menu.

7. You declare your taxes on the internet like all modern people.
8. You actually believed for a while that Latvians had six toes per foot when you heard that as a child.
9. You are convinced that Estonia is very strategically located.
10. You spent at least one midsummer in Saaremaa or Hiiumaa, or in one of the smaller islands.
11. You can quote films like “Viimne reliikvia” and “Siin me oleme”. 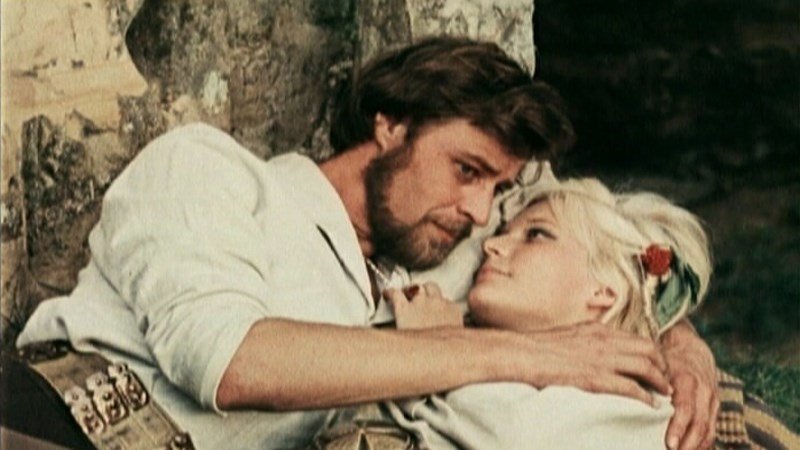 12. You spit three times around your left shoulder for good luck.
13. Words like “veoauto”, “täieõiguslik” or “jää-äär” sound perfectly pronounceable to you.
14. You have been at least once in your life at Pärnu beach.
15. There can never be too much sarcasm.
16. Buildings taller than 20 floors are sightseeing items where you bring visitors. 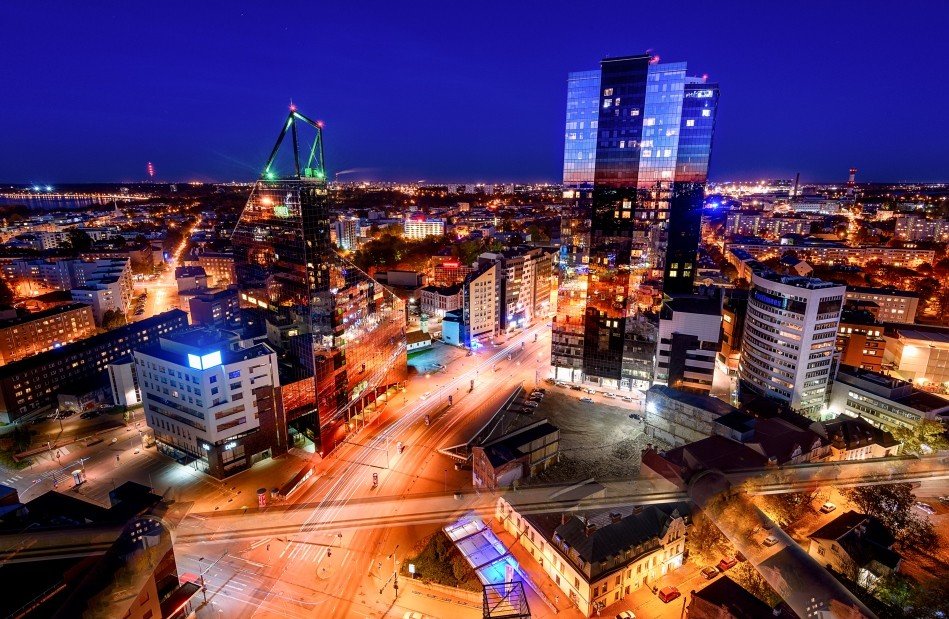 17. You are disappointed that Jaan Kross never got the Nobel prize in literature.
18. It would not be surprising for English-speakers to find your name naughty (Peep, Tiit, Andres [sounds like undress]) or hippy (Rein, Rain).
19. You have been to Finland.
20. You say ‘Noh’ (sounds like NO) even when you speak English, just to confuse people.
21. You know the lyrics to “Mutionu” and “Rongisõit”.

22. You are used to customer servants looking at you as if they wanted to give you a good slap.
23. You would agree that wife-carrying is a real sport (at least as long as Estonians are winning).
24. Your best friend’s girlfriend is your English teacher’s daughter and they live next door to your grandparents, who were colleagues with your advisor, who is friends with your…
25. You think any beverage below 20% is non-alcoholic.
26. You think working 35 hours per week is like being on a holiday.
27. You look in both directions before crossing the road, even if it’s a one-way street.
28. You grin very mysteriously when people ask about your national food.
29. Even if you find the music by Veljo Tormis and Arvo Pärt not exactly easy-listening, you think they are great messengers for the country.

30. Your five-year-old child knows how to code.
31. You cheated on your wife/husband at least ten times but you still think you’re in a good marriage.
32. When someone ask you “where is Estonia?” you quickly reply that it’s located in Northern Europe close to Finland…
33. You think that people who smile too much and are too friendly, must be high on something.
34. Sour cream tastes good with everything.
35. A foreigner speaks to you in broken horrible Estonian and you go on and on about how wonderful their Estonian is compared to “the Russians”.
36. You have ever worn or seen anyone wear “karupüksid”. 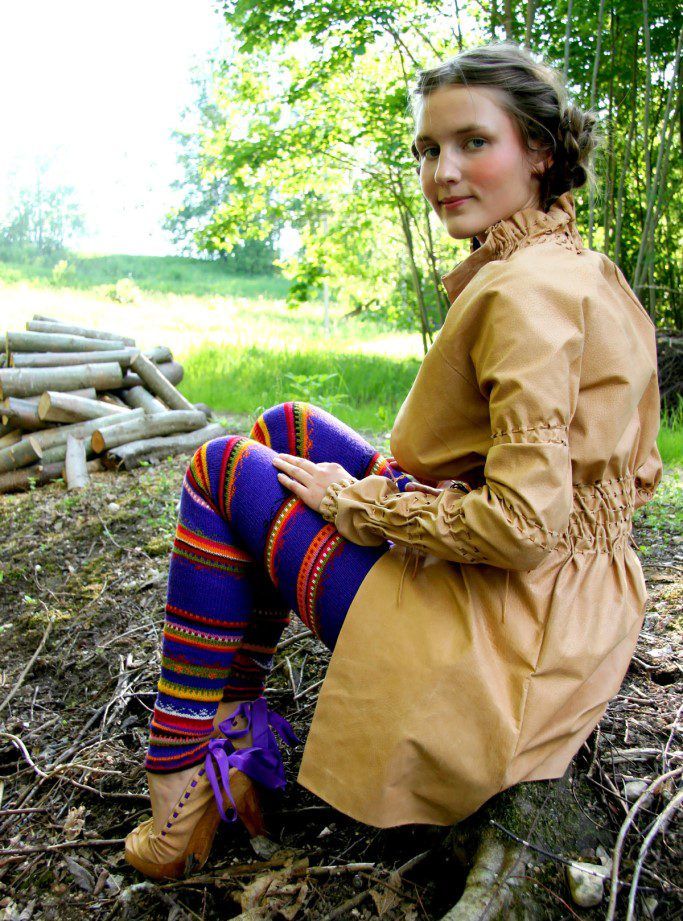 37. You have heard the phrase “Estonians are slow” at least once.
38. Sa saad aru, mis siia kirjutatud on.
39. You find yourself continually ignoring the gender in other languages.
40. You say “kurat” as at least every second word.
41. You consider running to the shop at 21:50 on Friday evening to buy some booze a sport.
42. You don’t go on strike or protest when the government screws you.
43. When someone says “Estonians are so beautiful” you answer almost without emotions “I know”.
44. You have tried to explain people that “kauboi” is actually a word in Estonian.
45. You don’t think that “terviSEKS” is a funny word.
46. You don’t find the Estonian equivalent to the expressions “twelve months”, “1002” and “12 buses” remotely funny or rude.
47. Even though you never met Toots, Teele and Kiir you know exact what they are like (literary characters from Oskar Luts’s books). 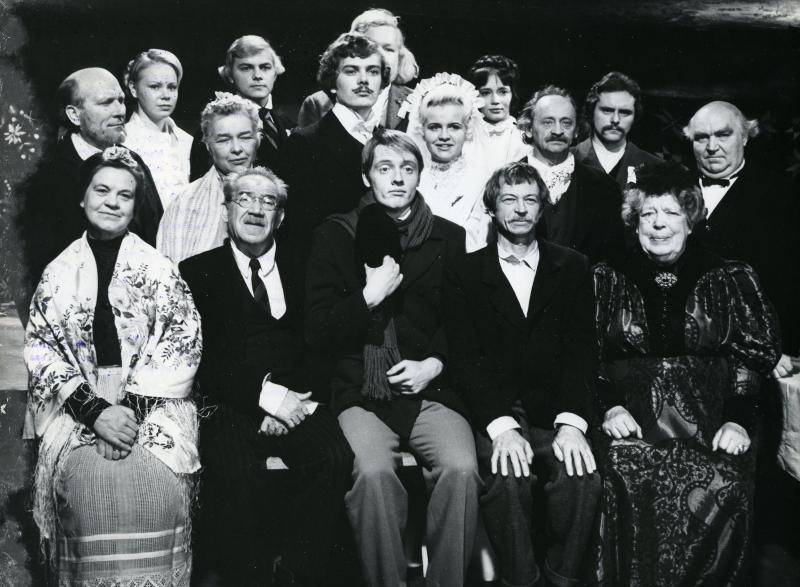 48. You grin when someone you know says that they bought a BMW.
49. You know how to end the sentence “Kui Arno isaga koolimajja jõudis…” (from Oskar Luts’s book “Kevade”).
50. Verivorst (blood sausage) tastes great (at least once a year at Christmas time).
51. You want truth and justice (tõde ja õigus) to rule the world.
52. You think that the combination blue-black-white is cheerful.
53. You think that Estonian women are the most beautiful in the world. 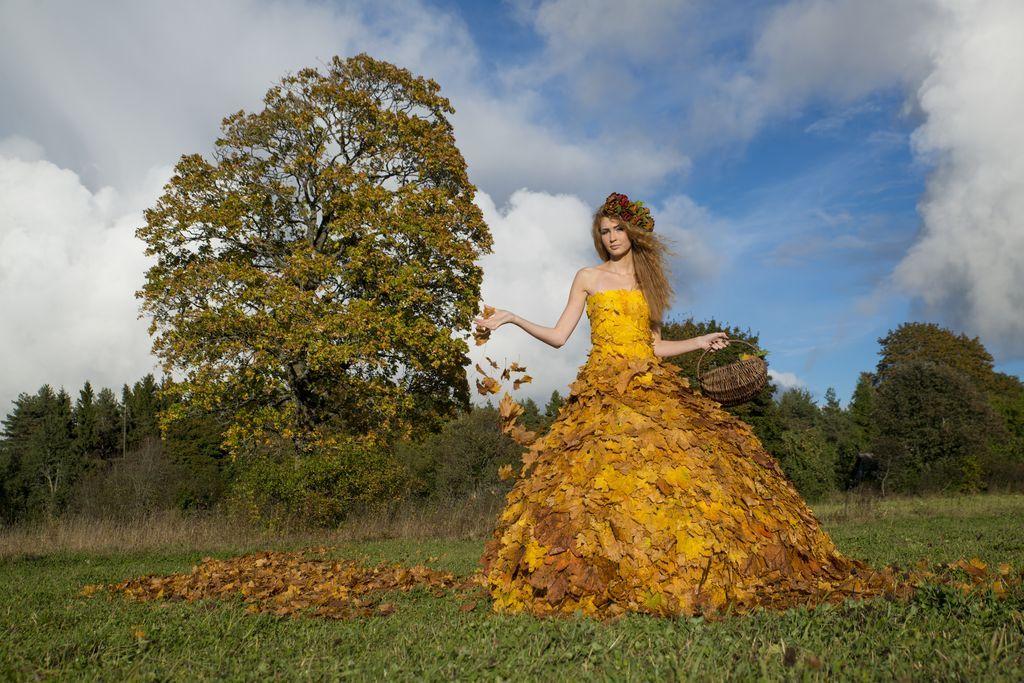 54. For you it is totally normal to eat food gone sour (hapupiim, hapukurk, hapukapsas, hapukoor).
55. A language should have at least 14 cases.
56. You know the moves to the song “Põdra maja“.
57. You consider “Õllepruulija” an unofficial national anthem.
58. Everyone in your family has pictures from funerals.
59. You are so proud of every Estonian that you correct foreigners who say that the population is one million, not 1.3 million as it actually is. 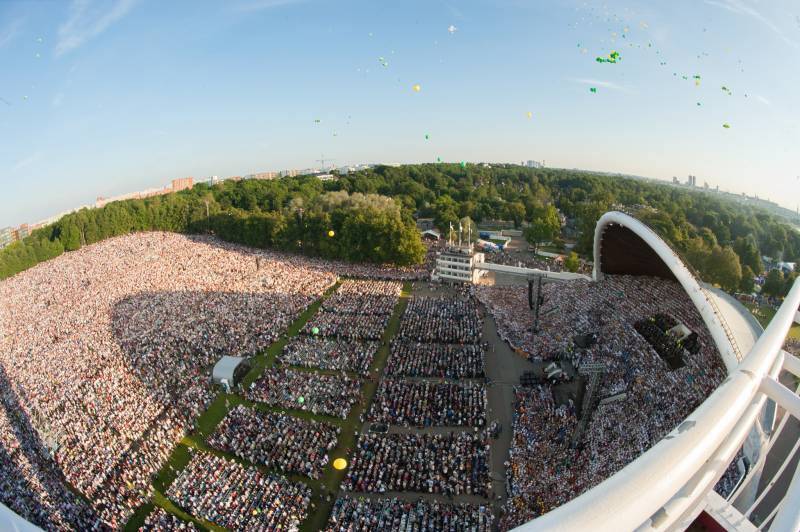 60. You know the moves to kaerajaan (folk dance).
61. “Ühesõnaga” (“To sum it up in one word”) means a really long explanation is coming.
62. A mention of a town with a population of a million or more causes you to panic slightly.
63. The phrase “go south, get some sun” can feasibly mean Latvia or Lithuania. The phrase “go north” is semantically null.
64. It’s been years since you’ve seen your paper passport and paper bus pass.
65. And weeks since you’ve seen cash money.
66. And you barely remember that there are other forms of payment except electronic ones.
67. When you come to a city that has a subway, you are prepared to spend a day just riding it.
68. You presume that all other countries also have ubiquitous internet access. 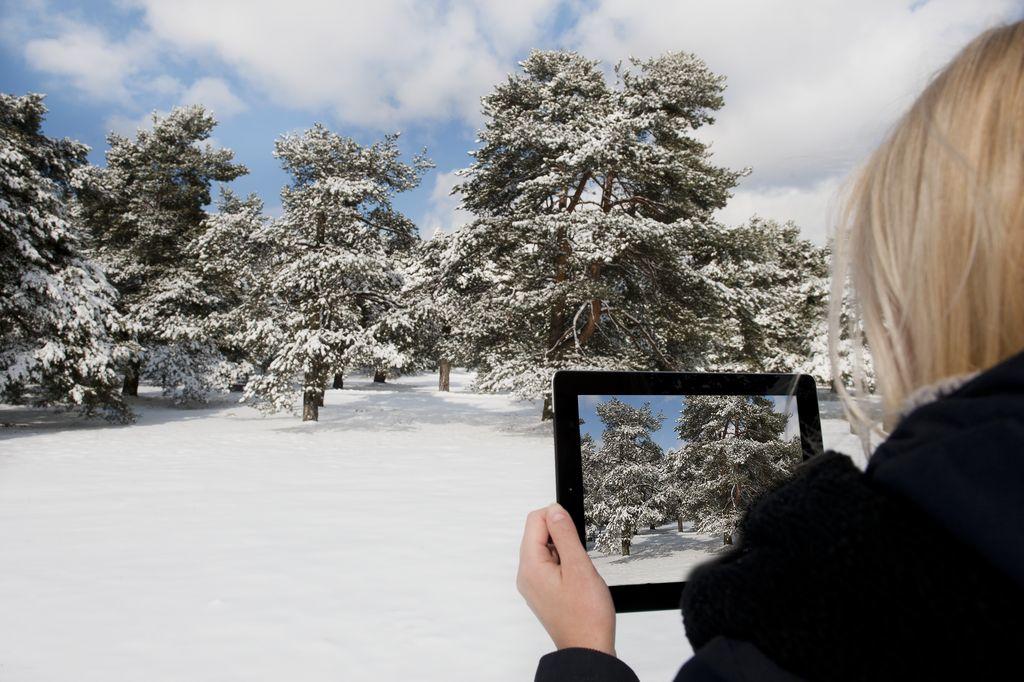 69. Four-digit bus route numbers cause your brain to shut down.
70. You feel that the University of Tartu is among the top five best/largest/oldest universities in the world, and if you’ve graduated from it, all paths in life are open for you.
71. Swimming in +18°C water is a perfectly normal summer activity for you.
72. Although when summer does come around, you tend to be working that day.
73. You will die before finding out if anyone actually does buy all those black and white hand-knit sweaters in the Tallinn Old Town.
74. You can name from memory all the really big musical acts that have performed in Estonia.

75. You don’t give a damn about religion, but get lost in a spiritual section of a bookshop for hours.
76. You know the names of all three black people living in Estonia.
77. You think €1,000 per month counts as a decent salary.
78. A person who speaks three languages isn’t the slightest bit impressive.
79. Your biological clock senses with perfect accuracy the 15 minutes since you’ve parked your car in the centre of town.
80. You wait for a green light at a pedestrian crossing even when there is no traffic to be seen.
81. You like “kiluvõileib” (sprat sandwich). 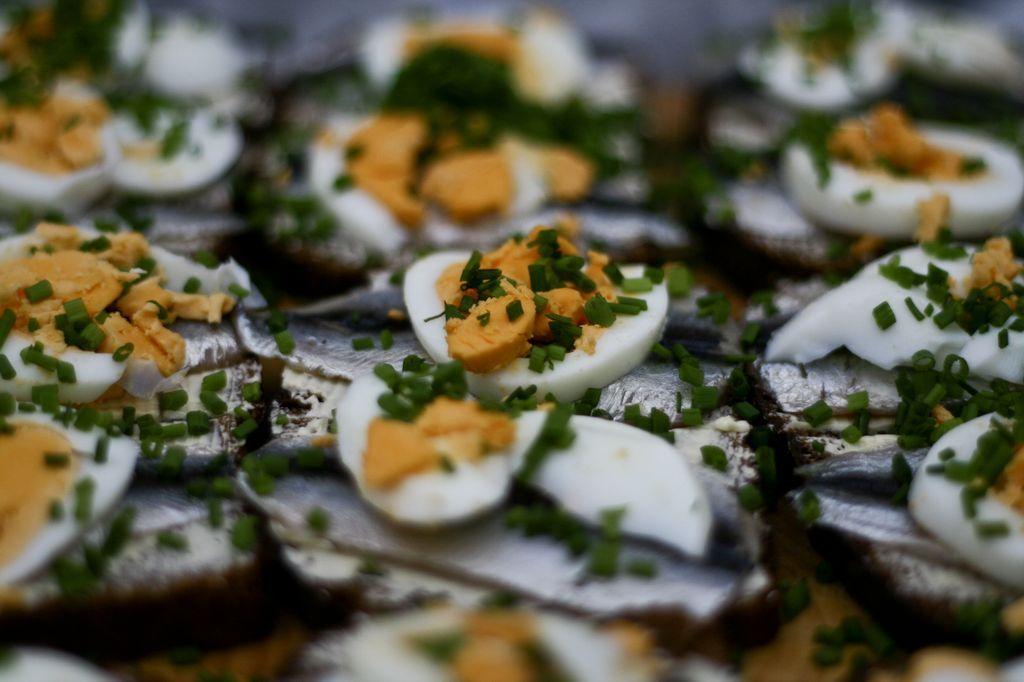 82. If it takes more than 10 minutes to drive somewhere within the city, you are mildly annoyed because it is too far.
83. You know who Carmen Kass is.
84. Your doctor prescribes a visit to a tanning salon.
85. You take it as inevitable that you will need to go abroad for some things: clothes, footwear, books, theme parks…
86. First-graders with mobile phones no longer surprise you.
87. People who type slowly and carefully using only their index fingers are subconsciously considered to be foreigners.
88. The most difficult subjects you learned at school were Estonian history, Estonian geography and Estonian literature. And Russian.
89. You can speak with pride of Estonia’s tallest mountain (Mountain Suur Munamägi – 318 m).

90. You can at times drink hot tea to hot food.
91. You use a mobile phone to pay for your car parking.
92. On 23 June, you feel the irresistible urge to drink beer, eat barbeque meat, light a bonfire and stay up all night (it is “Jaanipäev” or St John’s Eve). 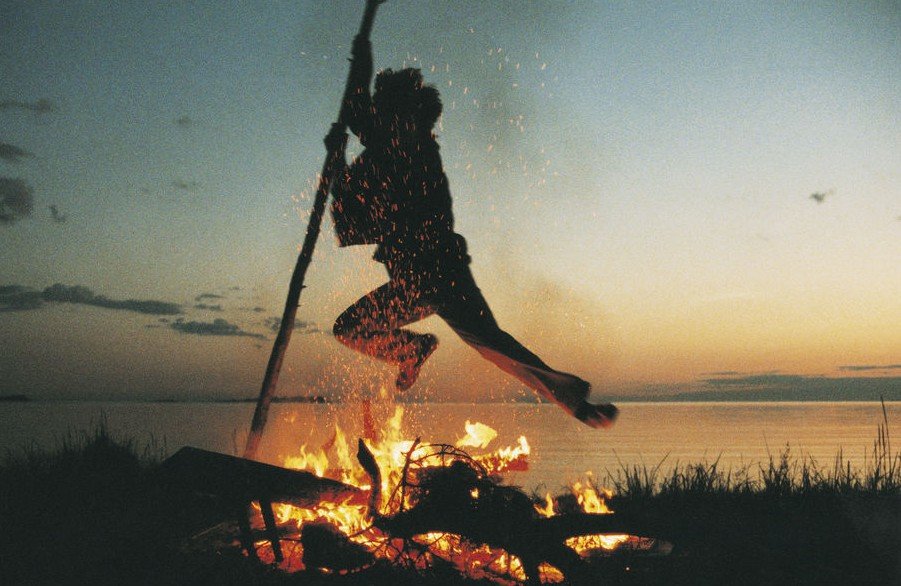 93. When you hear “Kristina”, you think of Shmigun, not Aguilera.
94. Every year you believe, deep in your heart, that Estonia will once again win the Eurovision Song Contest.
95. Potato to you is the same as rice to a Japanese.
96. You consider summer to consist of three weeks of bad skiing weather.
97. You can’t imagine your life without “Kalev” chocolate and “Viru Valge” vodka.
98. You’re proud that Ernst Hemingway wrote that you can find at least one Estonian in every harbour in the world.
99. Ten months of the year it is too dark to be up and two months it is too light to go to bed.
100. It is yours to fill up…

Cover: Performers at a song festival (photo by Kaarel Mikkin.)